Home Immigration in the USA The 'Public Burden' rule has come into force: the main thing an immigrant needs to know

Effective February 24, 2020, the US Citizenship and Immigration Service will apply the Final Rule on the inadmissibility of a "social burden" throughout the country, including the state of Illinois - after a "judicial victory" overturning the ban in this state, the official website says. USCIS. 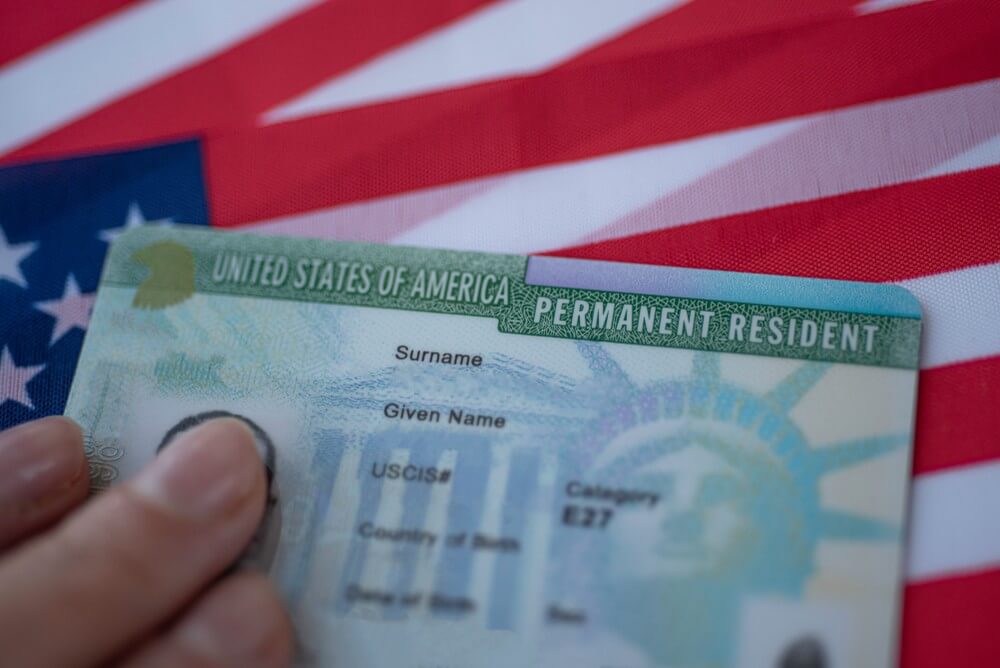 The final rule, published on August 14, 2019 and originally scheduled to take effect on October 15, 2019, prescribes how the Department of Homeland Security will determine the grounds on which a foreigner is an unacceptable person and is not allowed to change his status to lawful permanent resident status. as it may become a “public burden” at any time under section 212 (a) (4) of the Immigration and Citizenship Act.

The Final Rule also refers to the authority of USCIS to issue collateral bonds for status change applicants. Finally, the rule includes a requirement that foreigners who wish to extend their non-immigrant stay or change their status demonstrate that they have not received public goods beyond the established threshold from the moment they receive non-immigrant status, which they seek to extend or change.

Starting February 24, the United States will begin to block the path to green cards and some visas to more foreigners based on the assumptions of the US presidential administration about whether these people will ever be able to burden taxpayers, writes Axios.

Why is this important? In the first place, the long-awaited “Social Burden” rule will actually become a test of wealth and health that could prevent hundreds of thousands of people from making the United States their rightful home.

“It's like the administration is saying, let's get as close as possible to the 1924 law that restricted immigration from anywhere in the world except Northern Europe,” said Doug Rand, co-founder of Boundless Immigration, who was previously involved in immigration policy at the Obama White House.

Factors that may reduce an immigrant’s chances of receiving a green card:

Immigrants who have used the specified benefits for a certain amount for 3 years starting February 24, 2020 will almost certainly be denied a green card or entry to the United States.

The big picture: the administration will begin to restrict all green card applicants and some visa applicants who are deemed likely to be eligible for benefits such as Supplemental Nutrition Program (SNAP), housing vouchers or Medicaid at any time in the future.

Between the lines: almost none of those who arrived in the United States on a short-term visa has the right to receive public goods, so the vast majority of these people will not be affected by the new rule.

The new rule does not apply to humanitarian immigrants such as refugees, asylum seekers and victims of trafficking.

But anyone applying for a green card - plus an unpredictable number of more than 12 million tourists a year, business travelers, international students, and temporary workers coming from overseas - will now have to fill out additional paperwork with personal details that can determine if their nominations will be approved.

“Health care, education, family size, income, resources and public goods will be taken into account,” warns the website of the Migration Policy Institute (MPI). It also says that "certain factors will be heavily weighted, for example, if income or resources of at least 250 percent of the poverty line are assessed positively, then the current or recent use of these public goods will be weighted as a very negative factor," adds Newsweek.

On the subject: The court ordered the return of deported illegal immigrants to the United States and pay them compensation

In numbers: up to 400 people may lose their green cards or visas each year due to new rules, according to Rand.

In 2018, the Department of State introduced a limited version of this guide for consular staff. In the same fiscal year, there were four times as many refusals to potential applicants for the role of “public burden” as in 2017.

What the authorities say: Now the new information needed to apply for a green card and some visas is extensive, detailed and personal.

Many law firms and lawyers representing businesses and employees are concerned that this could violate state or local privacy laws, said Axios Jesse Bless, Federal Director of the American Immigration Lawyers Association.

“This is all part of the invisible wall that the administration is building,” Bless said. "They make everything so burdensome that employers or individuals who might sponsor family members don't do it."

What to look for: the court will have more legal problems that may violate the implementation of the new rules.

Although the Institute for Migration Policy notes that it’s “impossible to know exactly” who will be denied admission to the US or a change in status according to the criteria of the US government, the MPI analysis paints a picture of who may be threatened with denial.

“Using census data to survey the characteristics of current green card holders, MPI found that 43% were not working or attending school; 39% speak little or no English; 33% have incomes below 125 percent of the poverty line; 25% do not have a high school diploma, and 12% have an income below 125% of the poverty level and are under 18 or over 61, ”MPI said.

Already, immigrant protection groups are warning that a few months before the Social Burden rule was slated to take effect, it had already had an impact on immigrants.

An Institute report published last year found that even in 2018, one in seven adults (13,7%) in immigrant families said that he or at least one of his family members decided not to participate in the benefit program “because fear of risking future legal status ”.

Among adults in low-income families, this figure was even higher: one in five (20,7%) adults said they were too afraid to claim benefits, fearing a negative impact on getting a green card or visa.

Even among non-US citizens who are already permanent residents and will not be affected by this rule, polls showed signs of a “fright effect”. Researchers argue that "although the proposed rule does not affect these groups of people, we still find that 14,7% of adults in families in which all non-citizens are permanent residents do not participate in the benefits program."

Despite widespread backlash against the rule, the USCIS appears to have celebrated the Trump administration's "judicial victory" after obtaining Supreme Court approval to extend the policy to Illinois, as stated on the agency's website.

Illinois was not the only state in which they tried to prevent the rule from taking effect. After his attempt to sue the Trump administration failed in the Supreme Court, California Governor Gavin Newsome said the consequences of this rule would be “devastating” for residents of his state.

“Due to the Community Burden rule, families are already starving and people are avoiding essential medical care,” Newsom said in a January statement. "California will continue to fight these efforts that terrorize immigrant families."

Earlier, the US Citizenship and Immigration Services published revised and updated forms that comply with the final rule on the inadmissibility of a “social burden,” which will be implemented by the US Department of Homeland Security and USCIS on February 24, 2020. Starting from the indicated date, applicants and petitioners will have to use new edition forms.