The U.S. immigration system has experienced many changes commissioned by the Trump administration during 2019. Some of them will enter into force in 2020, writes Miami Herald. 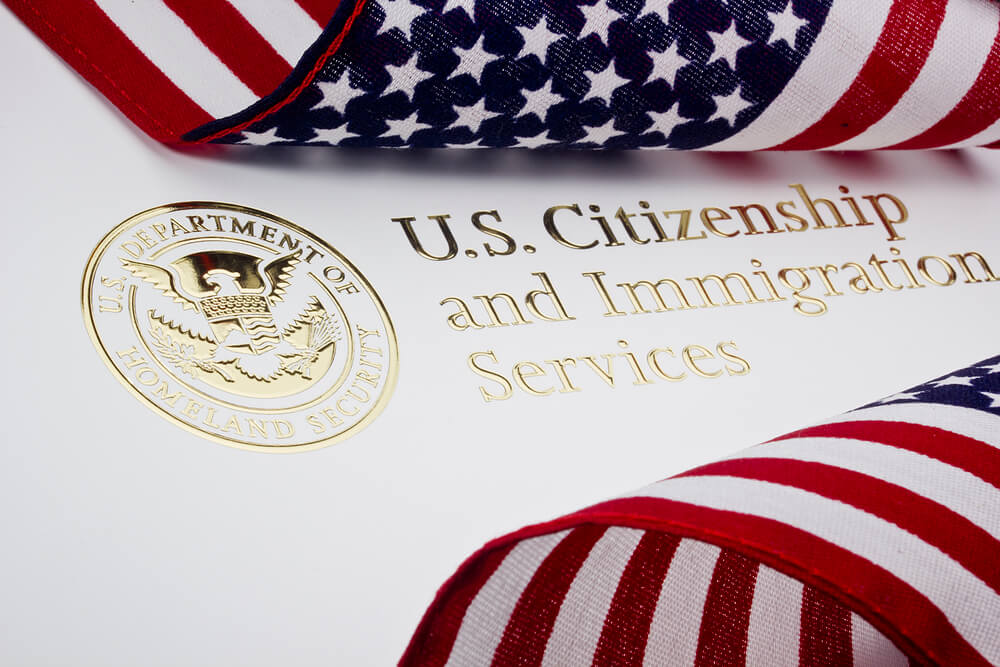 The changes adopted by the US Citizenship and Immigration Services (USCIS) will have a significant impact on the lives of millions of immigrants legally residing in the United States.

Designed to reduce legal immigration and strengthen the Department of Homeland Security's ability to enforce immigration laws, some of the changes hamper the immigration process. Others optimize the path for immigration benefits.

Here are five important changes to U.S. immigration policy that have been adopted or proposed in 2019 and will affect immigrants in 2020.

This year, USCIS plans to increase its fees, including - by 83% increase the fee for obtaining US citizenship by applying for naturalization - from 640 to 1170 dollars.

An unprecedented move would also be the collection of $ 50 from asylum seekers for their application. This will make the United States one of only four countries in the world that charge humanitarian protection fees.

It is expected that soon the USCIS will publish the final rule with all new tariffs.

Changes in citizenship test, as well as new reasons for refusal

During fiscal 2019, USCIS approved citizenship for 834 legal permanent residents, which, according to government statistics, is an 000-year high.

In FY 2019, naturalization numbers reached an 11-year high with 834,000 #NewUSCitizens and approximately 4,000 naturalization ceremonies. We look forward to improving our immigration efforts and welcoming more US Citizens in 2020! # USCIS2019Highlights pic.twitter.com/RH68J7oO31

But permanent residents who apply for citizenship after December 2020 will face a more difficult test. In it, immigrants will have to prove that they can read, write and speak basic English, and also have the necessary knowledge of US history and government. Difficulties will arise due to the revision of the current exam ordered by immigration officials.

In a memorandum called "US Citizenship Exam Review"It was announced that exam questions about the US government and history would be amended, as well as an oral English test.

USCIS has also expanded its list of behaviors that will reflect a lack of good moral character - one of the key requirements for naturalization. The new manual describes in detail 15 examples of “illegal actions", Which adversely affect the moral character for the purposes of naturalization (paragraph 3 of" Examples of Unlawful Acts ").

The transition from paper to digital applications for immigration benefits is important priority for USCISAccording to a government agency press release on the company's achievements in 2019.

It also says that the new forms for electronic filing of applications in 2020 will include I-485, an application for registration of permanent residence or adjustment of status; Application I-765 for employment; Application I-131 for travel document; Petition I-129 for a non-immigrant worker; and I-589 application for asylum and deferred expulsion.

On the subject: You can now apply for a work visa in the USA online: process details

New digital forms will be added to a series of online self-help tools that now allow immigrants to keep track of their progress and help speed up the process.

USCIS amended the rules regarding the concept of “social burden” (“public charge») As grounds for obstructing permanent residency or entering the United States on an immigrant visa. “The final rule includes definitions of certain terms that are critical to the definition of public fees,” as described in detail in the Federal Register.

A “burden for society,” or a person on state security, is “a person who receives one or more designated public benefits for more than 12 months in total for any 36-month period.” Government assistance may come from nine programs.

Thirteen states have filed a lawsuit to block the public charging rule, which has delayed its application until a decision is made on the trial in the next few months. 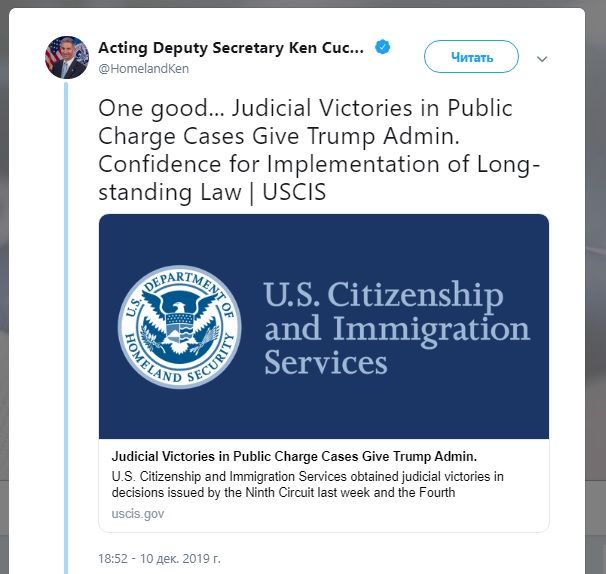 The Trump administration plans to amend the rules regarding the right to participate and the waiting time for work permits for some asylum seekers in the United States.

These include an increase in the waiting period for applying for a work permit, a refusal to issue permits to asylum seekers who illegally enter the United States, an immediate termination of the permit in case of rejection of the asylum application, and a cancellation of the 30-day period for USCIS to decide on work permit applications.

USCIS separately proposed the cancellation of the current 30-day deadline for granting or rejecting a work permit that begins on the date the asylum seeker applies for it. The agency also wants to amend a provision requiring applicants to apply for renewal with the USCIS 90 days prior to the expiration of their employment authorization, in accordance with DHS notice.

This decision complements one of the harsh measures taken by the administration to reduce immigration: a new rule rejecting asylum claims for migrants on the southwestern border of the United States. This rule allows USCIS to ban asylum claims for immigrants who travel through a third country on their way to the United States and have not sought asylum in that country.

From America to Russia: how to send gifts to relatives according to all the rules and not overpay