President-elect Joe Biden will not officially move to the White House until inauguration day, a political parade of sorts, when Biden and his vice president Kamala Harris take the oath. From COVID-19 protocols to security concerns and Lady Gaga's speech - Air force tells everything there is to know about an important day. 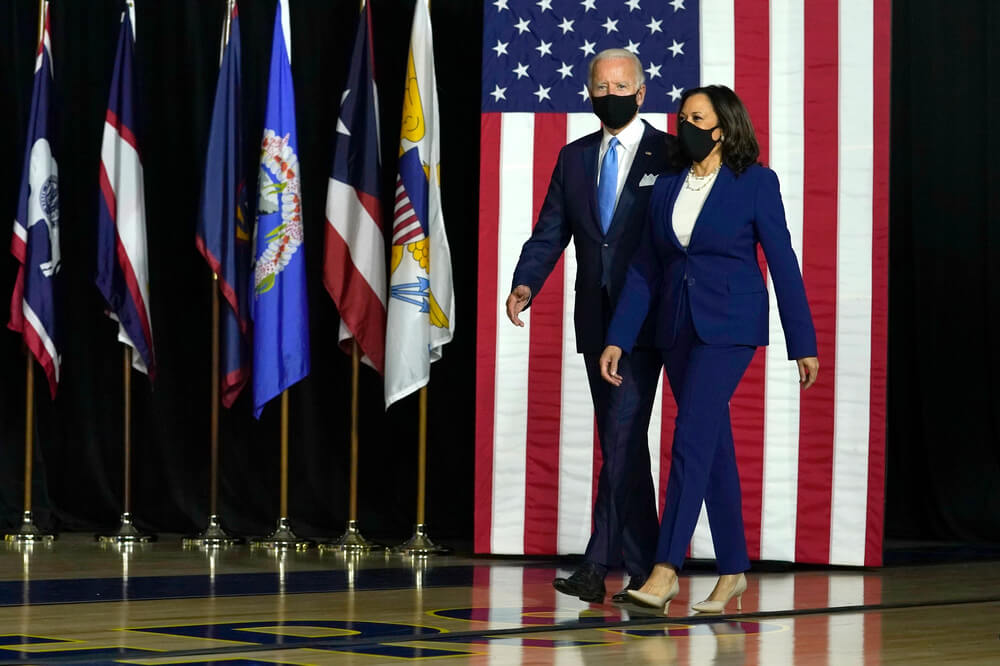 The inauguration is an official ceremony marking the start of a new presidential term, and it takes place in Washington.

The only required part is for the President-elect to take the oath: “I <name> solemnly swear (or“ declare ”) that I will faithfully fulfill the duties of President of the United States and will uphold, protect and defend the United States Constitution to the best of my ability. ”.

As soon as Biden utters these words, he will officially become the 46th President of the United States - the inauguration will end there, but after it the celebration will begin.

Kamala Harris will become vice president after taking the oath of office, which usually happens shortly before the president is sworn in.

When will Biden's inauguration take place?

By law, the day of inauguration is January 20. Opening remarks are usually delivered around 11:30 EST (16:30 GMT), and Joe Biden and Kamala Harris will be sworn in at noon.

On the same day, Biden will move to the White House, which he will own for the next four years.

A presidential inauguration is usually associated with detailed security plans. This is especially true after a crowd of Trump supporters stormed the US Capitol on January 6.

The FBI warned of armed protests in state capitals throughout the United States, as well as in Washington in the days leading up to the inauguration. In this regard, officials are forced to strengthen security.

Biden and his team's planned 90-minute trip from their Delaware office to Washington has also been postponed due to security concerns.

A state of emergency has already been declared in Washington, DC. The order was given by Mayor Muriel Bowser during the riots on Capitol Hill, and it will be in effect until the inauguration.

The Department of Homeland Security has extended a special appointment for the inauguration security force, which began operations a week before the ceremony, to provide additional training. The Secret Service took over the management of security plans with the support of approximately 15 National Guard troops in addition to thousands of police officers.

And while Biden has traditionally insisted on taking the oath on the street, attendance will be reduced.

In recent years, the newly elected presidents have added some of the country's most beloved performers to the program of the day. Despite the pandemic, this year will be no different.

Biden and Harris will be joined by Lady Gaga, a supporter of the new president, who campaigned with him several days before the election. Lady Gaga will sing the anthem and Jennifer Lopez will perform during the musical part of the ceremony.

When Biden is sworn in, actor Tom Hanks will host a 90-minute primetime TV show - a safe substitute for celebrations that are usually held in person. The show will feature Jon Bon Jovi, Demi Lovato and Justin Timberlake and will air on all major US networks and streaming platforms (with the exception of Fox News, the conservative network that has actively supported Trump during his presidency).

In 2009, Aretha Franklin performed at Barack Obama's inauguration, performing My Country 'Tis of Thee. Beyoncé was also present: she sang At Last. President Obama invited Kelly Clarkson and Jennifer Hudson to his second inauguration in 2013. Beyoncé sang the national anthem this time.

According to information, Donald Trump had more problems with the selection of performers. Elton John turned down Trump's offer to speak, Celine Dion, Kiss, and Garth Brooks did the same. In the end, the Rockettes, country performer Lee Greenwood and the 3 Doors Down accepted Trump's invitation.

Will Trump attend the ceremony

Usually the outgoing president oversees the swearing-in of the next one, but this year things will be different.

“To everyone who asked, I will not go to the inauguration on January 20,” Trump tweeted on January 8.

This came shortly after the president made a commitment to "streamline" the transfer of power to the "new administration" - the closest step to publicly giving up the race to Biden.

Some of his supporters have already taken a step forward by scheduling Trump's virtual "second inauguration" on the same day (and time) that Biden takes office. More than 68 people have said on Facebook that they will attend the online event to show their support for Trump.

However, Vice President Mike Pence said he would attend the official inauguration.

When Trump was sworn in, Hillary Clinton joined her husband, former President Bill Clinton, during her inauguration, just two months after her election defeat and a fierce campaign against Trump.

Only three presidents - John Adams, John Quincy Adams and Andrew Johnson - have missed the inaugurations of their successors, and not a single such has happened in the last century.

How COVID-19 Will Change This Year's Ceremony

Hundreds of thousands of people would come to Washington, DC under normal circumstances. When Obama was sworn in for his first term in 2009, the city was estimated to have raised $ 2 million from visitors.

But this year the scale of the celebration will be "extremely limited," Biden's team said and urged Americans to avoid traveling to the capital, a call echoed by the DC authorities after storming Congress.

Biden and Harris will still take the oath in front of the US Capitol overlooking the National Mall (a tradition that began with President Ronald Reagan in 1981), but the viewpoints that were built along the parade route will be torn down.

Previously, up to 200 tickets were issued to participate in the official ceremony, but this year, due to the pandemic, only about 000 tickets will be available.

This year there will still be a "parade" ceremony - a traditional part of a peaceful transfer of power, when a new commander-in-chief inspects troops, but instead of the usual parade along Pennsylvania Avenue to the White House, organizers are going to hold a "virtual parade".

Biden, Harris and their spouses will then be escorted to the White House by the military, including an orchestra and drum corps.

How to get tickets for the inauguration

Each Senator and Member of Congress has a dedicated number of free tickets to give away. This year, the pandemic-limited number is every government official plus one guest. Commemorative tickets will be available to voters after inauguration day.

Why the inauguration takes place in January

The inauguration in January did not always take place - the Constitution originally named March 4 as the day of the oath. Choosing a date four months after the November general election made sense given how long it took in the old days for votes from across the country to reach the capital. But this means that the transition period, while the outgoing president is still in power, has been a long one.

Eventually, as modern advances made it easier to count and report, these long deadlines were changed. The 20th Amendment, ratified in 1933, ordered the new president to take office on January 20.

Trump supporters planned the storming of the Capitol in advance: now they are discussing a new