Home In the U.S. Biden's headquarters began selling T-shirts with Trump's portrait and the phrase: 'Maybe you will shut up?'

During the first part of the presidential debate, Joe Biden made a remark to Donald Trump: "Maybe you will shut up?" Now this quote is printed on T-shirts by Biden's campaign along with a portrait of Trump. Fox News. 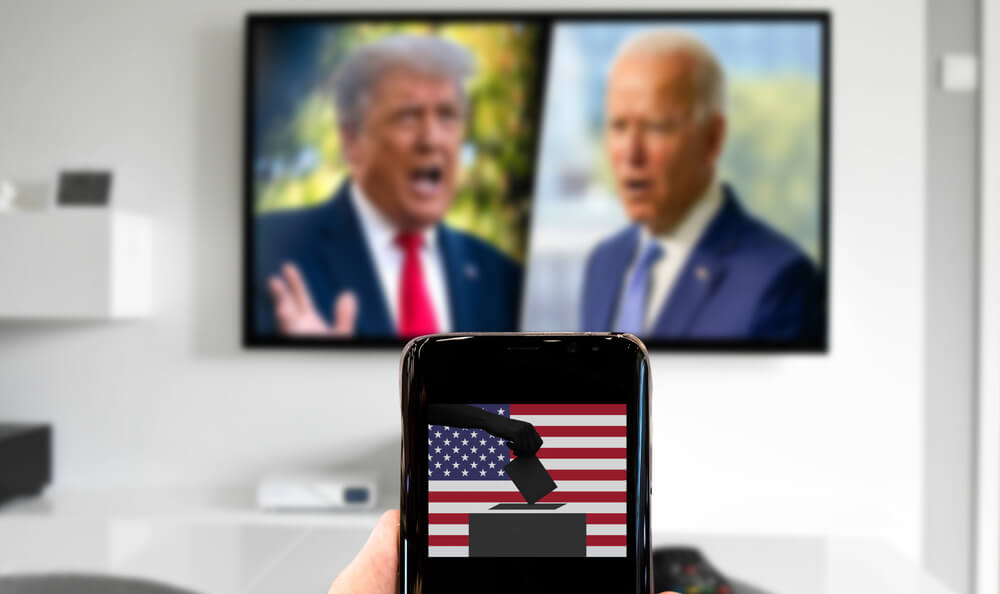 During the first presidential debate between President Trump and former Vice President Biden on Tuesday evening, September 29, there was no shortage of harsh language, and now Biden's campaign has decided to go ahead and print them on a T-shirt.

The T-shirts, which have been available on the Biden Victory Fund website for a while, bore the phrase “Can you shut up?” - a reference to a remark made by Biden during one of several occasions where President Trump interrupted the former vice president throughout the debate.

The shirts were priced between $ 30 and $ 33. The proceeds from each purchase will be considered a donation to the Biden Victory Fund.

The Hill also revealed that the shirts were available for purchase even before the debate ended. Probably, they were quickly sorted out - the position on the site is inactive (but the screenshots were saved on the Web).

On the subject: Coronavirus, taxes and two winners: how the first presidential debate went

Biden made his remark during the first part of the Supreme Court debate.

Fox News' moderator Chris Wallace asked Biden if he supported an end to piracy and if he would expand and "pack" the Supreme Court with his own candidates if elected. But during the time allotted to Biden, Trump interrupted him repeatedly.

"Would you shut up?" Biden asked.

“This… this is so unpresidential,” he added of Trump's behavior.

Biden would later call Trump "the worst president the Americans have had."

The online store currently offers a wide variety of apparel and T-shirts, one of which reads: "I paid more income taxes than Donald Trump."