Home In the U.S. Trump signed a decree on US health care reform: what will replace Obamacare

The main provisions of the Trump concept: reducing the cost of health insurance and prescription drugs, ensuring transparency in the pricing of medical services, protecting patients with chronic diseases and the possibility of exporting more affordable drugs from Canada, writes "Voice of America". 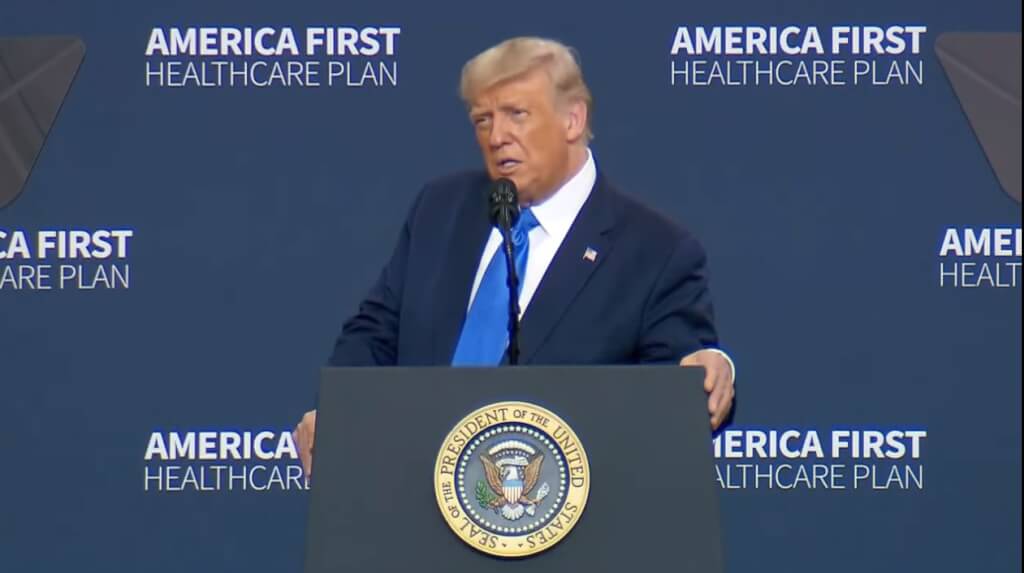 President Donald Trump signed a decree to begin health care reform in line with the White House's America First: A Health Plan. The head of state announced this during his speech in Charlotte, North Carolina.

Trump: Democrats want to create a "socialist nightmare" in healthcare

Introducing his concept, Trump said that the Democratic Party is proposing a "socialist nightmare" in American health care. The Democrats' plans, the president said, will lead to "shrinking medical options, denying (treatment options), waiting lists (for medical procedures), expelling the best doctors from medicine, and delaying the release of life-saving drugs."

Trump recalled that more than 130 Democrats in Congress, including Kamala Harris, the Democratic vice presidential nominee, “passed legislation banning private healthcare plans for 180 million Americans. On top of that, former Vice President Joe Biden has pledged to provide free federal health care to any foreigner who illegally crosses our border. His plan to provide public health care to illegal immigrants will bankrupt our health care system, destroy our hospitals and destroy Medicare, ”the president said.

Trump's plan: canceling the penalty for refusing to buy insurance and reducing the prices of insurance plans by up to 60%

Trump said his proposed option is much better than Obamaker. The current administration believes it has canceled the "worst part" of Obama's plan to make it mandatory for all Americans to purchase health insurance. In addition to canceling the annual fine for refusing to buy insurance, the White House, according to the president, was able to reduce the cost of insurance plans.

He stressed that his administration is in the process of overturning Obamaker's actions in court.

“If we win, we have a better, less expensive plan that will always protect people with existing chronic conditions. If we fail, then the existing plan is already much better than the original version of Obamaker. "

Trump said his administration's version would give Americans the freedom to choose insurance plans that work best for them and their families. The new insurance, according to the president, is 60% cheaper than the previously existing plans under Obamaker. Small businesses will also be able to purchase insurance for their employees - small companies will be able to unite and offer their employees more affordable health insurance options. The President explained that work is now underway to ensure that individual contributions for medical care are fully deducted from the tax base.

Trump authorizes the import of Canadian drugs into the United States

Another important aspect of the forthcoming reform is the massive export of prescription drugs produced in Canada. Now, for example, governments in any state can go to Canada and buy drugs for a fraction of the price they currently pay for American drugs. The authorities of Florida and Colorado are now thinking about this, as Trump said. The President stressed that the possibility of exporting cheaper Canadian medicines will help the elderly in particular; the changes will happen very quickly, because the new rules for the export of drugs from Canada come into force today.

On the subject: 18 Ways to Cut US Medical Costs

Joe Biden: "Healthcare is a right, not a privilege"

Democratic presidential candidate Joe Biden has repeatedly accused Trump of "getting out" of the coronavirus pandemic crisis, promoting "crazy" treatments and "not listening to scientists."

Biden and fellow vice presidential candidate Senator Kamala Harris criticized Trump's healthcare policies in an August 24 interview with ABC News. Biden said that if elected, he would follow the recommendations of health experts, including re-closing the country's economy if required to stop the COVID-19 pandemic.

Harris and Biden tried to iron out some of their differences on issues such as health care during the interview. Harris supported the idea of ​​universal free access to health care, while Biden, as vice president under President Barack Obama, helped him enact the Affordable Care Act and wants to add public insurance to the existing private insurance market.

“We both believe that healthcare is a right, not a privilege,” Biden said.