Home In the U.S. Coronavirus, taxes and two winners: how the first presidential debate went

Even before the start of the first presidential debate, Donald Trump's campaign headquarters announced an early victory for the owner of the White House. According to the results of opinion polls, Joe Biden is in the lead in the presidential race. How was the debate of the candidates for the US presidency, the newspaper said with the BBC. 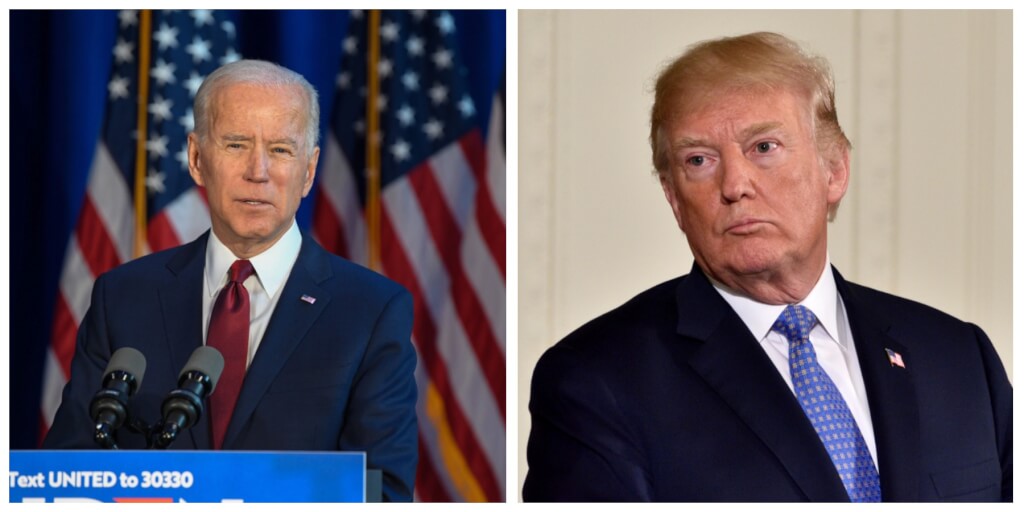 Reports that Trump's first presidential debate of this election season ended in victory were received by his supporters a few hours before the start of the television broadcast.

US East Coast time, the first presidential debate was supposed to begin at 21:00 p.m., but already at 18:30 p.m., the incumbent's campaign headquarters emailed messages that Trump had defeated his rival.

“I ended the debate with Joe Biden by demonstrating to the Americans that I will always fight for our country to be first, no matter what, and that I will never stop working to make America great again,” the message says. President of the United States.

Following this, Trump's supporters received several more messages, signed by the head of the White House, asking for financial donations to his campaign headquarters.

“You have to help make today our best fundraising day ever,” reads the message asking for $ 5 to $ 20 to donate to the campaign and promising Trump to increase the donation by 800%.

"Maybe you will shut up?"

The presidential debate in the United States is considered the last chance for White House applicants to change the minds of voters in so-called wavering states.

So far, according to the results of all opinion polls without exception, Biden is leading in the presidential race, ahead of his rival by almost 10 points.

On the subject: Obama published his phone number and offered to discuss the US presidential election

On the eve of Trump's campaign headquarters, repeatedly stated that his rival suffers from senile dementia. The president demanded that his opponent pass a drug test before the debate, as well as check whether Biden uses a hidden earpiece for prompts during the debate?

The Democratic candidate declined to check, but during a debate moderated by Fox News anchor Chris Wallace, Biden called the head of state a "liar" and "clown", claiming that he was "the worst president in US history."

Accusing Trump that it is because of him that the United States is leading in the global statistics of deaths from the coronavirus, Biden said that the number of victims would have been lower if the US president "was much smarter."

“Did you use the word smarter? Trump asked in response, recalling that Biden did not have good grades in college. “Never use the word“ smart ”when talking to me.”

Trump mentioned several times during the debate the son of his rival Hunter Biden, who had worked for the Ukrainian company Burisma, and before that was fired from the US military for drug use.

Trump called Hunter Biden's dismissal from the army "unworthy", recalling reports that at one time the consulting firm he headed allegedly received $ 3,5 million from the widow of the former Moscow Mayor Yuri Luzhkov, Elena Baturina.

“This is a lie,” Biden said shortly, stressing that his son served in Iraq, and the head of the White House, according to US media reports, called military veterans and military personnel “losers”.

At the very beginning of the debate, all these accusations seem to have seriously offended the former US Vice President.

"Maybe you will shut up?" - Biden turned to his opponent.

By the way, Biden's campaign headquarters immediately posted this phrase on T-shirts, which will be on sale in the United States this week.

“We can talk about family and ethics,” the former vice president added. - I do not want to do this. We can talk all night not about mine, but about his family. ”

He tried to clarify why the US president, who calls himself a billionaire, paid only $ 2016 in taxes in 750. This is less than what teachers and nurses pay in the United States.

“My family lost a fortune because we came to Washington and started reforming the government,” Trump retorted, refusing to answer questions about his taxes.

After several attempts to blame the US president for economic troubles and rising unemployment figures, Biden seems to have given up.

“You can't get any reasonable answer from this clown,” he said quietly.

Discussing the COVID-19 pandemic, Trump said that the COVID-19 vaccine will be created in the US before the elections in early November and immediately thereafter "will be available" to everyone.

“And this is the same person who told you that even before Easter in April, the virus will disappear, that warm weather will help it magically disappear,” Biden said. “And maybe you can inject yourself with dishwashing detergent and be cured.”

“I said that with sarcasm,” replied Trump, who did indeed suggest using dishwashing detergents as a cure for the coronavirus during a White House briefing.

This debate is the first of three to be held between the president and the Democratic presidential contender.

According to rumors, which have been discussed in Washington for the second week now, Trump, who is losing in sociological polls, may abandon subsequent public discussions and declare that he is not going to participate in the next debate.

You can watch the broadcast of the debates in Russian by link.