Home Educational program Do not touch: 5 the most dirty places on airplanes

In flight, little seems clean enough, given how many strangers surround you. Of course, you can’t make the flight shorter or the places more convenient, but you can make your experience more hygienic, avoiding the most dirty places on airplanes. 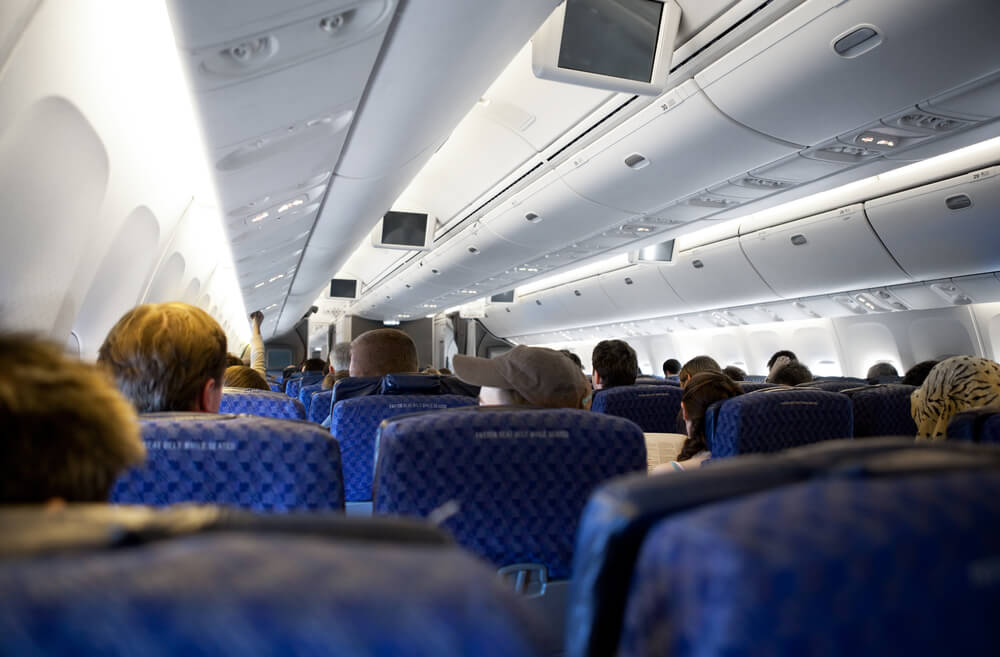 Humidity in the cabin is lower than 20%, while humidity in a normal living room is usually higher than 30%, according to the World Health Organization. Exposure to dry air affects mucus, the front line of defense of the immune system, slightly increasing a person's vulnerability to infections, writes T... A 2004 study in the Journal of Environmental Research found that people are 113 times more likely to catch colds while flying than when traveling on land.

But, in addition to humidity, there are other risks. Here are some particularly dirty places to avoid.

Potentially the dirtiest place on an airplane is right in front of you and in your lap. A 2015 TravelMath study that tested samples from hard surfaces on airplanes found that a table surface contains more than 8 times more bacteria than toilet flush buttons: 2155 colony forming units of bacteria per square inch compared with 127 CFU per square inch (this is the standard rate for a home toilet).

On the subject: A simple experiment helped find out which places on the plane are the dirtiest.

Dr. Charles Gerba, a microbiologist at the University of Arizona, reports that colds, human parainfluenza viruses, norovirus (which can cause diarrhea and vomiting) were found on tables that he tested during the studies. superbacteria MRSAwhich causes skin infections and is life threatening. A large number of bacteria is probably due to the fact that the cleaning crews do not have enough time between flights to wipe the tables.

Wipe it with a disinfectant before using it, says Dr. Michael Zimring, director of travel medicine at the Mercy Medical Center in Baltimore. Do not eat anything directly from the surface of the folding table; place food solely on a paper plate or packaging.

Two elements of the plane that are frequently used but rarely cleaned. The vents above each seat are great for circulating ventilated air, but TravelMath testing found 285 CFUs per square inch on their surface - more bacteria than a toilet.

Buckle seat belts showed results in 230 CFU per square inch, which is not surprising, since each passenger touches his buckle at least twice during the flight.

Experts recommend taking a hand sanitizer bottle with you and periodically use it.

Toilet rooms are cleaned regularly - United, Delta and American Airlines told Time that they are disinfected at night and between long-haul flights.

But Gerba notes that after visiting about 50 people, toilets are still the main place for infection. He found the fecal E. coli E. coli on some of the sinks, handles, and toilet seats he tested. TravelMath found that the drain buttons contained 265 CFU per square inch (but without fecal coliform bacteria).

Zimring recommends using a paper towel to open and close the door latch and says that this is the only precaution he always uses.

Passengers often use the seat pocket in front of them as a trash can, stuffing dirty tissues, used diapers and more. On planes that cost a little at the airport, the cleaning crews don't even have time to empty those pockets, let alone disinfect the tissue. A study by Auburn University in Alabama found that MRSA germs survive for up to 7 days on seat pocket fabric - the longest bacterial lifespan on any of the hard and soft surfaces the researchers studied.

Drexel University Medicine recommends the only way to avoid getting infected: “Just don’t touch these pockets. It’s not worth the risk. ”

Choosing a place near the aisle allows you to get up at any time convenient for you, but this freedom carries some risk.

According to Zimring, the upper parts of the aisle chairs are a source of germs from every person who walks past them and grabs or rests his hands, and many of these people have just come from the toilet. So be careful when touching the area next to the headrest at the aisle, and it's probably best not to fall asleep there.

On the subject: Named the safest place in the plane

The location near the aisle puts passengers on the line of fire in the case of any infectious viruses that can bring on the plane.

A study published in Clinical Infectious Diseases analyzed a flight from Boston to Los Angeles, which made an emergency landing due to outbreaks of vomiting and diarrhea. Researchers found that people sitting in the aisle were more likely to become infected with norovirus, and no association was found between the frequency of using the toilet.

“If you sit by the window, you are less likely to get sick,” confirms Gerba.

Strange odor crash landings: what could be causing and is it dangerous?

A new record was set for the duration of air travel: passengers talked about oddities on board

10 things you should never do in an airplane toilet