Home In the U.S. Kanye West is running for president again: he appointed Trump in absentia as vice president

Disgraced rapper and designer Kanye West, who recently renamed himself "Ye", has said he plans to run for president in 2024 amid a series of anti-Semitic rants and new far-right statements. TheGuardian. 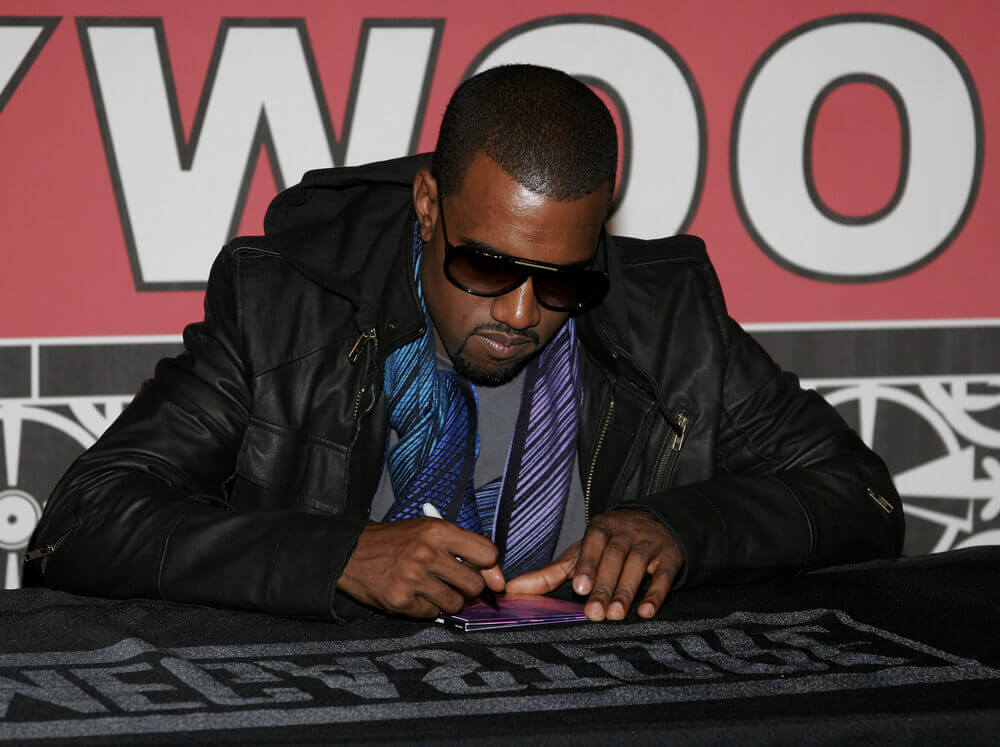 His candidacy announcement mentioned several politicians and aides associated with white supremacist movements and anti-democracy in the US.

On the subject: Trump again goes to the presidency: he officially began the election campaign with a very tough program

The revelation itself follows several fashion brands, including Adidas, Gap and Balenciaga, from partnering with the 45-year-old star over anti-Semitic comments he made online. Including the fact that he threatened to go "death sentence against the Jews."

The comment, after wearing the controversial White Lives Matter T-shirt at Paris Fashion Week, sparked massive condemnation for the rapper and was dropped by JPMorgan, his CAA talent agent, lawyers and record company. The rapper later said he lost "$2 billion in one day".

Twitter and Instagram temporarily blocked his accounts. The rapper took to the Fox News channel on Tucker Carlson Tonight and made new inflammatory comments, this time about his ex-wife Kim Kardashian and pop star Lizzo. He told former CNN anchor Chris Cuomo that his anti-Semitic comment was "not hate speech, but the truth."

The rapper's hesitant attempts to distance himself from these accusations fell short when anti-Semitic demonstrators mentioned him on signs raised above the 405 freeway in Los Angeles, California, and in Jacksonville, Florida. One of the signs reportedly read, "Kanye is right about the Jews."

“The anti-Semitic protests this weekend in Los Angeles were disgusting and cannot be normalized or ignored. Words matter," California Governor Gavin Newsom tweeted.

The presidential race is the second for the rapper. During the first, in 2020, he won the right to vote in just 12 states, unsuccessfully sued for access to five more, dropped four, and missed registration deadlines in 29 more states.
He held one very emotional rally in South Carolina where he spoke about his anti-abortion views, funded two television ads, and ended up winning just 70 votes across the US.

The rapper's announcement of a second attempt to run for the White House was made with a video of his social media campaign logo captioned "Ye24". In it, he claimed to have asked Donald Trump to be his partner, a suggestion that "greatly angered" Trump.

"Trump's biggest concern was that I asked him to be my VP," Kanye said in a video posted to his newly unbanned Twitter account. “I think it took him by surprise.”

A few days ago, the rapper was spotted in the company of white nationalist Nick Fuentes at the Trump Country Club in Mar-a-Lago. In a follow-up video titled "Mar-A-Lago Debrief", the rapper said that Trump "started literally yelling at me at the table saying I was going to lose. Has this ever worked for anyone in history? I said, “Wait, wait, Trump, you are talking to Ye.”

Fuentes is known for his violent anti-Semitic views, as well as extreme racism, misogyny and fascism. He founded a white nationalist organization called the America First Foundation. He was labeled a white supremacist by the Justice Department and banned from several social media platforms.

In the video, the rapper praised Fuentes and called him a "loyalist".

On November 24, the rapper revealed that he had appointed Milo Yiannopoulos, a far-right British commentator, to head his 2024 campaign.

Yiannopoulos also has a long history of anti-Semitism, including donating $14,88 to a Jewish journalist. 14 refers to the so-called white supremacist manifesto "14 Words" and 88 is used by neo-Nazis as an abbreviation for "Heil Hitler" because H is the eighth letter of the English alphabet.