Home In the U.S. Salary in the USA: new laws have deprived employers of the opportunity to ask the most tricky interview question

Usually the applicant was perplexed by the question of “How much would you like to earn?”. And now, if you know the budget for the position, answering it is much easier. In December, the New York City Council passed a law that requires employers to publish a salary range for all job openings, promotions and transfer opportunities. MakeIt. 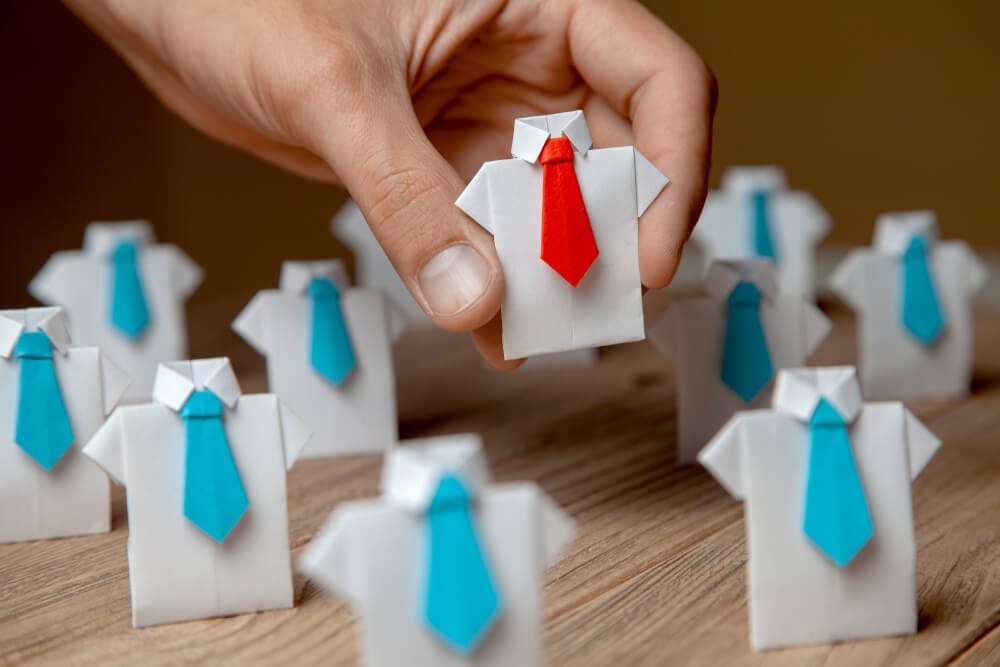 When the law goes into effect in April, the city will join the growing ranks of states and cities passing wage transparency laws across the country.

According to Andrea Johnson, director of public policy at the National Women's Law Center, in recent years there has been a move towards greater salary transparency among lawyers and legislators. Decades of research shows that wage secrecy disproportionately hurts women, Hispanics, and African-American workers, who are less likely than equally-skilled white men to negotiate a base salary or raise, and when they do, they ask for less.

Already, at least 14 states have laws preventing employers from asking job seekers about their salary, and 20 states and Washington, DC offer workers protection when discussing wages. Proponents say intensifying wage discussions, especially transparency by employers, could be another tool to help narrow the gender and racial pay gap.

On the subject: The tax season has begun: how to prepare a declaration without errors and quickly get a tax refund

This is an important shift, Johnson said: “We need to hold employers accountable for creating fair structures from the start, not job seekers to make sure they are paid fairly. This was to be expected."

Here are the states and cities where employers are required to disclose salary ranges during the hiring process.

In January 2018, California's Equal Pay Act became the first in the nation to prohibit employers from asking job seekers about their pay history. It also requires employers to disclose the salary range for a job if a job seeker asks for it after the initial interview.

As of 2020, and in accordance with Cincinnati's Prohibited Wage Request and Use, employers in the city are prohibited from asking jobseekers about their wage history. Employers must provide a pay range for the job after they have made an offer and if the job seeker asks for it.

Beginning in January 2021, the Colorado Equal Pay for Work of Equal Work Act requires employers to list a salary range and benefits on every job listing. Companies with at least one in-house employee are required to pay for any remote work that could potentially be done in-house.

Employers must also notify current employees of all promotion opportunities and keep records of job descriptions and wages.

Beginning in October 2021, employers in Connecticut must provide a salary range if a job seeker asks for it or if an employer renews an offer, whichever comes first.

Employers must provide an employee with a salary range at the time of hiring if they move to a new position or request one for their current position.

In 2020, Maryland updated its Equal Pay for Work of Equal Act to prohibit employers from asking candidates about their salary history and to require employers to disclose a salary range to job seekers upon request.

As of October 2021, employers in Nevada cannot ask about salary history and must automatically provide a salary range to job seekers after the initial interview, even if the job seeker did not ask for it.

For internal transfers, employers must specify salary ranges for a transfer or promotion if the employee has applied for it, been interviewed and requests it.

Starting April 2022, employers in New York will be required to list minimum and maximum wages on all job postings, promotions, or transfer opportunities.

Effective January 2023, the Rhode Island Equal Pay Act will require employers to provide information about candidates' pay range during on-demand interviews. Employers should disclose the range for the position before discussing salary.

Employers must disclose the salary range when an employee moves to a new position. And workers can ask their employer for a salary range for their current position.

Starting in 2020, the Toledo Equal Pay Act states that employers in the city are prohibited from asking jobseekers about their pay history. Employers must indicate the salary range for the job after they have made an offer and if the job seeker asks for it.

In 2019, Washington amended its Equal Pay and Opportunity Act to require employers to post a minimum and maximum salary range for a job after they have made an offer and if a candidate asks for it.

Employers must provide scope for internal transfer or promotion to current employees if the employee requests it. And if the scale or range does not exist, the employer must provide the employee with the expected minimum wage, which must be established before confirming entry into the position, transferring from a position or making a promotion.

Johnson says that employers have not always been so tight-lipped about wages, explaining that wage discussion has become more restrictive since the 2008 financial crisis: “The dynamic of economic power in hiring has shifted. Job seekers had less power and employers could keep their cards closed."

Johnson says that now that workers are weathering the pandemic with more job opportunities and the promise of flexible work, "we're coming out of a less transparent period."

New wage band laws are critical in the context of the economic recovery from the pandemic. Johnson said women, Hispanics, African Americans and low-wage workers who were disproportionately laid off from their jobs should be returned with appropriate support and fair pay. “We need to think about how to bring them back and rebuild the economy, and do it in a way that is sustainable for people and strengthens businesses,” says Johnson.

Publishing salary information can also save employers time by attracting applicants and weeding out those whose expectations do not match.

At the federal level, the Equal Pay Act of 1963 prohibits pay discrimination based on sex. But decades later, employers' pay practices continue to create a gender and racial pay gap. Legislators have tried to strengthen the laws with the Fair Pay Act, but little progress has been made since its passage in 1997. The House of Representatives resubmitted and passed the bill last spring, but the Senate failed to move it forward.