Home At home In Russia announced the readiness of the vaccine against coronavirus: the United States and Europe are wary

Clinical trials of the first coronavirus vaccine have been completed in Russia. In the near future, she should receive registration, after which - in October - mass vaccination should begin, said Minister of Health Mikhail Murashko, writes with the BBC. 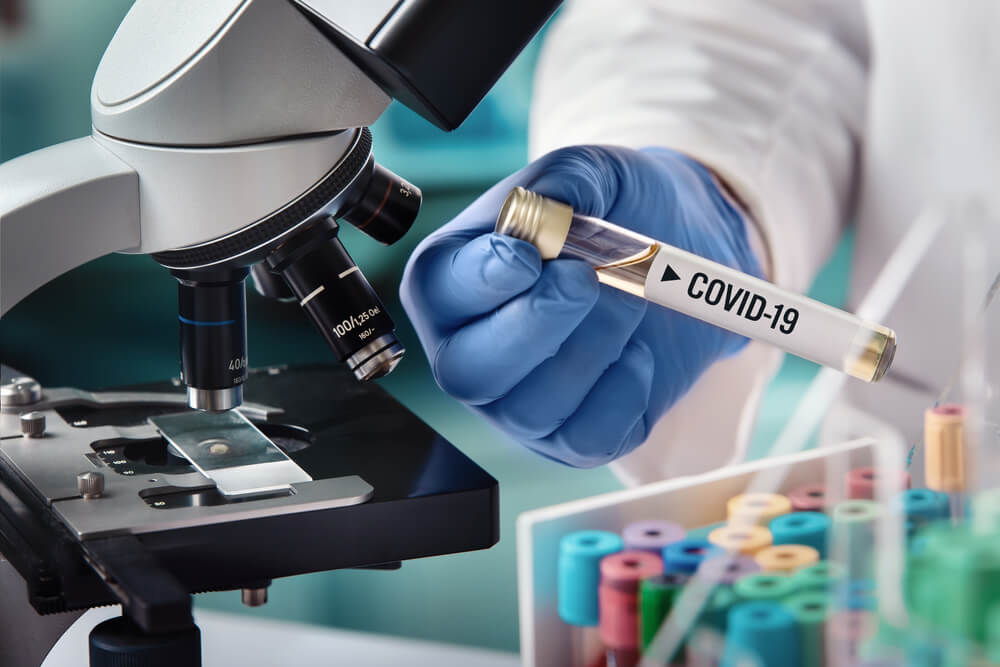 The vaccine was developed by scientists from the National Research Center for Epidemiology and Microbiology named after N.F. Gamaleya. According to the minister, several more vaccines are in the works.

“The first vaccine against coronavirus, developed by the Gamaleya Institute, has completed clinical trials, and a package of documents is being prepared for the registration procedure. One more vaccine is undergoing clinical trials, we expect at least two more applications in the next one and a half to two months for approval of clinical trials, ”said Murashko.

Mass vaccination, according to the head of the Ministry of Health, may begin in Russia in October, but first of all, special groups of the population will be vaccinated - doctors, teachers and those who are constantly in contact with large groups of people. Earlier, the Russian authorities announced that vaccinations would be free.

Russia's sweeping progress in making a coronavirus vaccine in the US and Europe has been greeted with caution. Skepticism about the Russian vaccine was expressed by both the media and officials responsible for health care.

They fear that clinical trials may have been carried out inappropriately in an effort to win the vaccine race against other countries. Since Russia has not published any scientific data on vaccine testing, it is impossible to verify this.

At a congressional hearing, leading infectious disease expert Dr. Anthony Fauci expressed doubts that vaccine testing in Russia and China was properly conducted due to how quickly they ended.

On the subject: Why the coronavirus vaccine has been developed for so long: a scientific explanation

Russian President Vladimir Putin in April instructed the government to make decisions aimed at simplifying and shortening the time frame for preclinical and clinical trials, as well as state registration of drugs for the prevention of coronavirus.

The first Russian anti-coronavirus vaccine was developed by scientists from the Gamaleya Institute together with the Ministry of Defense, and back in mid-July, the military department reported on its successful completion of tests on volunteers at the military hospital. Burdenko.

“At the time of discharge, all volunteers, without exception, having received immunity to the coronavirus, felt fine. Thus, the first domestic vaccine against the new coronavirus infection is ready, ”then First Deputy Defense Minister Ruslan Tsalikov said, saying that mass production is planned to begin in August, immediately after receiving approval.

The Ministry of Defense emphasized that the test results unambiguously show the development of an immune response in all volunteers, no side effects, complications or unwanted reactions, no complaints about their health were found.

Recently, Deputy Prime Minister Tatiana Golikova said that this vaccine is one of the two most promising.

“In August 2020, it is planned to register it with the state on conditions, that is, after registration, another clinical trial for 1,6 thousand people is planned. The launch into industrial production is expected in September 2020, ”Golikova said.

There are also doubts about the safety of the vaccine among the scientific community.

On the subject: 'Will not save you from infection': the rush to create a vaccine against coronavirus can affect its quality

“As I said, vaccination will start with the risk groups. And if doctors are an obvious risk group, then teachers in this case, of course, were not lucky. It is still possible to justify the vaccination of doctors with an untested vaccine, but not the implicated teachers - it is no longer possible. And the main thing is that it will not be a full-fledged CI, since they will simply inoculate and see what will happen, normal analysis and comparison are not expected, ”science journalist Irina Yakutenko writes in the Telegram channel.

This, apparently, is the so-called "vector vaccine", collected on the basis of DNA of adenovirus with the inserted gene of the SARS-CoV-2 coronavirus. Adenovirus, as a messenger courier, delivers the coronavirus gene to cells, triggering the synthesis of the coronavirus shell proteins there and “introducing” the immune system to it.

In May, it was reported that scientists from the Gamaleya Institute first of all, even at the stage of testing the vaccine on animals, self-vaccinated, prompting criticism from the Association of Clinical Research Organizations (AOCI) and accusations of violating clinical research guidelines.

However, the director of the Institute, Alexander Gintsburg, explained that the staff of the center had injected themselves with an experimental drug, “in order to continue developing without the risk of infection in a pandemic,” noting that scientists had no side effects.

In mid-July, there were reports that some members of the Russian elite allegedly gained access to the Russian coronavirus vaccine produced by the Gamaleya Institute back in April, before the May surge in infection, however, both the administration of the institute and representatives of the Ministry of Health denied this.

It is also known that the Russian company R-Pharm, which is one of the largest Russian distributors and manufacturers of medicines, has entered into an agreement with the British-Swedish pharmaceutical giant AstroZeneka to supply Russia and other countries with a vaccine that is being developed at Oxford University.

The AstroZeneka and Oxford University coronavirus vaccine is similar in principle of action to the Russian one, but the British one was closer to completion: the third stage of trials began in July, when the vaccine was inoculated in large groups of volunteers.

However, the British authorities have repeatedly stated that in any case, mass vaccinations are unlikely to begin before 2021.