Home Educational program The faint-hearted not to watch: 10 films and series about viruses and epidemics

Empty streets, closed restaurants, the abolition of trains and flights - all this we have seen more than once in horror films. Edition MC.today picked up 10 films and series about viruses, infection and quarantine. 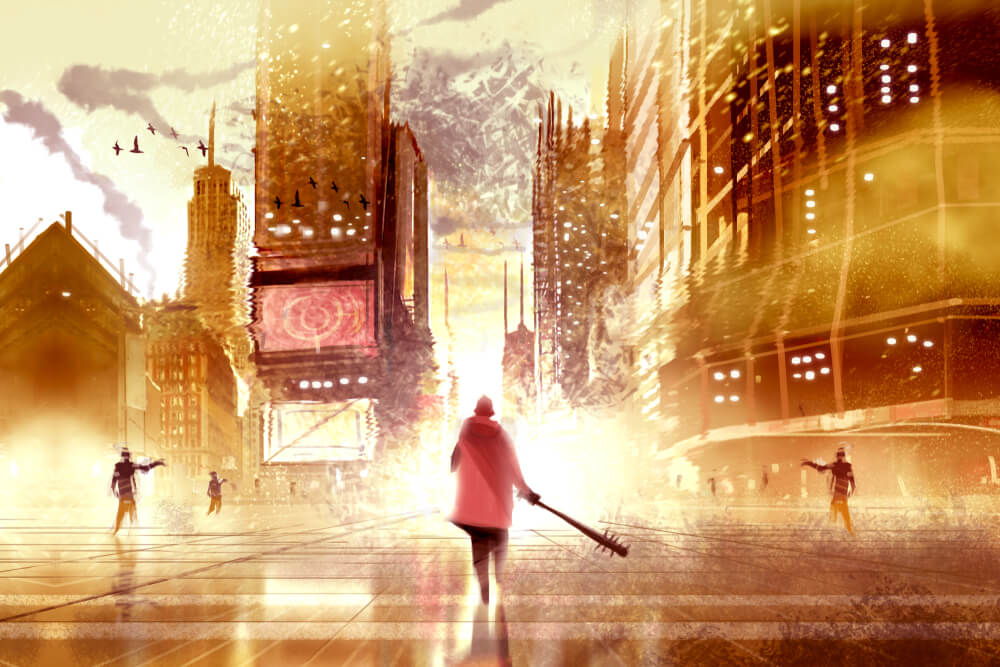 We don’t recommend watching them faint-hearted - against the background of the closure of the metro, shopping centers and borders, it becomes creepy.

A cult series of films based on the game Resident Evil. Umbrella Pharmaceutical Corporation creates a virus that turns humans into zombies. At first, the virus spreads in an underground laboratory, and later - to entire cities, countries.

Mila Jovovich is struggling with the walking dead with varying success. The films have a complete set: panic in shops, empty streets, closed cities.

The film makes even skeptics tense up. There are no walking dead or corporations in the film who want to destroy the world. But there is an unknown virus, which, due to trains and planes, is spreading around the world with great speed.

A disease kills people in a matter of days; of course, there is no vaccine; to develop it, you need to find the source of the virus. This is what a group of scientists is doing, while the number of victims is growing, and chaos and panic begin in cities.

The South Korean film tells the story of manager Suk-u, who decided to celebrate his daughter's birthday with her mother in Busan. A second before departure, a woman runs into the train who is infected with an unknown virus. She turns into a zombie, the disease is rapidly spreading by train and, as it turns out later, throughout the country.

On the subject: 13 films that predict the future of coronavirus and more

The heroes' goal is to get to Busan, where the military managed to create a safe zone.

In one of the most famous series about the "zombie apocalypse" zombies are actually not so many. Much more is here about the surviving people and about the new world after the epidemic.

The main character, assistant sheriff Rick Grimes, after being wounded, comes to his senses in the hospital. Everything around looks abandoned. The hero understands that a biological catastrophe happened and the streets of the city are filled with the living dead. He tries to find his family, meets other survivors along the way, and leads the struggle for survival.

Two journalists should report on the night work of firefighters. Together with the brigade they go on a call - to the apartment building, where an elderly woman screams on the upper floors. Journalists, along with firefighters and policemen, enter the house and find an old woman who behaves very strangely. A woman rushes at people and tries to bite them.

At the same time, the house is cordoned off by biologists and the police. It turns out that the residents are affected by the virus, which is most similar to the rabies virus and is transmitted by bites. Will the heroes get out?

Various pandemics for humanity are not new at all. For example, in the XNUMXth century, the bubonic plague raged in Europe, and the series takes place in the Spanish Seville. In the midst of the epidemic, several high-profile murders take place in the city. Convicted criminal Mateo is charged with investigating them, and he agrees, because if he can investigate the crime and does not die from the plague, he will be released.

Activists rush into a laboratory where viruses are tested. In a fight, they accidentally open a cage, and one of the sick monkeys is free. She bites one of the activists, so the epidemic begins.

28 days later, the main character comes to his senses in the hospital - he realizes that London is desolate, looking for information in old newspapers. Later he manages to meet several more survivors, together they try to escape from the hordes of infected.

Five friends rented a house in the forest. Already on the spot, they meet a sick man whom the heroes drive away and accidentally set fire to. A man runs away and dies in a nearby lake.

In the morning, one of the heroines drinks a glass of water, which is served from the lake. Wounds appear on the girl’s body, she quickly weakens. "Friends" close a sick girl in the barn, which starts a chain of tragic events that leads to the death of all members of the company.

A few days later, local children make lemonade from the contaminated lake water and sell it in the city. The day is hot, so trading is brisk. Should we continue or have you already gone to watch?

The mutated cancer drug turns into a virus and kills half of the world's population. The other half turns into vampires who are killed by the sunlight. After a couple of years, New York is empty, and the main character, Robert Neville, appears to be the only survivor.

He walks with his dog and communicates with mannequins, fleeing infected at night and trying to find a cure. Later, the hero meets Anna, who, together with her son, is looking for a colony of survivors. They decide to look for her together to pass on the serum.

The film takes place in 2035. A virus of unknown origin has almost destroyed humanity. A group of scientists has already learned to even travel to the past, but there is still no vaccine for the disease, for its development it is necessary to establish the source of infection.

Criminal James Cole is sent to the past - if he can trace the chain of the virus, scientists will create a vaccine, and James himself will get freedom.