Home Educational program Why the coronavirus vaccine has been developed for so long: a scientific explanation

More than 150 teams of scientists around the world are trying to develop a vaccine against coronavirus. Why does this process take so long and when will the long-awaited result be obtained, says DW. 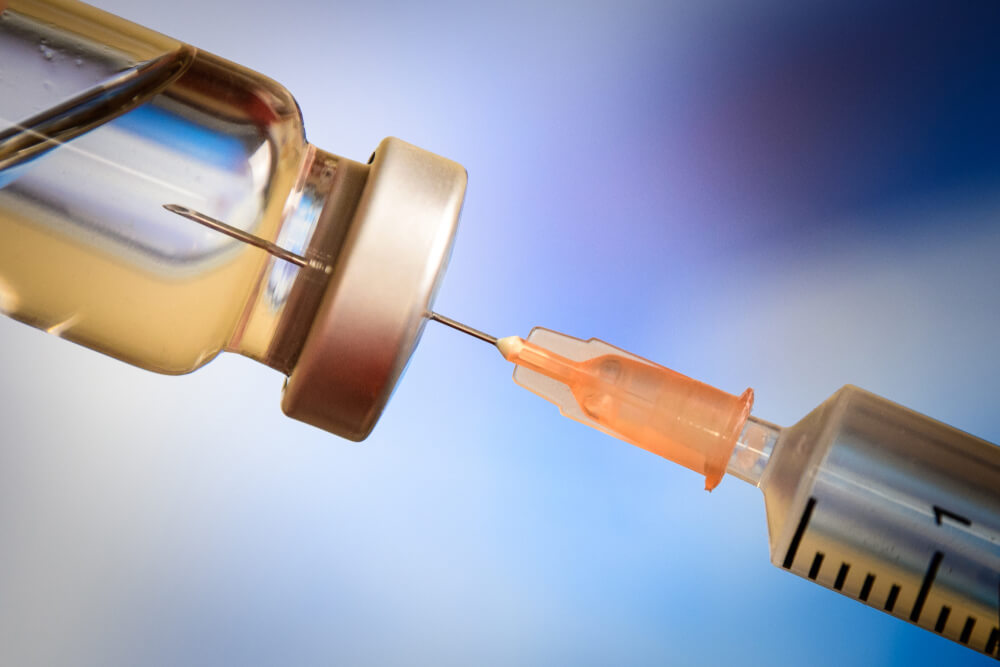 Attempts to develop a vaccine against the new SARS-CoV-2 coronavirus are in full swing around the world. Currently, more than 150 research projects are trying to achieve this goal. Especially many specialists are working on this task in Germany. But only a tenth of all projects are in clinical trials.

So long ago, clinical trials of vaccine candidate ChAdOx1 nCoV-19 (AZD1222), developed by the University of Oxford, began in Brazil and South Africa. In Brazil, which has been hit hard by the COVID-19 pandemic, thousands of healthcare providers are testing the vaccine. A general overview of candidate vaccines is available on the World Health Organization (WHO) website, and the list is constantly updated.

What types of vaccines are being developed?

No matter how different vaccine development projects are, basically three of their types are being investigated: inactivated vaccines with viral proteins, live recombinant (vector) vaccines, and gene vaccines (mRNA vaccines).

In the first case, we are talking about vaccines containing proteins of "killed" viruses, which for this purpose are heated or treated with ionizing radiation or disinfectants. The body recognizes and reacts to dead viruses by making antibodies, but not causing disease. This technology has been used to create, for example, vaccines against polio, hepatitis B, diphtheria, whooping cough, tetanus or influenza.

Live vector vaccines are created on the basis of harmless, weakened viruses (vectors), in which a gene is inserted - a small section of the SARS-CoV-2 genome. Vectors serve as carriers of pathogens for delivery to cells. Once there, the genetically modified viruses multiply inside the cells and trigger an immune response against the SARS-CoV-2 proteins. In this way, vaccines against measles, chickenpox, mumps and rubella were created.

If pathogens are capable of rapid genetic changes or pose the threat of new infectious diseases, as was the case with Zika fever or SARS SARS, classic antiviral vaccines are not particularly effective. Therefore, great hopes are placed on the so-called mRNA vaccines.

The principle of these vaccines is that they contain a viral molecule - messenger RNA (mRNA), enclosed in a lipid nanoparticle. Once in the body, mRNA enters the cell and begins to synthesize pathogenic-specific antigens that provoke an immune response.

The good thing about the technology is that mRNA is a fairly simple molecule, so it can be produced relatively quickly and in very large quantities. However, this method also raises the greatest concerns. The problem is that old, time-tested vaccines of this type simply do not exist, so it is not known how it will behave in the human body.

On the subject: Fever, vomiting, and fainting: COVID-19 vaccine tester talks about his health

Why does vaccine creation last so long?

In the past, it took up to 20 years to develop a safe and effective vaccine, and the cost of the process did not exceed one billion euros ($ 1,1 billion). Fortunately, many companies and research institutes come together to work together. Interdisciplinary collaboration saves not only the cost of creating a vaccine, but also a more valuable resource - time.

The main priorities in the development of a new vaccine are its safety and effectiveness. In addition, the vaccine must be widely available and inexpensive.

First of all, scientists are investigating the pathogen. Then, candidate vaccines are developed, which are carefully studied in the process of preclinical and clinical studies designed to establish the level of effectiveness of new drugs and the possibility of side effects. After the vaccine is created and certified, it is necessary to establish its mass production and delivery around the world, and then begin mass vaccination.

Typically, the development of a vaccine takes place in several stages, which under normal conditions can take 15-20 years, even if some phases of the process are partially parallel. But the coronavirus pandemic has contributed to the fact that the development of a new vaccine against SARS-CoV-2 is being carried out at an accelerated time. This became possible thanks to the already existing knowledge about coronaviruses, of which SARS-CoV-2 is a “relative”. Thus, some phases of the development process could be skipped, and testing of vaccine candidates could begin on volunteers as early as six months after the start of the pandemic.

The vaccine may appear in 2021

There are too many unforeseen factors, so it is impossible to say with complete certainty when the vaccine will be ready. WHO is confident that hundreds of millions of doses of the vaccine will be produced this year, and another two billion in 2021. Scientists in many countries around the world are working on the development of candidate vaccines in parallel, so the likelihood that one of them will be effective increases significantly.

The European Medicines Agency (EMA) expects that if everything goes according to plan, the drug that protects against SARS-CoV-2 will be approved by the spring of 2021, which in itself will be a record achievement in vaccine development.

On the subject: Scientists have managed to create a vaccine against COVID-19, which has proven efficacy in two phases of trials

Billions of doses of vaccine are needed worldwide. Of course, their production can make good money. In recent weeks, this has repeatedly led to sharp fluctuations in the markets or the emergence of the wildest conspiracy theories.

It is much less often said that the development of a vaccine, its production and subsequent vaccination campaigns are associated with huge costs.

Often, the ineffectiveness of the candidate vaccine is detected only at the last stage of clinical trials, or its certification is delayed. In such cases, millions of already invested funds are lost. Financial losses are especially sensitive in cases where pharmaceutical concerns, in order to save time, start production of the vaccine in parallel with clinical trials, and then they have to destroy the entire batch that has already been made.

In order to more evenly distribute the costs and risks associated with the creation of new drugs, numerous organizations involved in their development - state and non-profit, as well as companies, foundations and research institutes - have united in the international fund "Partnership for the development of drugs" (Product Development Partnerships (PDP)).

In global epidemics, funds from the PDP (usually in the form of grants) are provided to companies or research institutes that would have difficulty finding a new vaccine without this support. Thanks to funds from the PDP fund, drugs against malaria and tuberculosis were created.

During the recent international coronavirus fundraising marathon, € 6,15 billion was raised to help develop a vaccine against coronavirus and methods for its diagnosis and treatment. At the virtual summit of donor countries on June 27, only the European Commission and Germany pledged to allocate almost 5,3 billion euros ($ 5,9 billion). European Commission President Ursula von der Leyen announced an incredible result. Large amounts were also made by the USA and Canada.

In early June, Germany, France, Italy and the Netherlands formed the Inclusive Vaccine Alliance, which aims to accelerate the development of a SARS-CoV-2 drug in the EU and ensure vaccine production at all suitable facilities within the EU. The Alliance wants to get the right amount of doses not only for the European Union, but also for others, especially for the poor countries of Africa. Other countries can also join this organization.

Do not take for prevention: what you need to know about dexamethasone, which reduces mortality from COVID-19