Main page In the U.S. In Colorado, an unknown person opened fire in a supermarket: 10 people were killed

In Colorado, an unknown person opened fire in a supermarket: 10 people were killed

Ten people, including a police officer, were killed on March 22 after a gunman opened fire at a grocery store in Boulder, Colorado, writes CNN... The name of the suspect has not yet been announced. 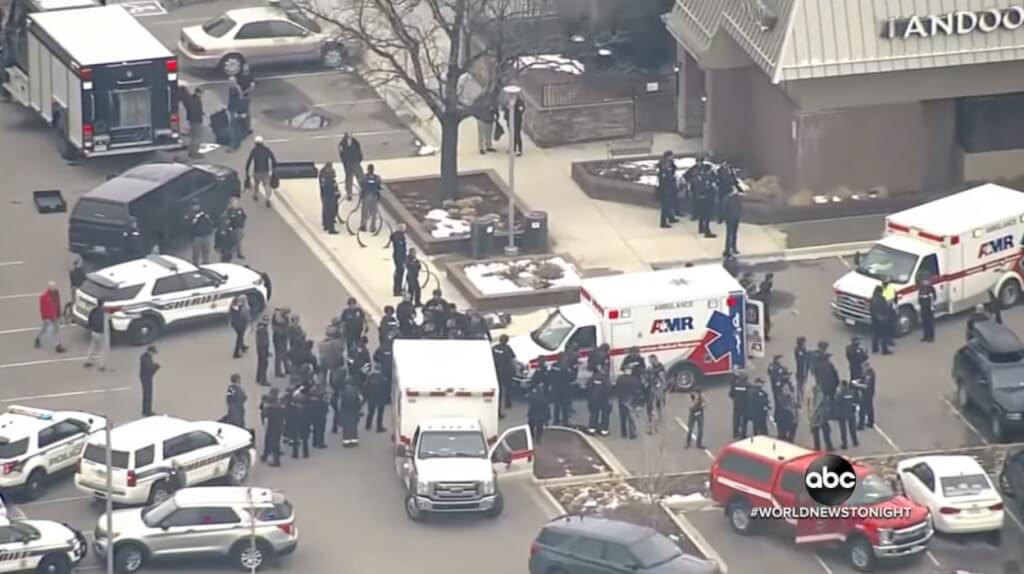 According to Boulder Police Chief Maris Herold, the suspect is in custody, but authorities have not provided any information about his identity, the type of weapon used, or any possible motives.

“We will work around the clock to get this done,” she said, adding that it would take at least five days to complete such a complex investigation.

The fatal shooting at the King Soopers store comes less than a week after shootouts at three spas in the Atlanta area eight people died.

As Boulder police investigate the shooting, eyewitnesses spoke of the terror and panic inside the store.

McHugh said one woman was shot at the head of the line. Paul grabbed the girls and hurried upstairs to hide in the wardrobe above the pharmacy. The children admitted they were afraid because the coat was not long enough to hide their legs.

“Tension and terror will haunt them all their lives,” McHugh said.

Ryan Borowski told CNN that he was shopping at the store when he heard the first shots, and by the third everyone was running. He cannot believe this happened in his city.

“It looks like the safest place in America, and I almost got killed for buying a soda and a bag of chips,” he says. "There is no more safe place."

According to Herold, the killed officer, 51-year-old Eric Tully, was one of the first to respond to the shooting. He has worked in the police force since 2010. The man has seven children left.

“By all accounts, he was one of the distinguished officers of the Boulder Police Department and his life was too short,” said Boulder County District Attorney Michael Dougherty.

This is how they honored his memory that evening:

WATCH: A procession of police cars, fire trucks, and ambulances was held Monday evening in Colorado to honor a fallen police officer who was killed responding to the shooting at a Boulder supermarket that left at least 10 dead. pic.twitter.com/4HgOEB2wgI

Officials did not reveal the identities of the other victims, saying they needed to notify family members first.

At around 14:49 pm local time, Boulder police tweeted about an active shooter at King Soopers. The officers reported on the radio that there was a shootout and they were being fired on - this information was received at least until 15:21.

Ambulances and several law enforcement officials arrived at the store, which is part of a large mall with a two-story mall next door.

“He is armed with a rifle, our officers fired back - we do not know where he is in the store,” the officer said, according to the transcript of the audio recording.

One senior law enforcement source told CNN that an AR-15 rifle was used in the shooting. A helicopter from CNN's KMGH subsidiary recorded police taking several people away from the store.

At some point, policemen were seen moving along the roof. One witness said that his relatives were evacuated from the store through the roof.

“They hid, ran upstairs, hid in the wardrobe for the last hour,” the man said. "Half a dozen cops got through the roof and grabbed them, asking them to be quiet."

As events unfolded, a KMGH helicopter recorded a shirtless man being escorted out of the supermarket. The man had blood on his arm and right leg, and his hands were handcuffed behind his back when two officers took him away. The man was taken away by an ambulance.

It is unclear if this man was involved in the alleged active shooting inside the store. 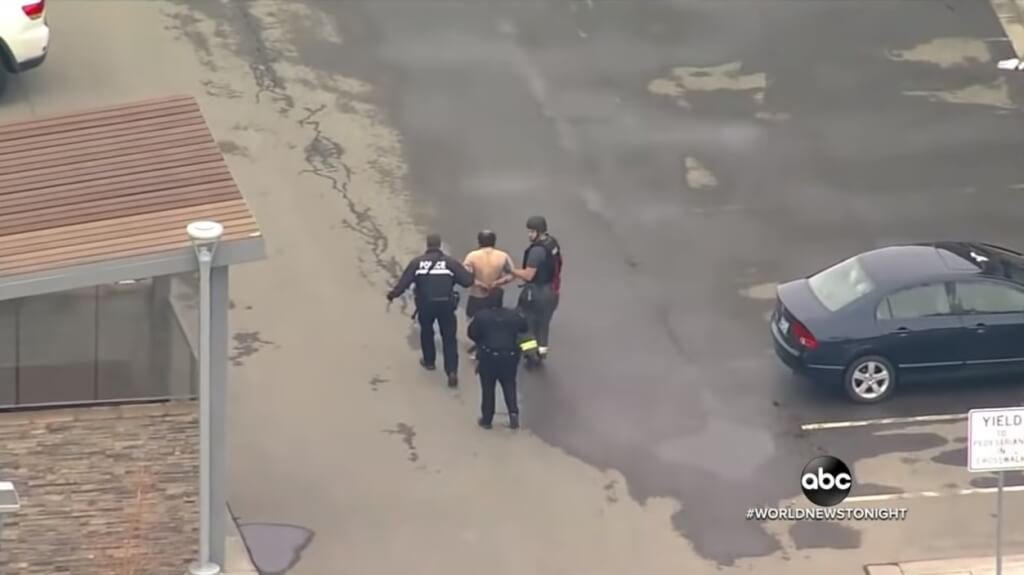 In just the past week, there have been seven shootings in the United States, resulting in at least four people being injured or killed.

King Sooper is owned by Kroger, which said the store will be closed while a police investigation is in progress.