Home Educational program Self-defense or danger to society: who and why owns weapons in the USA

In the summer of 2020, a Colorado man fired 24 shots during an argument over dog poop, resulting in the death of a woman and her boyfriend injuries. Fox News... This story is just one of the many murders in the United States committed by unbalanced people who legally have weapons. Who owns a gun in the US, why do people buy it, and are they all adequate enough to keep a gun or a gun at home? 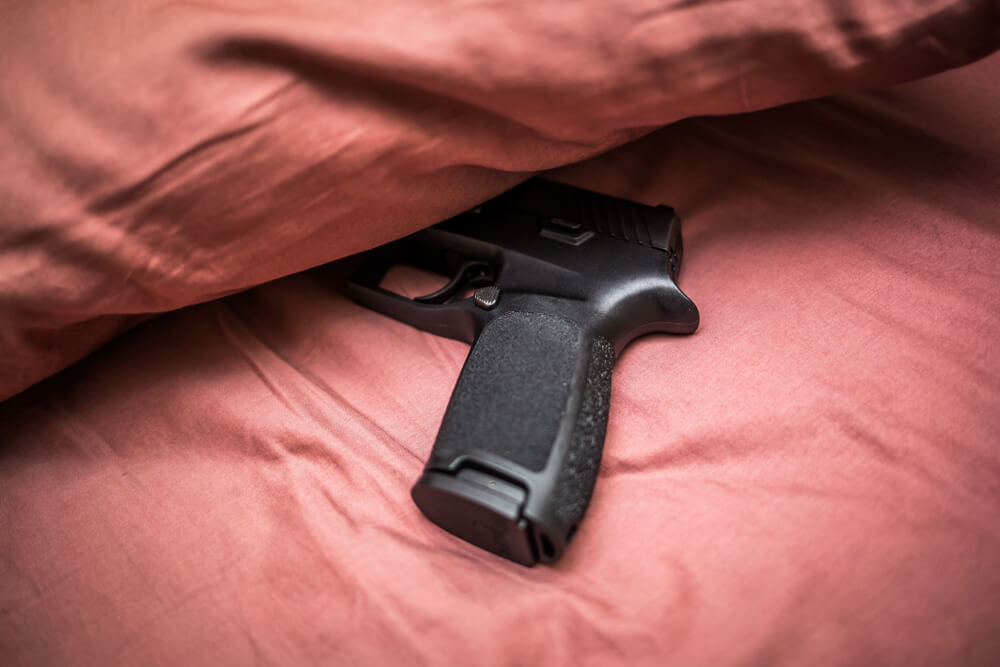 Michael Close, 24, of Denver, accused of killing 21-year-old Isabella Tallas and injuring 27-year-old Darian Simon over an altercation over dog defecation, fired 24 semi-automatic rifle shots in the attack. It happened in June 2020, and on November 16, a preliminary hearing was held in the case.

Denver police investigator Joseph Trujillo testified that authorities found six shell casings in Close's apartment and another 18 outside his window, leaning out of which he fired. Close is charged with murder and attempted murder - the man opened fire from his apartment at Tallas and Simon, who were walking the dog.

According to Trujillo, before opening fire, Close yelled at the couple when he heard them, in what Close believed, told the dog to “do business” in the garden near his windows.

"Are you going to train this fucking dog or just yell at him?" Shouted Close from the window.

Simon told police that he tried to ignore Close before the shots rang out. The guy was hit by two bullets, and the girl was killed.

Following the June 10 shooting, Close fled the scene in his car and was arrested by the police later that day. The report said he was charged with first-degree murder and more than a dozen other charges. The detainee was denied bail.

According to Trujillo, Close cried and apologized when he was arrested. The suspect's girlfriend told police that he was diagnosed with a personality disorder and was battling substance abuse.

It turns out that there are quite a few gun holders in the United States with problems like Close.

Every fifth is out of his mind

One in five gun owners in the United States uses drugs or has mental health problems, writes Newsweek.

According to a survey of 1 gun owners conducted by the Florida House Experience, one in three Americans with a gun identifies as having a mental disorder, with anxiety, mood swings and post-traumatic stress being among the most common conditions.

33,7% of survey participants admitted to using drugs, while almost 17% of gun owners said they do it every day. According to the survey, cocaine, marijuana and Xanax (prescription drugs used to treat anxiety) are the three drugs most commonly used by gun owners.

In general, one in five gun owners identifies themselves as having a mental illness (not necessarily diagnosed by a specialist) or confirms that they are illegally using drugs.

The study was conducted to examine the culture of gun handling in the United States following the shooting at Marjorie Stoneman Douglas High School in Parkland, Florida, which killed 17 people.

Why do Americans buy weapons

Although self-defense is the main reason given by gun owners when talking about the reason for buying them, the survey showed that less than 9% actually had to defend themselves with their weapons. More than 23% of gun owners said they had never practiced gun handling.

While most Americans believe stricter gun control is the best way to curb gun violence in a country, less than one in 10 suggested that providing or improving mental health services could help reduce shootings.

“There are more weapons in the hands of civilians in the United States, and there are more gun-related killings in the country than in any other country in the world, but mass shootings account for only a small percentage of violent deaths. Our research has shown that most gun owners may be ill-prepared to handle them, ”the study authors said.

On the subject: US arms sales hit all records in 2020

How many Americans own a gun

The exact number of gun owners in the United States is unclear due to the fact that there are no federal registration requirements or similar rules that would allow for an official tally. In fact, federal law prohibits the maintenance of a centralized register of firearms owned by individuals. Wamu.

About 40% of Americans say they or someone in their family has a gun, and 22% of people (about 72 million people) say they own a gun, according to polls from Pew, Harvard and Northeastern University. Over time, this figure has dropped from 51% of households owning a gun in 1978. However, arms purchases have reached all-time highs in recent years and during the COVID-19 pandemic.

Americans also own a disproportionate share of the world's firearms: the US is home to just 4% of the world's population, but it owns roughly 40% of the world's weapons owned by civilians, according to a 2018 report from the Swiss company Small Arms Survey. The SAS estimates that American civilians own 393 million firearms, ranking the first in the number of firearms per capita in the world. Harvard researchers have found that in developed countries, widespread gun ownership is associated with higher homicide rates.

According to a 2016 study by the University of Washington Institute for Health Metrics and Evaluation, the United States is second only to Brazil in the number of firearm deaths and ranks 20th in the number of firearm deaths per capita with an indicator of 10,6 per 100 thousand people. When the United States is compared to other wealthy countries on this criterion, it stands out strongly: the death rate from firearms is 9 times higher than in Canada and 29 times higher than in Denmark.

According to Pew, 67% of gun owners cite protection as the reason for possession, 38% for hunting, and 3 out of 10 cite sport shooting. This is a notable change from the 1990s, when 57% of gun owners said they had a gun for hunting or targeting / shooting sports.

A 2017 Harvard study, as well as a 2015 National Firearms Survey analysis, found that the majority of new weapons acquired in the past 20 years are handguns, which currently account for 42% of total civilian-owned firearms. USA.

Most believe that the weapons they own make their homes safer. But research has consistently shown that families with guns are actually less safe - with a markedly higher risk of accidents, suicide, and homicide in the family.

Research has shown that weapons in the home are far more likely to be used for suicide or murder than for self-defense. One of the first was a landmark study published in the New England Journal of Medicine in 1993, which showed that possession of a gun in the home was "permanently and independently associated" with an increased risk of murder. The authors also found that people who keep weapons at home are three times more likely to be murdered than those who do not.

A study published in the Annals of Internal Medicine in 2014 also found that access to firearms was associated with a doubled risk of homicide and a tripled risk of suicide.

And a study published in the American Journal of Preventive Medicine in July 2019 found that for every 10% increase in gun ownership at home, there was a significant (13%) increase in home gun homicide.

Some studies have also shown that states with higher gun ownership rates are higher in gun homicide rates.

The future of gun ownership and violence

Arms sales surged during the pandemic and ahead of the 2020 presidential election. According to Small Arms Analytics & Forecasting, total sales of firearms in the first 8 months of 2020 exceeded sales for the whole of 2019.

A UC Davis study links the recent surge in firearms sales to an 8 percent increase in US violence. And it seems possible that an increase in gun sales could lead to an increase in the number of deaths from accidents related to firearms, which happened in 2013 after the surge in gun sales following the shooting at Sandy Hook Elementary School.

Two immigrants accused of smuggling weapons from the US to Ukraine