Cocaine is naturally produced from the leaves of the Erythroxylum coca plant. A relative of the tobacco plant called Nicotiana benthamiana has been genetically modified to form cocaine in its leaves, reports Dailymail. 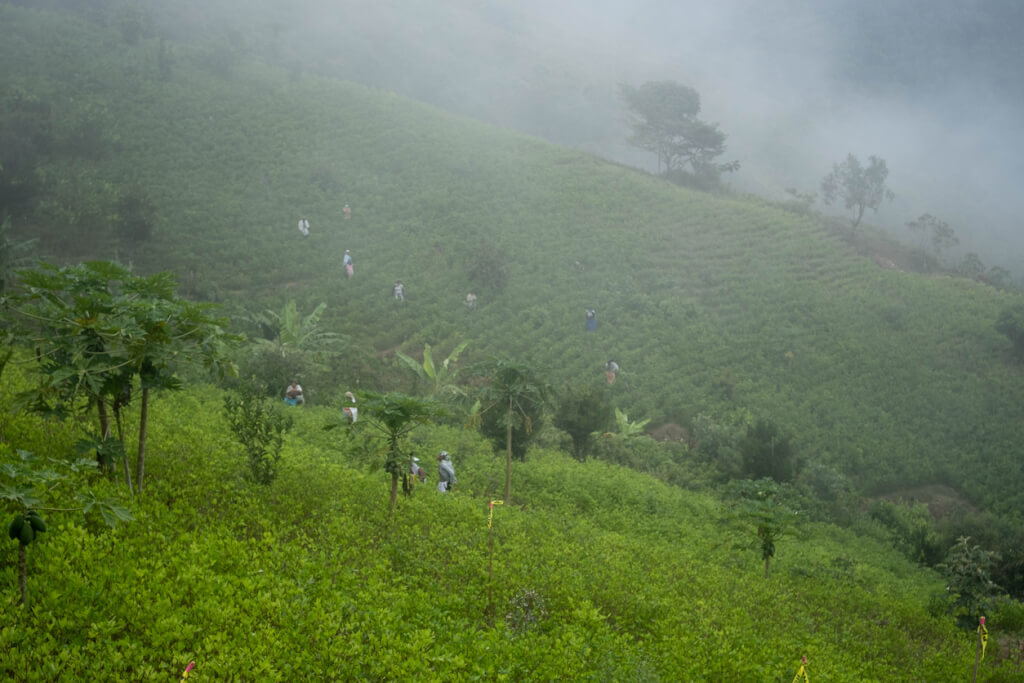 A team from the Kunming Institute of Botany in China modified N. benthamiana to produce two enzymes that release cocaine when the leaves are dried.

The breakthrough could lead to a way to produce cocaine or chemically similar compounds for medical purposes.

On the subject: Non-permafrost: Scientists fear ancient 'zombie virus' that could break free from melting glaciers

“It is possible to develop various analogues of cocaine for medical purposes. However, we don't know if we can get stimulants with reduced psychoactive properties, said lead author Dr. Sheng-Xiong Huang. “My most important motivation for addressing the issue of cocaine biosynthesis is scientific curiosity.”

Cocaine is known as a "tropane alkaloid", which is highly psychoactive in its crystalline form.

“Cocaine (hydrochloride) is a highly addictive drug that acts as a short-term central nervous system stimulant and local anesthetic,” explains the UK National Health Service (NHS). “It comes from the leaves of the coca plant and is usually sniffed.”

The addictive alkaloid is naturally produced by the E. coca plant and can be extracted by drying its leaves.

Although notorious as an illegal drug, cocaine has also been used in medical practice as a local anesthetic or to constrict blood vessels to stop bleeding.

However, pharmaceutical companies are limited in their ability to manufacture the drug, as the key steps in its biosynthesis remain a mystery.

Researchers have spent decades trying to determine how the coca plant—the flora from which the drug cocaine is derived—produces the party-friendly compound. This is a complex biochemical phenomenon, and while researchers have recently been able to map out much of what happens in plants, one key element continues to elude them: exactly how the chemical precursor, called MPOA, is converted into part of the cocaine molecule, methylecgonone.

In their paper, published in the Journal of the American Chemical Society, the scientists finally found what was missing.

Two enzymes, EnCYP81AN15 and EnMT4, are required for this conversion reaction to form methylecgonone.
With this knowledge, the researchers turned to the tobacco plant, whose leaves contain a substance called omitin, which is chemically similar to MPOA and is also converted by two enzymes.

Using genetic modification, the researchers were able to modify the N. benthamiana plant to produce the enzymes on its own.

This modification meant that the tobacco plant could produce methylecgonone, the basis of cocaine, in its leaves.

Experiments have shown that the modified plant could produce about 400 nanograms of cocaine per milligram of dried leaf - significantly less than the coca plant.

Sheng-Xiong Huang, co-author of the study, explained: "Currently, the available production of cocaine in tobacco is not enough to meet demand on a massive scale."

However, the team hopes their research could lead to modifications to other organisms, such as bacteria, that could produce it on a large scale.