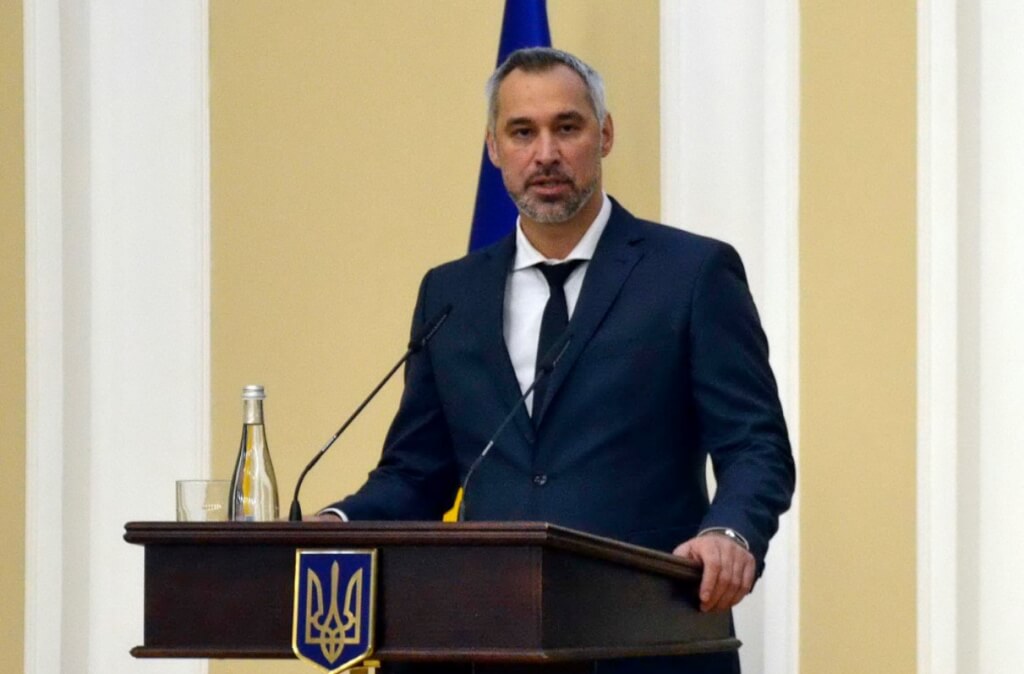 US Secretary of State Anthony Blinken on Tuesday, February 23, announced the presentation by the new US government of the State Department's International Anticorruption Champions Award to the former Attorney General of Ukraine Ruslan Ryaboshapka.

“Congratulations to the former Prosecutor General Ruslan Ryaboshapka, one of 12 winners of the State Department's Anti-Corruption Award. The process of re-certification of prosecutors he led has had a lasting impact and, with the support of the Ukrainian government, has been completed by his successor, ”the Ukrainian Embassy in the United States said on Twitter. 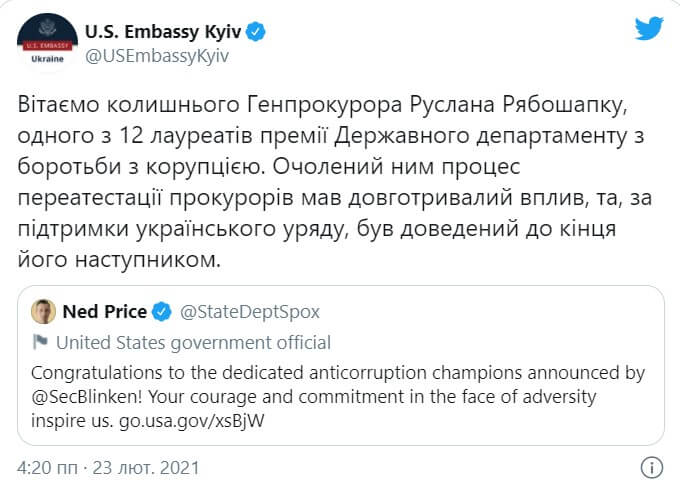 Ryaboshapka will receive the award along with 12 other individuals from Albania, Ecuador, Micronesia, Guatemala, Guinea, India, Iraq, Kyrgyz Republic, Libya, the Philippines and Sierra Leone.

On the subject: A descendant of Ukrainian immigrants and a tough critic of the Kremlin: what is known about the new US Secretary of State

“Around the world, corruption threatens security and stability, hinders economic growth, undermines democracy and human rights, destroys public confidence in state institutions, promotes international crime, and devastates public and private resources. The Biden administration recognizes that success in tackling these challenges can only be achieved with committed partners, including courageous individuals who fight corruption and countries that work to fulfill their commitments to international anti-corruption standards. Therefore, I am announcing a new State Department Anti-Corruption Award that honors those who work tirelessly despite the challenges they face to protect transparency, overcome corruption, and ensure accountability in their own country, ”Blinken said in a statement.

The US Secretary of State stressed that the award winners inspire the United States government.

The statement also notes the role of the United States in anti-corruption efforts in the world.

“We will defeat corruption by implementing effective reforms that meet international commitments against corruption; building transparent, accountable institutions; and supporting citizens, journalists and civil society organizations to help overcome this global threat to security and democracy, ”the statement said.

In the United States, a Ukrainian was sentenced to 7 years in prison for money laundering