First, you should immediately make the reservation that America is beautiful for its diversity and capabilities, external beauty, spirit of enterprise, the goodwill of most Americans, combined with the tactful ability not to violate your personal boundaries. And yet, many Russian-speaking immigrants, plunging into the everyday and working bustle, eventually discover for themselves the features of the United States, to which it is not so easy for them to get used to. Among the main drawbacks of the American mentality and lifestyle, many of my friends call the following. 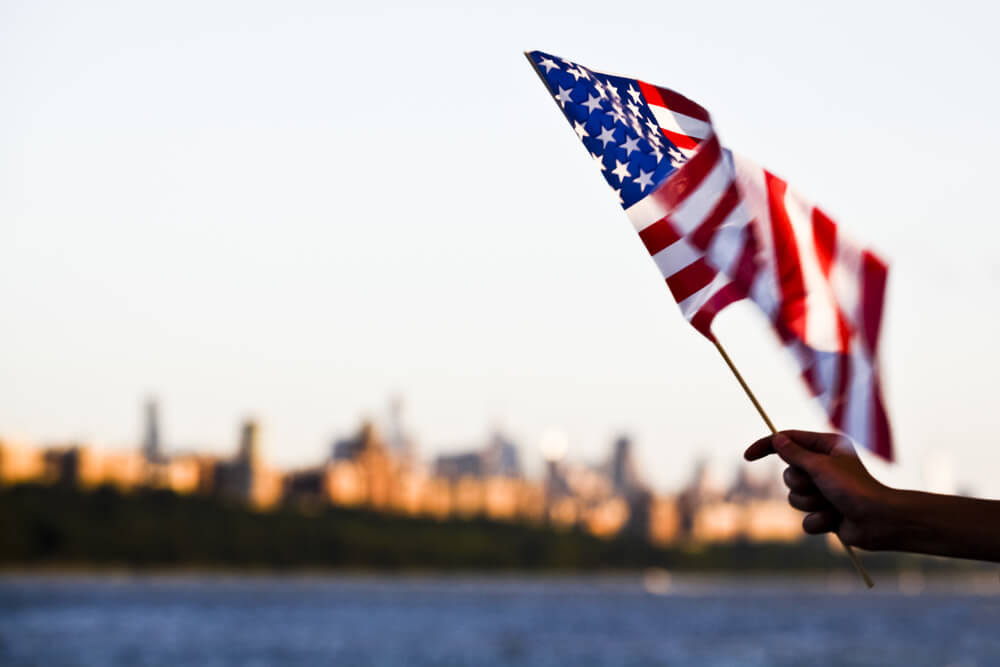 Of course, this feature is not shown at all, but still it is not difficult to notice, especially with regard to bureaucratic issues. Actually, it is - a natural consequence of the American bureaucracy, which penetrated not only the sphere of immigration issues, but also many others. The bureaucracy is doomed to think in patterns, its task is to understand which category this or that person belongs to, and woe to you if you did not fit into the necessary category!

I remember an anecdotal example of a former illegal spy Jack Barskywho gave somehow interview to our site. One of the first and main tasks of the Soviet KGB, given by Barsky, was to get an American passport, having the original American birth certificate in the name of a deceased child. But it was precisely this seemingly trivial task that turned out to be practically impossible. In order to get a standard ID with a driver's license, another American document was required, in addition to a birth certificate, which Barski did not have. In order to acquire a social security number, it was required that same ID, which Barsky could not get.

In the application for a passport, it was required to indicate a secondary school in which Barsky had never studied in Germany. Only when the quick-witted spy decided to enroll in the library could he get a driver's license. A KGB agent found a passport only after studying at a real American university. True, after his arrest, this passport, obtained with such difficulty, was taken from him, and he had to wait another twenty years for this document for almost twenty years, since his story was too unusual.

Unusualness is a thing that can confuse not only the state bureaucracy. I have met tragicomic cases more than once when it was very difficult for emigrants to take the first step - the one that creates the basis for compliance with formal requirements.

Often, newcomers have a vicious circle out of the cycle: to get a loan, you need a good credit history, but where does it come from a person who has just arrived in the country?

Some of my friends who did not have the funds to receive education in the United States found a seemingly convenient way: to enroll in volunteer programs that include training in exchange for free work. But in practice, getting to the training for volunteers, not having an American education, was not so easy, even where there was no need for any special knowledge. The application form most often requires you to indicate a specific school or university that the applicant graduated from, and with an abundance of applications, those who indicate non-US educational institutions did not even invite for interviews - with the exception, of course, of highly qualified specialists.

I emphasize: this does not mean that an emigrant in America cannot be broken through. On the contrary, all those who have diligence and perseverance, sooner or later make their way, find ways, meet good advisers, and so on. However, it takes many years, first of all, to begin to meet the formal requirements: get the right document, recommendation, work for free for a long time, to be able to specify work experience, and so on.

At the same time, formal requirements are often appreciated by Americans even higher than personal professional achievements - if your achievements are too “unusual”, not familiar to them, they do not fit into standard stereotypes and ready-made cliches.

Despite the proclamation of the ideals of a free spirit, unlimited framework and creative enterprise, in practice, I often notice that any deviation from the stereotype, even in the best possible way, discourages Americans. Templates exist in almost everything: in the preparation of a resume, in the structure of the interview when applying for a job, in the similarity of your “emigration case” to other similar cases, in the approach to education, and so on. And in order to comply with them, most often it is not enough just to “enroll in the library”.

This approach, of course, does not contribute to the selection of the most talented people. It is often the case that those who have studied well the possibilities of obtaining various benefits and are able to “fit” their history to bureaucratic requirements can get much more from this country than an honest worker. But alas, in order to succeed in America, you often have to do what is expected of you, and not what you yourself think is right and effective.

It is this trait that causes admiration of émigrés from the countries of “legal mayhem”, sometimes begins to annoy even those who were considered exclusively law-abiding by our post-Soviet standards. We are talking about cases where Americans are trying to strictly comply with the requirements of ridiculous, from our point of view, laws and rules - those that even the zealous Russian or Ukrainian fighter against corruption would have decided to “circumvent”.

For example, many Russian-speaking immigrants are annoyed by the requirement of US law that prohibits leaving a child at home unattended even for a short time (these are children up to 10, and in some states up to 12 years).

Even if you are completely confident in your 12-year-old child, you should not be surprised if your good-natured neighbors, having noticed that the teenager was left alone at home, will report this to the police.

Or one more example. Any contracting and freelance work in America, whether it is translations at home, writing articles or weaving macrame, requires licensing. It is not only about the mandatory payment of taxes on income, which is just very logical and correct. In this case, it refers to the license from the municipality, issued to you as a private entrepreneur. However, in some cities for the registration of such a business requires the consent of the owner of the property, and not all owners of residential complexes give such consent. A paradoxical situation turns out: non-receipt of a license is illegal, and its obtaining is impossible.

At the same time, in practice, for the owner of the apartment, as well as for those around him, it makes no difference what you do at home on your computer: write letters to a friend or articles to order. However, the legal consequences of these actions are completely different.

In practice, such situations are, of course, solvable: you can rent an office, find a place to do business with friends, and so on. But the search for ways out of bureaucratic traps among Russians and Americans is very different.

Many of our immigrants are amazed at how seriously and zealously Americans follow the strangest rules and procedures, or invent bizarre and complex ways to break the deadlock, instead of just “agreeing” or even going for the most “innocent” bypass of a bulky system.

Based on the foregoing, it becomes clear why the legal profession always remains in demand in the United States. It is professional lawyers who help bring the actual circumstances of your case in accordance with bureaucratic requirements, help to find a way out of legal conflicts, and most importantly, tell you about American laws, the existence of which you could not otherwise suggest.

In some cases, it is better not to submit serious documents without them, such as applying for a green card or citizenship, their help is required when filling out a tax return and in many other cases.

These features of American life are not bad and not good - you just need to get used to them. This process of getting used to everyone takes a different amount of time, but the general rule is one: to break the law, even the most ridiculous in appearance, is not worth it in America, and therefore it is better to spend an extra amount of nerves and time on such unpleasant bureaucratic procedures for immigrants.

How to behave in New York, so as not to accidentally break the law