Home Our people A descendant of Ukrainian immigrants and a tough critic of the Kremlin: what is known about the new US Secretary of State

For Anthony Blinken, America's new high-ranking diplomat, returning to the U.S. Department of State provides an opportunity to continue both professional and family traditions, according to Online one of the US Embassies. 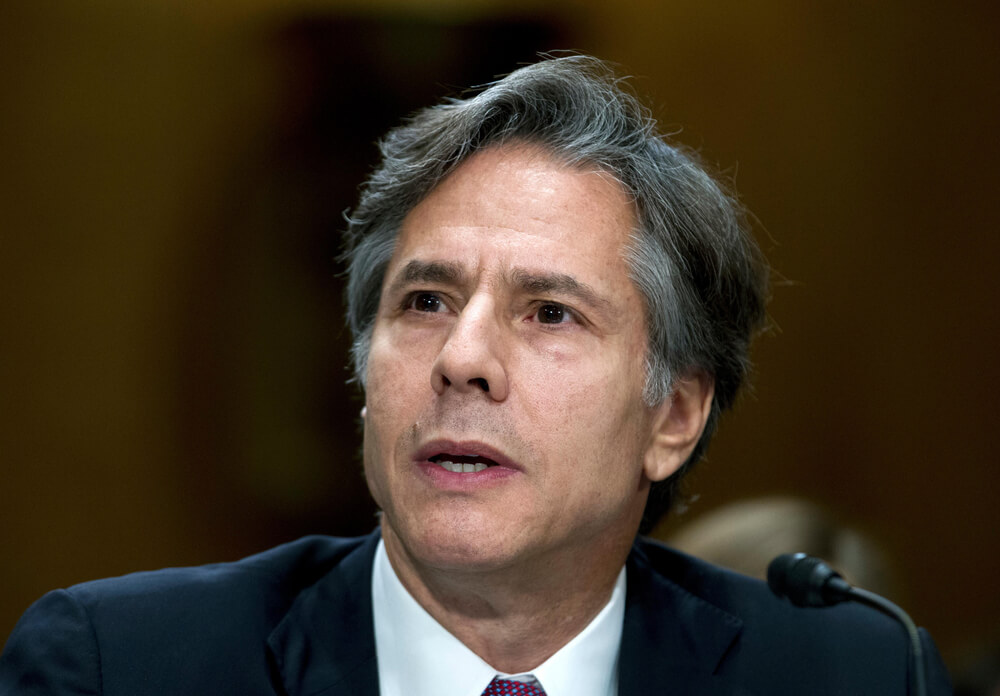 Blinken, who was confirmed by the US Senate as Secretary of State on January 26, will head the State Department, where he previously served under the Clinton and Obama administrations. His civil service career follows in the footsteps of his father and uncle, who were US ambassadors.

Blinken announced on January 19 at a Senate hearing on his nomination for the 71st US Secretary of State that he would work with international partners to address global challenges such as the COVID-19 pandemic.

“Despite everything that has changed, some things remain the same. American leadership still matters, Blinken said. “None of the major problems we face can be solved by one country alone, even as powerful as the United States.”

Blinken also called the continuation of the family tradition of civil service "a sacred duty." Blinken was born in Yonkers, New York, to government officials and diplomats. His father Donald served in the US Air Force and as the US Ambassador to Hungary. His uncle, Alan Blinken, was the US Ambassador to Belgium.

Anthony's great-grandfather - Meir Blinken was born in 1879 in the Ukrainian Pereyaslav. There he studied at a religious Jewish elementary school, and then was educated in Kiev. He was a writer who published about 50 fiction and nonfiction works in Yiddish between 1904 and 1915.

Anthony Blinken's grandfather Maurice was born in Kiev in 1900, writes New York Times... The family moved to the United States in 1904. He became a New York City lawyer who founded the American Institute for Palestine after World War II.

In 1946, under his leadership, the institute initiated and funded the report "Palestine: Problems and Prospects", which argued that an independent Jewish state was economically viable. The Institute's report is said to have helped convince the United States government to support the creation of the State of Israel.

Anthony Blinken said that the experiences of his family members fleeing persecution to the United States influenced his views on America's role in the world. Maurice Blinken fled from pogroms in the Russian Empire. Anthony's father's second wife (Blinken's parents divorced in 1970) fled communist Hungary and helped refugees move to the United States, while Blinken's stepfather, Samuel Pisar, survived four years in Nazi concentration camps and escaped a death march before being rescued by American troops.

“For my family, and for many generations of Americans, America was literally the last best hope on earth,” Blinken said on November 24, after President Joe Biden appointed him Secretary of State.

Not new to high office

A graduate of Harvard University and Columbia Law School, Blinken joined the State Department in 1993. He later served in the Clinton White House and on the staff of the US Senate Foreign Relations Committee, where he worked closely with Biden, then Senator from Delaware.

Blinken has repeatedly stressed that the United States is playing a critical role in bringing other nations together to address global challenges such as climate change, weapons proliferation and the COVID-19 pandemic.

Tough critic of the Kremlin

Blinken is a supporter of the most stringent measures in relations with Moscow, writes Hromadske... For example, the day before, the White House announced that they were demanding from Moscow to immediately release the Russian opposition leader Alexei Navalny, as well as all those detained during mass rallies in his support, threatening with new sanctions.

Blinken calls the problem of relations with Russia one of the key ones for the new administration.

As the National Security Adviser to the US President and Deputy Secretary of State, Blinken played a significant role in the "Ukrainian" US policy. For example, he called for the establishment of a "comprehensive sanctions regime" against Russia, Putin personally and his entourage because of the occupation of Crimea.

In his interviews, Blinken spoke more than once about Russia's involvement in the war in Donbass. Like Biden, he repeatedly visited Ukraine and emphasized that it was necessary to provide her with lethal weapons. However, Ukraine received it only during the administration of Donald Trump. Blinken himself often accused Trump of "flirting" with Putin, in particular, he condemned the idea of ​​returning Russia to the G7.

On the subject: An extraordinary politician: how the US Senator became the star of the Batman films

Blinken loves music all his life. His friends told the Washington Post that as a young man, he sneaked out of his parents' apartment one day to watch a Rolling Stones concert. He played in a jazz band to raise money for his school's first yearbook, writes Marketwatch.

When he started working in Washington, DC, he occasionally picked up his guitar to play Beatles covers alongside other political friends, such as President Obama's White House press secretary Jay Carney.

He not only plays Beatles covers, but also wrote his own songs. He has two love songs featured on Spotify under the stage name "Ablinken", titled "Lip Service" and "Patience." You can listen here.

US Secretary of State