Home In the U.S. Black ice on the roads and extreme snowfall: a powerful winter storm rages in the USA

Black ice on the roads and extreme snowfall: a powerful winter storm rages in the USA

This morning, February 21, in the North and South Carolina, Virginia and Georgia due to wet snow, a dangerous road situation has developed. Black ice formed on the track. The National Meteorological Service warns about this and urges drivers and pedestrians to be as careful as possible, reports USA Today. 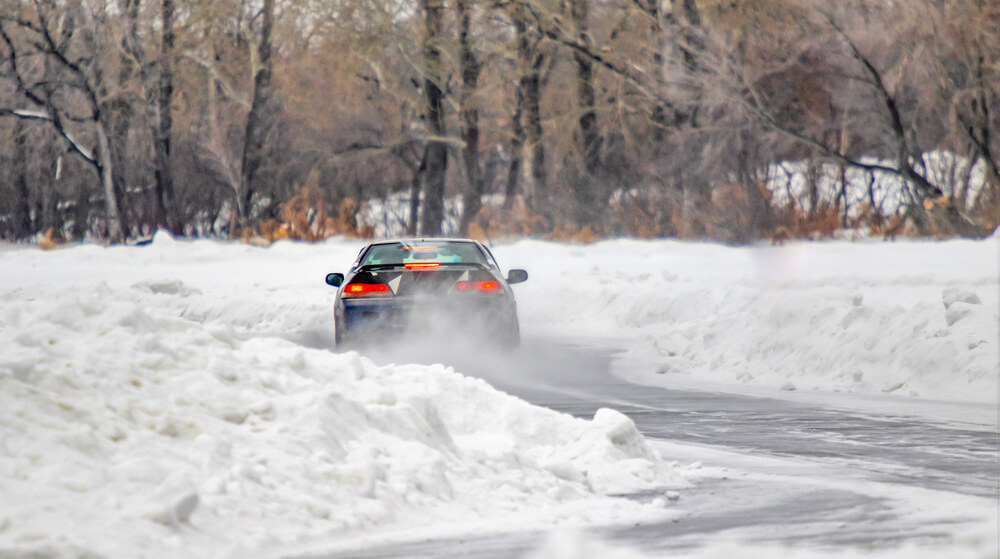 The worst situation is now on roads in southeastern Virginia and northeastern North Carolina.

As site experts explain Avtomir, black ice is an international concept among motorists. It means a slippery frozen layer through which asphalt is visible. Because of this, the driver has the impression that the road is clean and safe, and he performs more drastic maneuvers than he would allow himself on obvious ice.

How to understand that there is black ice on the road? The steering wheel seems light, tire tracks are not visible on the road, splashes do not fly out from under the wheels in front of the car driving, and your car tires do not make any sounds? Are there dimmer or darker spots on the road? Attention: most likely, under the wheels there is a transparent and very slippery film that merged with asphalt.

What if you went on black ice? Carefully remove your foot from the accelerator pedal and do not touch the brake. Do not make sudden movements with the wheel. If you feel that the car is starting to slide, do not try to level it - there is no traction on the ice. Allow the vehicle to smoothly overcome a hazardous area.

On the subject: A winter storm in the United States killed 5 people and left without light 150 thousand: which states are in danger

Dozens of schools have been closed or will close today, February 21. Hundreds of flights were canceled or delayed due to the storm.

The winter storm will move throughout the day across regions with more than 12 million people.

On February 21, it will snow until late at night in Richmond, Raleigh, Greenville, and even in some mountainous areas of northern Georgia.

We're keeping a close eye on the roads for your PM drive! Snow is coming down hard across our viewing area. Use caution out there, keep the low-beams on and slow down! # FirstWarn3 https://t.co/GTPiCyeeU2 #HamptonRoads #Virginia pic.twitter.com/aP1x18smfp

The Meteorological Service reported that most of North Carolina and South Virginia had 1 to 4 inches (2,5-10 cm) of snow.

Most educational institutions also closed on Thursday before the storm in North Carolina and Virginia. Government offices in Durham County closed first, after Durham Public Schools, where more than 32 students are enrolled.

North Carolina Governor Roy Cooper and state emergency officials have urged residents to be prepared for the winter storm and keep an eye on local weather forecasts.

“Some parts of North Carolina are predicted to have more snow than Washington or Philadelphia for the entire season,” Monica Garrett told CNN meteorologist.

Now feels like a good time to let you know that there is a Belltower live stream: https://t.co/AcxUmlSRb1 ❄️🐺🐾 pic.twitter.com/u2LPKtbd5B

On the subject: A winter storm fell on the USA: blizzards, tornadoes, one person died

On February 20, heavy rains again took place in most of the southern regions. This winter was the rainiest in the history of observations in this region, according to Weather Channel.

Weeks of heavy rains brought trouble to many southern regions of the United States. This led to almost record flood in the states of Mississippi and Tennessee. Jackson, Mississippi, was especially hit when the river spilled, flooding hundreds of homes.

Dangerous winter in the United States: the deadliest snowstorms in the history of the country

The most vulnerable coastal city in the world: what will happen to Miami by 2040