Home In the U.S. How Russia's 'troll factory' promotes free arms sales to the United States

The Russian troll factory, which Washington believes was active during the 2016 US presidential election, promoted a consensus on the right to sell weapons in America - a rare example of consistency in a scheme that mostly sought aggravate disagreements between opponents. 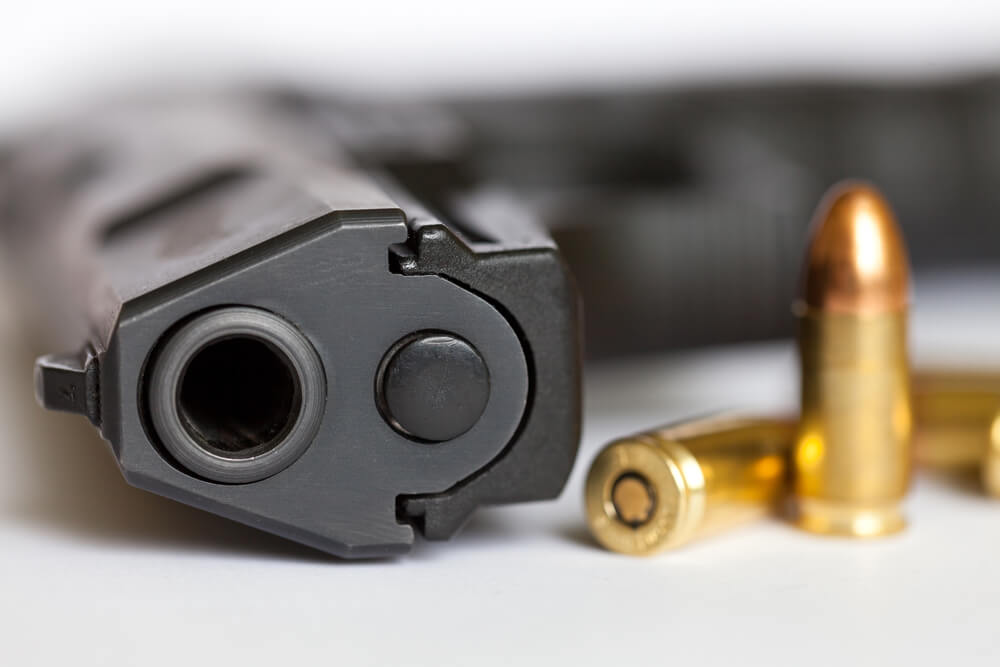 On everything from racial issues to health care, from women's rights to police brutality, from homosexual marriage to global warming, Twitter accounts associated with the so-called Internet Research Agency have tried to heighten controversy. National public radio. Except when it came to weapons and the National Rifle Association of the United States.

All of this found a new analysis of millions of recently deleted Twitter messages, conducted by the National Public Radio in collaboration with an external analyst firm. Last year, Twitter notified the Senate Commission of thousands of accounts associated with the Internet Research Agency; The social network has deleted millions of tweets associated with these accounts.

But Clemson University professors Darren Linville and Patrick Warren found out that one of Clemson's research laboratories had accidentally archived tweets. This made it possible to keep an archive of Russian online operations for the period from 2012 to 2018 a year, most of the tweets were published from 2015 to 2017 a year.

They provided National Public Radio with a list of Agency publications related to weapons and the US National Rifle Association.

To illustrate the reach of posts, analysts calculated the total potential engagement - the number of account followers multiplied by the number of tweets. Messages supporting the Association and weapons received more than 32,4 million potential "impressions", messages against weapons - less than 6,7 million. The difference is almost five times.

All parties for weapons

Linville and Warren classified the accounts associated with The Agency as Left and Right. The left has spoken, for example, of former San Francisco 49ers defender Colin Kapernick as a hero for kneeling on one knee while singing the national anthem to protest police treatment of African Americans. Or they supported the Black Lives Matter movement and corresponded about Donald Trump's alleged ties with Russia.

Right-wing accounts spoke of Kaepernick as an unpatriotic citizen, supported pro-police messages like #BlueLivesMatter, and praised Trump's ability to "drain the swamp." That being said, many accounts that were supposedly leftists, Black Lives Matter supporters, or anti-cops also supported gun ownership rights.

Analysis of the data showed that the Internet Research Agency literally copied the campaign publications of the National Arms Association. In addition, these accounts generated tweets mentioning @NRA, @NRANEWS, or @NRAILA a total of 199 times. 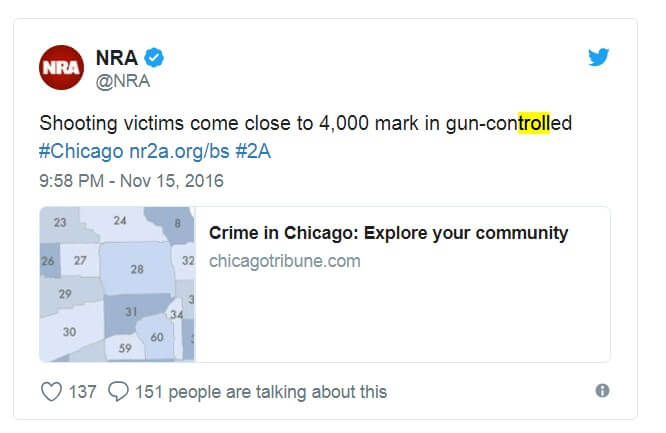 A clear semantic relationship was established between the messages of the Agency and the Association - they wrote on the same topics, regularly raising the issue of legalizing weapons, scaling it within the state or even city, criticizing local laws, especially in areas with severe restrictions. Both have often noted that tough bans do not prevent shooting in America.

According to the court, the Agency's agitation campaign was carried out by Russians from an office in St. Petersburg. How did they know exactly how to define their political strategy and direct their criticism of weapons issues in places like Tehama County, California?

"Detailing would be much more accurate and efficient if you had someone in the United States," says Steve Hall, the retired head of the CIA's Russian operations. “If I were a Russian intelligence officer, I would immediately say to my colleagues:“ Listen, we need some Americans to advise us on what to do and how to influence. ”

Personal contacts were also established between the Russian government and the National Shooting Association of the United States. Russian woman Maria Butina and her mentor, Russian politician Alexander Torshin, worked to develop connections at the highest levels of the Association. Butina is arrested and charged with being an unregistered foreign agent; Torshin came under sanctions and cannot return to the United States.

Some of the accounts of the Internet Research Agency corresponded with Torshin on Twitter. At least 10 tweets from eight accounts were sent to him. In some cases, Torshin wrote himself. In one of the messages “Agency” sent him holiday greetings, in another he quoted a poem by Mikhail Lermontov in Russian: “An oak leaf came off a branch of his darling. And he rolled off into the steppe, driven by a cruel storm. "

The Atlantic: Russia recruits neo-Nazis, radicals and bikers for sabotage in the US and Europe