Home In the U.S. How did the Russian factory trolls in the US

How did the Russian factory trolls in the US

February 16 US Department of Justice published accusations against 13 of Russians, who allegedly interfered in the presidential elections and in general the political process in the States. Although the agency did not specify how many Americans could have suffered because of the actions of the “troll factory”, it supported the materials with concrete examples. TJ chose the most remarkable. 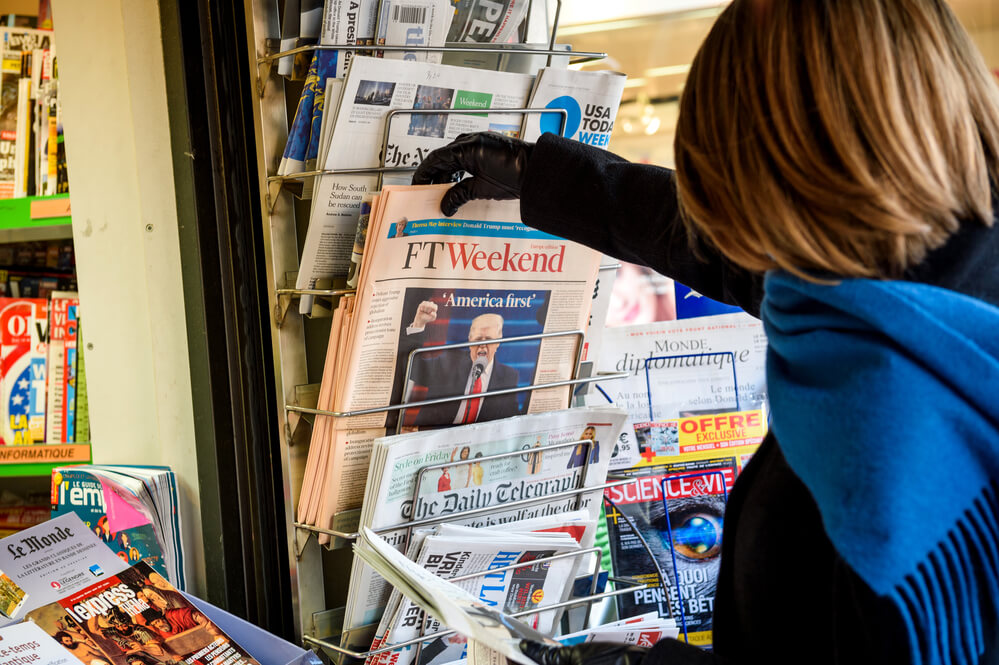 Businessman Yevgeny Prigogine, who is called the head of the "trolley factory", denies any involvement, like other employees of the St. Petersburg Internet Investigation Agency.

Hundreds of fake accounts of the “factory” in social networks, according to the American authorities, were created to promote fictional “opinion leaders”. Agency staff published posts in shifts day and night, taking into account the American time zones. The main task was to support political radicals and those people who are unhappy with the situation in society and the economy.

For the same purpose, Twitter started up accounts like the "Tennessee GOP". It was alleged that he was led by supporters of the Republican Party (Grand Old Party - the unofficial name). At one point, he scored more than 100 thousands of subscribers. 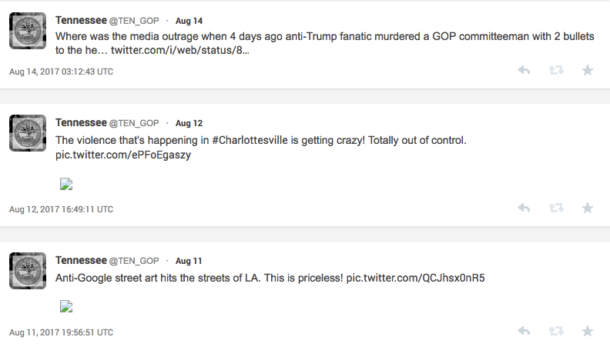 The tweets talk about how journalists ignore the assassination of an opponent of Trump, action in Charlottesville and graffiti against Google in Los Angeles. Now these accounts are blocked, but tweets are saved.

The advertisement was published deliberately: the “factory” analyzed the effectiveness of publications and tried to increase it with likes, comments and reposts. Since 2015, the agency has been advertising on political topics on social networks. In an election year, according to published examples, she was directed against Hillary Clinton.

Other examples of political speech

In 2016, the agency was tasked to use every opportunity to criticize Hillary Clinton and "and others." The message was marked: "except for Bernie Sanders and Donald Trump - we support them." For this, the “factory”, including creating accounts like “March for Trump” (“Marching for Trump”) and running hashtags.

To hide the identity and location, the IT department of the factory rented servers in the United States and set up a VPN — a virtual private network. Justice Ministry considered it using the American computer infrastructure.

Employees of the agency from Russia connected to the VPN and after that they worked: they posted records, launched new accounts and communicated with real Americans.

Use of stolen data and fraud

In 2016, the “factory” illegally used the personal data of Americans who were unaware of this. We are talking about social security numbers and dates of birth. Figures opened accounts in the American banks (names are not given), accounts in the PayPal payment system (payment of services passed through it) and profiles in cryptocurrency exchange services.

Employees of the “factory” made fake identification cards (ID) and driver's license. Real Americans used personalities when publishing content on social networks; they also paid for advertising through PayPal.

Employees of the "factory" through social networks convinced a certain US citizen to conduct a single action. 29 May 2016, he went to the White House in Washington and unfolded a poster with the inscription Happy 55 Birthday, Dear Boss (Happy 55th Birthday Dear Boss).

If you believe the accusations, the Russians convinced the American that the slogan is addressed to someone who is in the White House. The Justice Ministry is sure that they wanted to congratulate Yevgeny Prigogine, who was born on 1 on June 1961, in this way.

"Factory" through social networks organized not only single pickets, but also more large-scale political actions in the USA. At least since June 2016, the agency invented and advertised rallies via Twitter and Facebook. It is known that some participants of such actions were paid, but, judging by the documents, not everyone.

Not all actions were directed against Clinton: in June 2016, the rally “Support Hillary. Save the American Muslims. After the election, actions against Trump took place.

Some examples of such actions:

Employees of the "agency" began to destroy evidence in September 2017, when information appeared about their activities before the election. The first materials were deleted on the same day, when Facebook told about suspicious publications. This “factory” allegedly prevented further investigation by the US authorities.

An example is given from 13 September 2017, when an employee of the agency, Irina Kaverzina, sent an e-mail to a relative: “We have a small crisis here at work - we were caught by the FBI (no joke). My colleagues and I are covering our tracks. ” In another report, she admitted: "I came up with all these pictures and posts, and the Americans believed that they were written by their fellow citizens."

Recall that the day after mass execution in high school in Florida in the US segment, there was a sharp surge in tweets about the free circulation of weapons. Messages sent bots controlled by the Kremlin.

How Russian bots responded to killings in the Florida school