Home Page In the U.S. Pharmacist messes with COVID-19 vaccine to save people from 'DNA change'

Police say a Wisconsin pharmacist believed the Moderna vaccine could harm people and tried to sabotage vaccinations for frontline workers in the fight against the pandemic. New York Times. 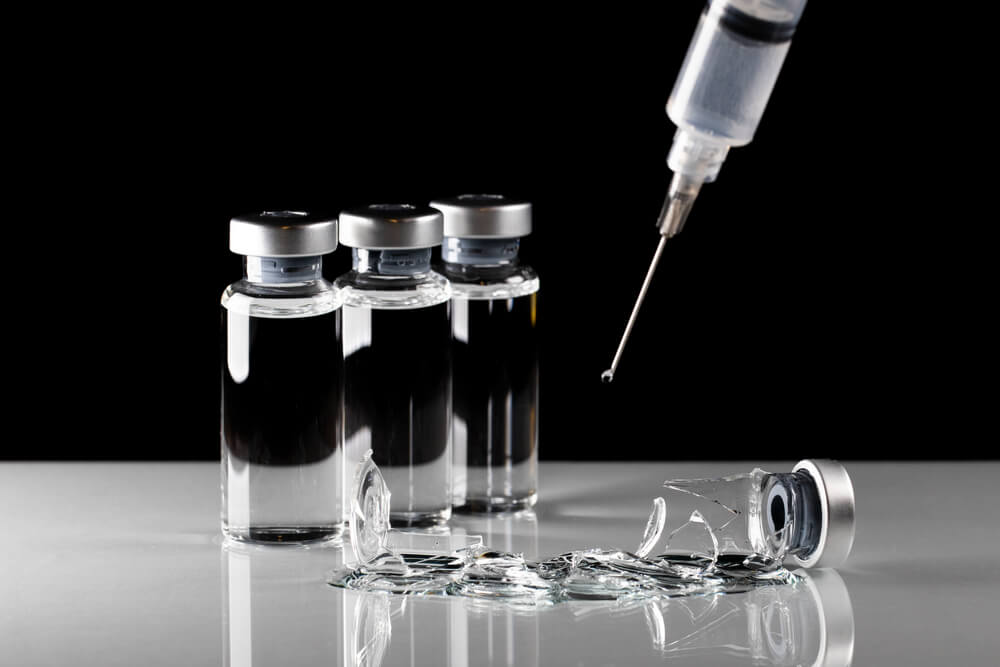 A pharmacist arrested on charges of being deliberately spoiled more than 500 doses of the Covid-19 vaccine at a Wisconsin State hospital, was a "recognized conspiracy theorist" who believed the vaccine could harm people and "alter their DNA," according to the Grafton, Wisconsin police where the man worked.

Police said Stephen Brandenburg, 46, who worked the night shift at Aurora Medical Center in Grafton, Wisconsin, removed a box of Moderna vaccine vials from the refrigerator twice for 12 hours, rendering them "useless."

“Brandenburg admitted that he did it on purpose, knowing that it would reduce the effect of the vaccine,” police said.

An attempt to wipe out precious doses of the vaccine came over the holidays, as the state worked to quickly introduce the vaccine to frontline healthcare workers. As of Saturday, January 2, the state received 159 doses of the vaccine and injected 800 doses, according to the Centers for Disease Control and Prevention. Although Moderna's product is sometimes referred to as a “genetic” vaccine, it does not alter a person's genes in any way.

Vials of 570 doses of the vaccine, costing between $ 8000 and $ 12, according to prosecutors, were discovered shortly before December 000. Five days later, Brandenburg was arrested on charges of irresponsible threat and property damage, although prosecutors said the charges could be reduced to one misdemeanor if the vials that had not yet been tested were found to be usable.

Prosecutor Adam Gerol said that Brandenburg was "very willing to cooperate and confessed to everything he did," and that "he stated that he was under a lot of stress due to problems in his marriage." Gerol added that, according to colleagues, Brandenburg twice took a pistol with him to work.

Last month, Brandenburg told his wife, who is in the process of divorcing him, that "the world around us is crumbling," according to a petition she filed for sole custody of the couple's two daughters after she learned that he was under investigation for the incident at the hospital. She said she feared his reaction if he lost his job.

On the subject: Several people die in Israel and Norway after being vaccinated against COVID-19

In her proposal, Gretchen Brandenburg said that on December 6, her husband picked up the children and brought a water purifier, a large can of milk powder, and two 30-day sets of dry rations.

“He told me that if I hadn't realized by now that he was right and that the world was crumbling around us, I seriously deny what was happening,” she said in an affidavit. "He went on to say that the government is planning cyberattacks and will shut down the power grid."

She asked him to spend time with their children under supervision, saying that he made disturbing remarks. A six-year-old child quoted him as saying: “This is not our home; heaven is our home, ”and“ All the evil angels and the devil will forever burn in the lake of fire, ”she wrote.

“I was so concerned about my own safety and the safety of our children that I left the city for a while,” she wrote.

The Brandenburgs got married in 2012, and the wife filed for divorce last June. At a hearing in July, her lawyer testified that his client feared the "wrath" of Brandenburg and that the parties "have completely different views on parenting and world views."

“As far as I understand, the respondent shares more of the opinion about conspiracy theories,” said attorney Brian Herro. - He has theories about Covid-19. He believes that the end of the world is approaching. So my client would like him to move out. "

In the ruling, the family court granted the woman temporary sole custody, finding that the children were "inevitably at risk of physical or emotional harm."

But the criminal court released Brandenburg on a promise to pay $ 10 if he doesn't show up for the next hearing on January 000. He was ordered to surrender any firearm; the prosecutor said the police had already confiscated some of his weapons.

Moderna vaccine must be kept frozen or refrigerated until used, although it does not require sub-arctic temperatures like Pfizer's vaccine. The hospital said 57 people received injections of the compromised vaccine, but Moderna assured officials that they would not harm the people who received them.

Hospital officials initially believed the vials had been damaged by accident, but after further investigation determined that the action was deliberate. They said the pharmacist no longer works for them.

At his July divorce hearing, which tackled a host of issues, including whether Brandenburg should be required to leave the family home, he spoke of the hard work from 21:00 pm to 7:00 am.

“It's not easy living under stress, getting enough sleep and working,” he said. “And if I’m wrong at work, I’m responsible for life and death matters.”

“It became clear that this was a bad actor scene, not a bad process,” he said.

A shortage of supplies has forced some officials to store vials in unknown locations, install security cameras and tracking systems, or restrict access. In early December, Interpol urged states to prepare for attempts by organized crime groups to attack vaccine supply chains. But most of the focus is on trying to steal or spoil the vaccine, not counterfeit it.

Wisconsin experienced a spike in coronavirus cases in the fall, and at times was one of the worst affected states in the country in terms of cases to population. Transmission has slowed slightly since then, but the state still reports 43 new cases per day for every 100 people. At least 000 Wisconsin residents have died.

How to submit biometric data in quarantine: important information from USCIS