Home In the U.S. Americans lost $ 211 million due to financial aid fraud: how to protect yourself

Americans have lost more than $ 211 million due to coronavirus financial aid scams, according to the Federal Trade Commission. Since January, the agency has received more than 275 complaints, writes CNBC. 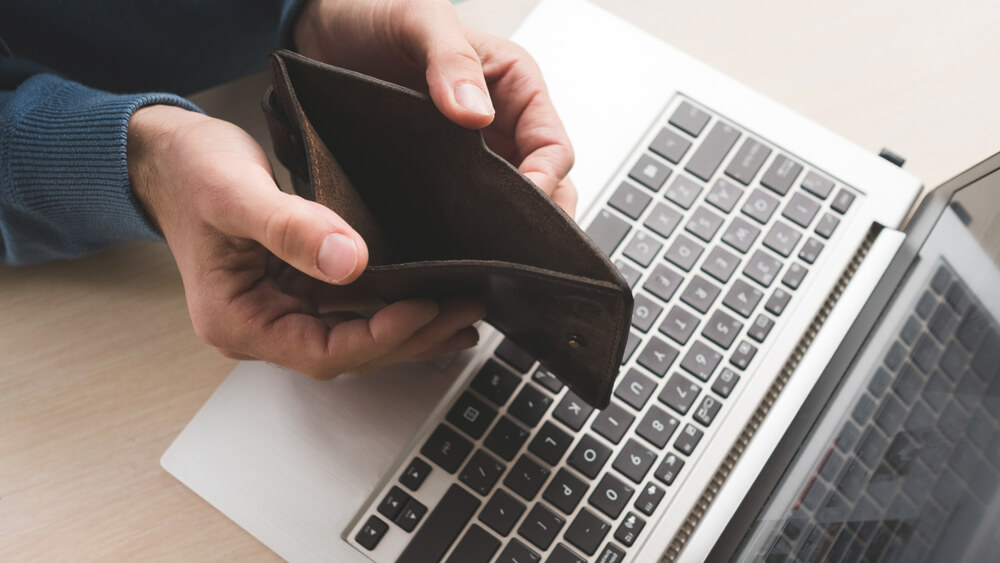 While fraud activity has eased from highs recorded earlier this year, it is likely to resume soon after President Donald Trump signed the $ 900 billion pandemic relief package - the Coronavirus Response and Additional Appropriations Act help in 2021 ”.

The law includes provisions for a second round of incentive payments of up to $ 600 per person, including dependent children under the age of 17, for individuals who earned less than $ 75 ($ 000 for those who are married) in 150 ... Benefits begin to be phased out for those who have earned more and cease entirely for those with adjusted gross income of $ 000 or more ($ 2019 for married couples).

The IRS is expected to initiate direct funds transfers by Thursday, January 7th, and will send out paper checks and debit cards by January 15th. And although Trump signed the bailout package a little later than expected, a senior official told CNBC on Monday January 4 that payments will be made along the same timeline.

However, the lingering uncertainty surrounding the second round of stimulus payments is creating “the perfect storm for scammers trying to make dishonest money,” said Ashley Moody, Florida's attorney general. On Monday, January 4, Moody's agency issued a notice warning the public about the increased likelihood of fraud.

“Fraudsters are always looking for new opportunities, such as another round of federal stimulus measures, to defraud consumers,” says Moody.

Spoofing technology makes it easier than ever for fraudsters to impersonate anyone else, including government officials. To be on the safe side, most experts advise consumers not to answer calls from unfamiliar phone numbers - let them switch to voicemail for further study.

“I would be very wary of any incoming emails or phone calls that purportedly come from the IRS, the US Treasury, the state unemployment agency, and so on,” said Ted Rossman, credit industry analyst at CreditCards.com.

Rossman says that if you do get a call or receive a message that you think came from a government agency, use a separate means of communication. For example, call the agency back at a number you trust or listed on their official website, instead of answering a call or email directly.

If you answer a call and it is about your coronavirus payout, keep in mind that US government agencies will not ask you for any money in advance to receive your funds.

“Anyone who does this is a fraud,” writes Jennifer Leach, deputy director of consumer and business education at the Federal Trade Commission.

Plus, government agencies “won't call, text, email, or contact you on social media to ask for your social security number, bank account number, or credit card number,” Leach says. Again, if you receive messages asking for this information, it is most likely a scam.

On the subject: New financial aid in connection with COVID-19 is already being sent: when will the money come

You should be suspicious of any letter or text message offering instructions that prompt you to click on a link to “request benefits,” according to the Better Business Bureau. Also, be wary of any messages that ask you to "verify" your personal information, according to Moody's office.

“The IRS will not call, send text messages or email to verify information,” wrote the agency's Identity Theft Resource Center.

A scam occurs when you receive an email or text message asking you to click on a link that will lead you to a bogus claim. The sender will ask you to complete this application to "ensure that you receive all payments due to you." But usually this is just a way for scammers to get your personal information.

According to Moody's agency, another important sign that a call or message is coming from a scammer is his message that he needs confidential information immediately. This is usually a clear reason to be wary if something needs to be done immediately or if you are told that there is a threat of loss of payment if immediate action is not taken.

“Take a breather,” says Ron Schlecht, managing partner at cybersecurity firm BTB Security. "Don't be in a rush to buy or release information."

4. Offer to send a commission

According to BBB Scam Tracker, a common scam is offering a faster payment in exchange for a small “processing fee” - usually using a prepaid debit or gift card.

But Jennifer Leach of the FTC says there is no such option as getting money early, even if you pay a commission.

“Anyone who says they can send you a payment now (or soon) is a liar and a scammer,” she says.

There has also been a spike in offers for cash advances at very high interest rates, which collectively far exceed quarantine payments, according to Quentin Rhodes-Herrera, director of professional services at cybersecurity firm CRITICALSTART.

“If anyone offers a cash advance on your incentive check, please read the key terms and conditions of that offer carefully,” says Rhodes-Herrera.

One type of scam that experts say is likely to reappear during the second round of incentive payments is fake checks.

“There have been a lot of scammers in the past year using fake checks that look like government checks,” said Page Shaffer, CEO of Generali Global Assistance, a global identity and cyber security service.

Typically, the scam starts when the addressee receives a check and deposits the amount in their bank account. The scammers then contact the addressee and report that the amount was incorrect and ask for a refund of the overpaid funds, Schaffer said. But when the bank finishes checking the check and determines that it is fake, the victim loses both the money she “should” have received and the amount of “unintentional” excess that she likely returned.

To be on the safe side, the Better Business Bureau recommends doing research to make sure the check is valid and double-checking if there is actually a government agency or issuer.

“Scammers often come up with the names of agencies and / or grants,” the BBB warns.

And remember that you can check the status of your incentive payment and your eligibility directly to the IRS.