Home In the U.S. Leaked conversation between Trump and the Secretary of State of Georgia leads to a scandal in the United States

The conversation between US President Donald Trump and Georgia Secretary of State Brad Raffensperger was recorded and made public. After the recording was received by the American media, a scandal erupted. What politicians talked about and how Republicans and Democrats reacted to it, says NBC News. 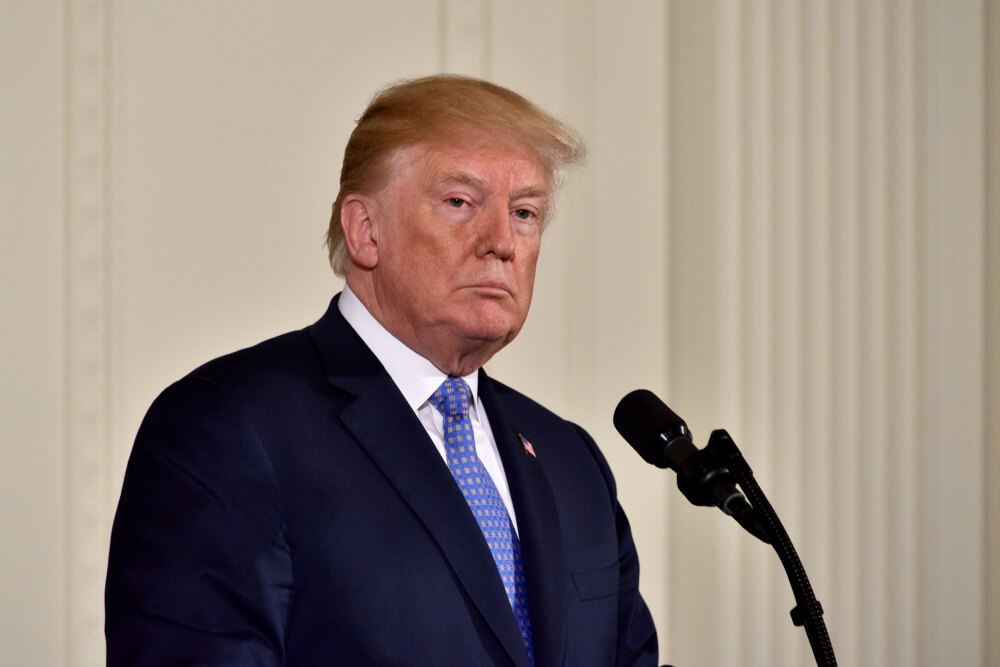 During the call, which was obtained by NBC News, Trump asked Raffensperger to "find" enough votes to rob President-elect Joe Biden of his state victory.

In a telephone conversation that lasted about an hour, Trump repeatedly nudged Raffensperger to change the vote count. The president, according to the publication, suggested that if Raffensperger, a Republican, went against Trump's proposal, he could be prosecuted.

“The people of Georgia are angry. People in the country are angry, ”Trump said in a telephone conversation. "And there is nothing wrong with saying you counted the votes."

Raffensperger and his office's general counsel, Ryan Herman, refused to comply with the president's requests during the telephone conversation, periodically telling him that his allegations of electoral fraud were wrong.

“Well, Mr. President, the problem is that you have the wrong data,” Raffensperger said at one point.

The conversation drew controversial reactions from members of various US parties.

The recording of the conversation drew a strong reaction from Democrats who are opponents of Trump. Rep. Alexandria Ocasio-Cortez, New York, said the president's behavior "warrants impeachment," while Senator Dick Durbin of Illinois said the situation "deserves as much as a criminal investigation."

Two Democrats in the House of Representatives asked FBI Director Christopher Ray to open a criminal investigation against Trump following the call.

“As members of Congress and former prosecutors, we believe Donald Trump was involved in incitement or conspiracy to commit a number of electoral crimes,” Congressmen Ted Lew of California and Kathleen Rice of New York wrote in a January 4 letter to Ray. "We ask you to immediately open a criminal case against the president."

On the subject: Congress is preparing to approve the results of the presidential election: the National Guard mobilized in Washington

The Republicans were more outraged not by what Trump said during the phone call, but by the fact that this information was leaked, as the secretary of state, who is a Republican, leaked it to the press. Deseret News... However, some GOP members considered the call a cause for "serious concern" and demanded an investigation by the Department of Justice.

On a January 4 radio show, conservative commentator Glenn Beck accused the Washington Post, the newspaper that first published the conversation, of “selective editing” of a leaked audio recording.

"The way they edited it, if you listen to the conversation and listen to the context, you will see that everything The Washington Post claims is just another lie," Beck said. He claims that the WP story was part of a larger liberal conspiracy to discredit Trump.

Georgia Senator David Purdue told Fox News that he was "shocked that a GOP member taped a conversation with the incumbent president," and then broadcast the tape to the media.

“In my opinion, this is disgusting,” added Purdue.

“It's amazing that Raffensperger and his lawyers are secretly recording and posting a confidential conversation with the president,” GOP chairman David Schafer said on Twitter.

NBC News reported that, according to them, "Raffensperger decided to record the call and made it clear to his advisers that he does not want his transcript or audio recordings to be published, unless Trump makes a complaint to Georgia officials or distorts the content of the conversation."

Trump tweeted on January 3, before the Post reported the leaked audio tapes, that he had spoken to Raffensperger about Georgia’s election results and that the secretary of state “had no idea” of the state’s alleged fraud. Raffensperger responded to Trump's tweet by writing that "the truth will be revealed."

"Leaked private telephone conversations with the President of the United States are a national security threat and should be treated accordingly," Kirk tweeted, adding that an investigation is needed into the Georgia secretary.

Raheem Qassam, editor-in-chief of the conservative digital publication The National Pulse, defended what the president said during the call, saying Trump was only calling for transparency in the elections and reduced the president's tone to mere "New York businessman bragging."