Loosen your guard for a little while and your car, with all its contents, is in danger. Everyone knows that you can't leave your car unlocked or forget the key in the ignition, but there are many less obvious mistakes that can make your car an easy target for criminals. Money Talks News. This is what you can’t do. 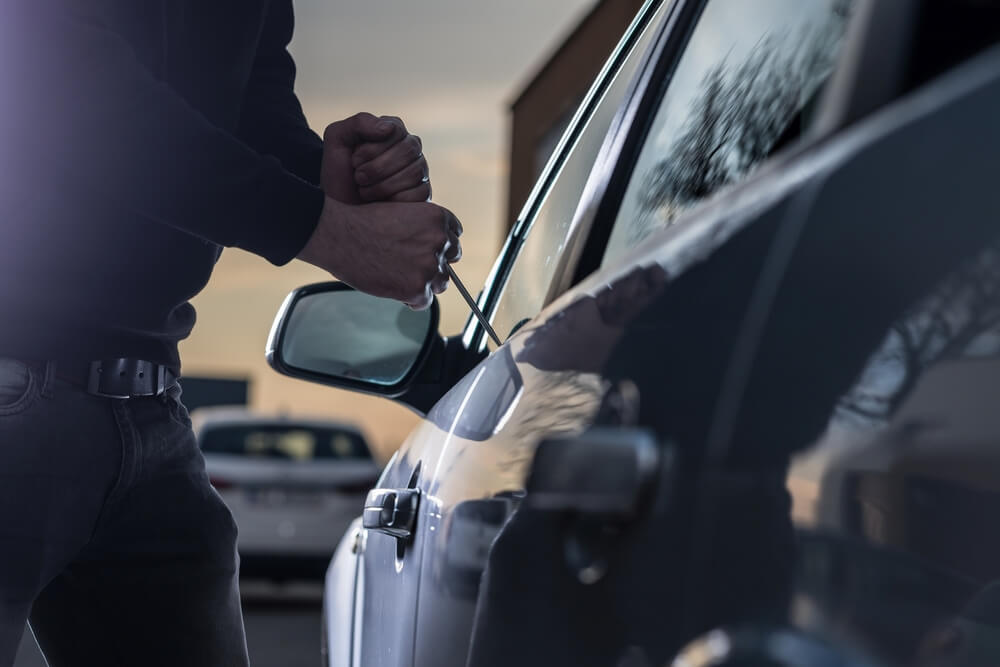 Leaving valuables visible inside your car is like creating a showcase for thieves. If they see what they want, it only takes a moment for a successful “shopping” - and now the glass is broken, the thing is stolen, and the criminal is gone.

Even if you only leave the car for a few minutes, always lock valuables in the trunk, police advise. If that's not an option, hide them under the seats, in the glove compartment (known by the Russian speakers as the “glove compartment”), or in other compartments of the car.

2. To think that only a new car will attract a criminal

At first glance, this makes sense. Why would a hijacker walk past a sparkling latest-model sports car to get their hands on your "old man"?

Mark Hinch, a car theft investigator and creator of stolen911.com, explains why criminals don't think so.

“In the 2000s, most cars began to be equipped with more advanced ignition systems, in which keys with a built-in special chip must be in close proximity to the dashboard in order for the car to start. Many cars built before start up easily and quickly if you know how to operate the ignition without a key, ”says the expert.

Your friends and family may laugh at the “old rusty bucket,” but the hijackers know better. That's why they're targeting cars like the 2000 Honda Civic. So don't compromise on the safety of a car just because it has too much mileage.

3. Buying a car with textile roofs

“Obviously, a 'rag' machine is easier to cut through than a sheet of reinforced metal. Convertibles can be an easy target for a thief, ”say the nationwide auto insurance system.

A sturdy knife can cut through fabric like butter. From a criminal's point of view, this is the perfect car.

On the subject: Hertz sells thousands of used cars at competitive prices due to bankruptcy

4. Parking on dark and quiet streets

Like cockroaches, thieves love to do their dirty work in the dark. If possible, park your car in a well-lit area with lots of pedestrians. Choosing the right parking space is also important for your personal safety.

Here's what the Boulder, Colorado police department advises: “Avoid parking near trucks, vans, dumpsters and other objects that obstruct visibility and provide cover. Avoid parking or walking with strangers loitering or sitting in vehicles. Make sure no one is hiding around your vehicle before getting out of it. ”

5. Machine unattended and with the engine running

If you've ever spent the winter in cities like Boston, Minneapolis or Buffalo, you know how tempting it is to leave your car unattended on a cold day while it warms up.

But that (even if you have a spare key and close the doors) can turn your car into the easiest target a thief will ever find.

Do not believe? In December last year, Minneapolis police said that about 82% of car thefts were related to unattended cars with a running engine.

Having tens or hundreds of cars surrounding your car in a giant parking lot can give you a sense of security. What are the chances that the hijacker will choose your car?

But thieves love parking lots. The mere sight of all these vehicles near the store, at the airport, or outside the stadium is enough to spark the interest of dishonest people.

In recent years, San Francisco has repeatedly stolen catalytic converters and wheels from dozens of cars parked in areas associated with the BART public transport system. And this story is played out countless times across the country.

So, remember: there is no reason to think that your car will not fall into the field of scammers.

On the subject: Car Advertising: How to Make $ 500 a Month and Avoid Scammers

7. Spare key inside the car

Think you've found a great place to hide your spare key? Perhaps you shove it deep in the glove compartment, stow it in the center console, or hide it somewhere else?

Steve Fuller, a former car thief, knows all these tricks. He once used them to his advantage.

According to him, 90% of the vehicles stolen by him were available after he simply examined the car, found the keys and calmly left in this car.

8. An attempt to make life easier for yourself - and for thieves too

Are you a driver who likes to park your car so that you can get out as quickly and easily as possible? Remember that not only you can leave in the same way.

Park in places that are more difficult to reach for quick exit. Also, turn the wheels to the side of the curb. It may sound ridiculous, but every little thing you do to make your car less attractive to thieves can save you a headache.

Know Your Rights: How To Behave With US Police

'The Efremov case' in Hollywood: does American justice spare celebrities

Gas prices rise in the US: what happens to prices as states quarantine