Home In the U.S. Biden presented candidates for key positions: Republicans are silent, and Democrats are unhappy

US President-elect Joe Biden has released a list of candidates for key positions in his new administration. They will take office after Biden officially takes the oath and becomes the 46th President of the United States. The inauguration will take place on January 20. Who entered the president's team, said the publication with the BBC. 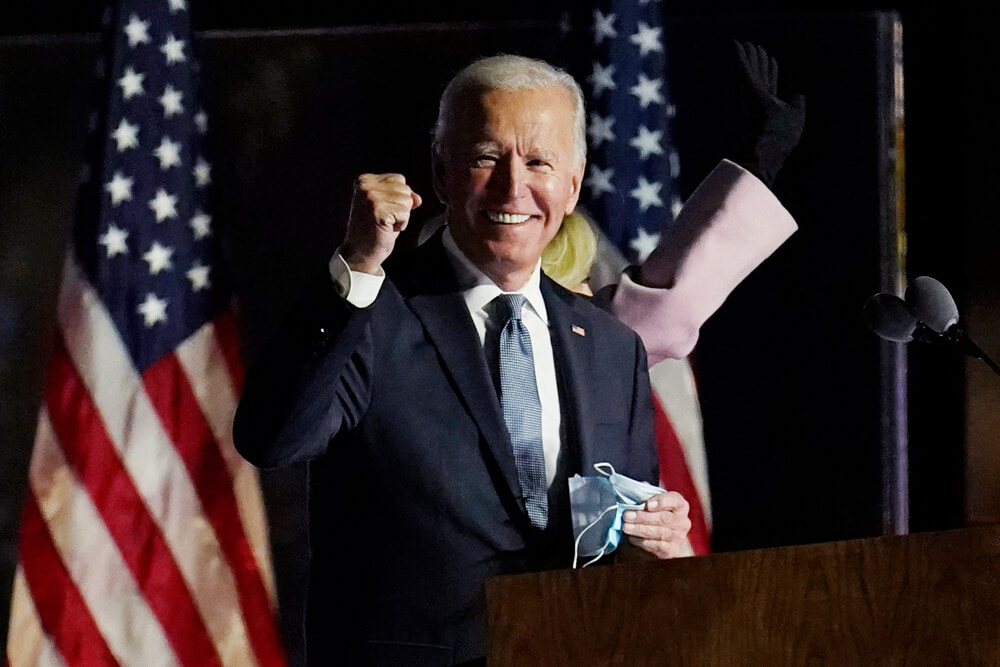 Recently acting US President Donald Trump ordered to begin the transfer of power in the country of the Biden administration, although he did not admit his defeat in the elections and said that he would fight to the last.

Introducing his team, Biden said the US is "ready to become a world leader again."

Following Trump's orders to begin the transition process, Biden gained access to the budget, security and intelligence data, and the authority to issue orders to key officials.

On Tuesday, November 24, Biden introduced six people to key positions in his administration:

Also, some media outlets report that Janet Yellen, who was the head of the US Federal Reserve System under President Obama, will be appointed to the post of head of the Treasury Department. This information has not yet been confirmed.

On the subject: Joe Biden is 78 years old: how old were other presidents at the time of the inauguration

The politicians elected by Joe Biden are liked by the centrist Democrats: they happily discuss the diversity and experience of appointees. Among them are foreign policy veterans, successful women, and blacks.

But progressives are not so happy about the choice of the future president. They believe that Biden managed to get victory with their help, but now he does not want to see them in power.

They believe that the team that Biden put together consists of people who at one time were part of the Clinton and Obama team. They said that the country is returning to Blob ("clot"). The term was coined by Ben Rhodes, Obama's speechwriter, to refer to the sluggish Washington establishment.

Steven Wertheim of the Quincy Institute, which specializes in foreign policy, says the actions of the new Democratic team in the White House are likely to be similar to the work of the old team, which has devoted more time to military threats than, for example, climate change.

“Progressives have cause for concern: whether significant changes will occur is not clear,” he says.

The people selected by Biden have vast experience in government. But this may not suit everyone. There is an opinion that long-term work for the government leaves an unpleasant imprint on officials.

However, the Republicans in the Senate are still silent and do not criticize Biden's choice.

President Trump continues to argue that there have been massive election frauds and Republicans are trying not to run ahead of the train, although Trump's attempts to prove his case in the courts were unsuccessful.

What Barack Obama wrote about Biden in his memoirs

Как wrote ForumDailyBarack Obama characterizes Biden as his political opposite. In 2008, he found it useful, because such a person on his team could ultimately rally people of different political views around Obama. The 44th president admitted that he was convinced that Republicans in Congress would be willing to negotiate with Biden.

“One of the reasons I chose Joe as a mediator - in addition to his Senate experience and legislative acumen - was my understanding that [Mitch] McConnell believed that negotiating with such a vice president would not irritate the Republican base in a way that any manifestation of cooperation with (black, Muslim socialist) Obama could anger her, ”the president's book says.