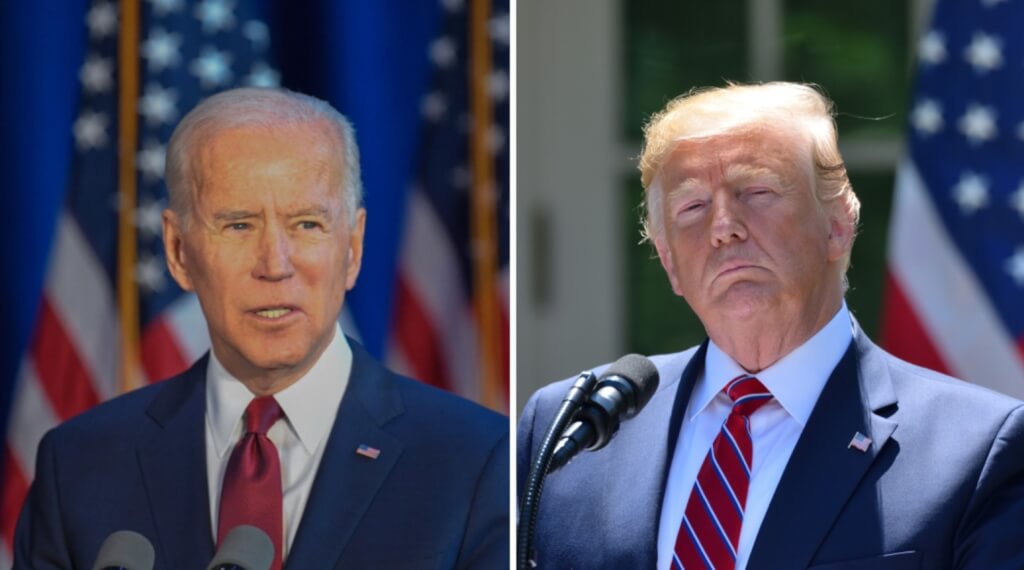 The headquarters transferred the corresponding amount to the state election commission on Wednesday, November 18, the commission said.

The Election Commission posted a message on Twitter that the petition for a recount was received on the same day.

In the state of Wisconsin, the Democratic nominee Joe Biden won by more than 20 votes, Voice of America predicts. Observers note that the recount is unlikely to affect the election results.

Trump will not admit defeat in this presidential campaign. His headquarters continue to challenge the conduct of elections in some states in courts, but the effort has yet to be called successful.

In addition to Wisconsin, a recount is being carried out in Georgia, where the difference between candidates was less than 1 percent.

According to the electoral rules of a significant part of the American states, the state (taxpayers) pays for the recount of votes if the difference between the candidates is within 0,25%, and the candidate's headquarters - when the difference is from 0,25% to 1%.

If the difference is more than one percent, then the recount cannot be organized, except by a court decision and in the presence of evidence of significant falsifications or errors. In Wisconsin, the difference was 0,7%.

On the subject: The Wall That Trump Torn Down: How a Newcomer to Politics Did What Republicans Couldn't Do Before Him

“A candidate, voter or political party has to pay and the price can be hundreds of thousands of dollars,” Connie McCormack, an election consultant, told the press.

Most of the recalculation costs are labor costs.

On Wednesday, November 18, President Trump's campaign headquarters filed a lawsuit over the Pennsylvania election results. It argues that Donald Trump should be called the winner in the state, and the state legislature, controlled by the Republican Party, should be given the right to distribute the electoral votes.

The lawsuit also alleges that the headquarters' constitutional rights were violated because observers were not given proper access when election officials processed ballots by mail.

An earlier version of the suit was dismissed.

The headquarters said that this was due to a misunderstanding between the president's lawyers. The lawsuit alleges that the 1,5 million votes statewide "should not have been counted" as they led to "results that indicate that Biden won in Pennsylvania."

Trump campaign lawyers also criticized the Pennsylvania Supreme Court's ruling: on Tuesday, November 17, the court ruled that election observers had adequate opportunity to observe the counting process, even if they could not see individual ballots.

“Contrary to 2002 International Election Standards, the Pennsylvania Supreme Court went in a direction unique to a democracy and said that meaningful observers were not part of the check and that votes could be counted without any scrutiny by political campaigns and parties,” Trump's lawyers wrote in the application. filed Wednesday, November 18th.

The latest lawsuit came a day after U.S. District Judge Matthew Brann, during a hearing in Williamsport, Pennsylvania, was skeptical that Trump's headquarters was justifying its call to dismiss votes over allegations of observers or other allegations regarding the mailing newsletters by mail.

Pennsylvania Secretary of State Cathy Bockvar and representatives from seven counties named as defendants in the lawsuit urged Brann to dismiss the lawsuit.

Earlier this week, the presidential headquarters also filed a request for disclosure of state election results, including copies of the outer envelopes of some of the ballots sent by mail.

The Associated Press and several other news outlets last week named Joe Biden as the winner in Pennsylvania. According to AP, the former vice president bypassed Trump in the number of electoral votes - 290 to 232. The incumbent president refused to recognize the election and began judicial appeals against the results of voting in states across the country.

On Thursday, November 19, Georgia's Secretary of State Brad Raffensberger announced that the state's manual recount was complete and President-elect Joe Biden's victory was confirmed. According to Raffensberger, the manual recount confirmed the original result obtained by machine counting the votes cast.

"The historic, first statewide audit confirmed that the state's new secure electoral system accurately counted votes and reported the results," Raffensberger said. “It goes to the hard work of our district and local election leaders, who quickly organized and completed such an important task in no time.”

The manual recount was part of the audit required by new state law. This is not related to any suspected problems with the election results or a formal request for a recount. The law requires that the audit be completed before the state can confirm the county results, which should be done by Friday, November 20.

Trump could have requested a recount because the difference in results was within 0,5%, but only until the state confirmed its results.

Georgia was one of five states that changed their minds in favor of the Democratic nominee since 2016. Biden won in this state by a 0,3% margin. The state has not voted to send a Democrat to the White House since former President Bill Clinton defeated him in 1992.

President Trump argued without evidence that the vote was counted illegally and declared the recount in Georgia a "fraud." Trump also falsely claimed that the state would "go over to the Republican side" when all votes were tallied.

"Do this!" - he wrote on Twitter to the governor of the state, Republican Brian Kemp.

In response to Raffensberger's comment, Trump's headquarters said that "this so-called manual recount went exactly as we expected, because Georgia just recounted all the illegal ballots that were included in the total."

The statement by the headquarters does not contain any evidence of the illegality of the recount.

Harvard vs. Trump: students ask not to let the president's associates into the institution