Home Positive Dogs, sheep, snakes: what pets did US presidents keep in the White House

After taking office in 2017, Donald Trump broke the old White House tradition by becoming the first resident of the Oval Office in nearly 150 years without pets. The animals are expected to return to the White House in January 2021 following the inauguration of President-elect Joe Biden - owner of two German Shepherds. “Kommersant”. 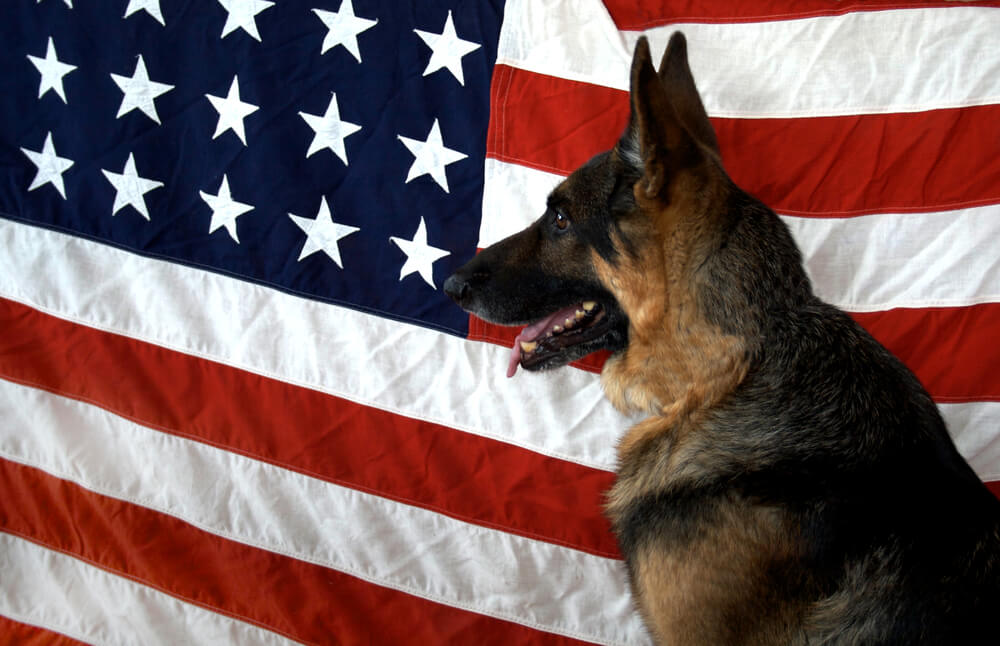 The record holder for the number of pets is the 26th US President Theodore Roosevelt, who, according to the estimates of the Presidential Pet Museum, owned 48 pets. Among them were six dogs, two cats, as well as five bears, two parrots, a lion and a hyena.

The second largest "court zoo" is the 30th President Calvin Coolidge, who owned 29 pets, including, in addition to 12 dogs and two cats, two raccoons, a donkey and a lynx.

The third place is taken by the first President of the United States, George Washington (26 animals), being at the same time the record holder for the number of dogs (17 hounds). The top five is closed by the 18th President Ulysses Grant (15 animals), who, for example, had a fighting cock.

The 19th President Rutherford Hayes is considered the record holder for the number of cats - he had three of them. In 1878, he received the first registered Siamese cat in the United States. In addition to Hayes, 11 presidents had cats, while 31 presidents had dogs.

During World War I, the 28th President of the United States, Woodrow Wilson, kept a flock of sheep in the courtyard of the White House to help the military in the fighting. In addition, the sheep "mowed" the lawns while the president's gardeners were at war: the animals devoured the growing grass. The sheep were later trimmed and their wool sold to raise funds for the American Red Cross, writes Harper's Bazaar.

Herbert Hoover, 31st President of the United States, kept ... a possum in the White House! The President and his wife accidentally found a lost wild animal, "adopted" it and named it Billy Possum. Also under Hoover, a canary, a German and Belgian shepherd dog and a Norwegian elkhound managed to check in at the White House.

In addition to bears and other pets listed above, Theodore Roosevelt kept ... a snake in his residence! True, all this was not the idea of ​​Roosevelt himself: his children had pets, and the president had six of them. One day, Quentin, the president's son, took several snakes from a pet store and ran to his father's office to brag about the find. However, he did not calculate that at that moment an important working meeting was taking place there, fell and scattered reptiles on the president's table!

The most famous pet of Calvin Coolidge was a female raccoon named Rebecca. It was originally supposed to be ... dinner for them! Yes, the Ambassador of Peru sent the raccoon to the Thanksgiving table to the White House. However, the first lady literally fell in love with the adorable animal and realized that she would not be able to let her go to the stew. True, Rebecca was not very fond of the servants at the presidential residence: it is reported that White House workers were annoyed by her habit of climbing on furniture, scratching it with claws.

However, dogs were the favorite animals of almost all presidents. Barack and Michelle Obama kept two Portuguese Wasserhund, Richard Nixon an English Cocker Spaniel. Theodore Roosevelt Fahl's Scottish Terrier even helped him win the fourth election in his life: during the debate, the president mentioned his favorite in a speech against his political opponents, which helped him become president for the first time in history for the fourth time in a row! Fala also attended all important work meetings and events with Roosevelt and often appeared on television and in newspapers.

Trump was not the first president to not have any pets. Only 17th President Andrew Johnson and 11th James Knox Polk had no animals in front of him. But for the past nearly 150 years, pets have always lived in the White House, and Trump broke that tradition. Many voters did not like this feature. In his own words, he considered the idea to have a dog "fake".

"Just imagine how I would look like walking with a dog on the White House lawn," Trump said.

In the last presidential election, he was bypassed by Joe Biden - the happy owner of two German shepherds. So very soon Dog barking will be heard in the White House again.