Home Immigration in the USA A record number of immigrants voted in the 2020 elections: who are they and where they live in the USA

In 2020, a record number of immigrants voted in the US presidential elections - in twenty years the size of the electorate in this category almost doubled to 23,2 million people, according to a study Pew. 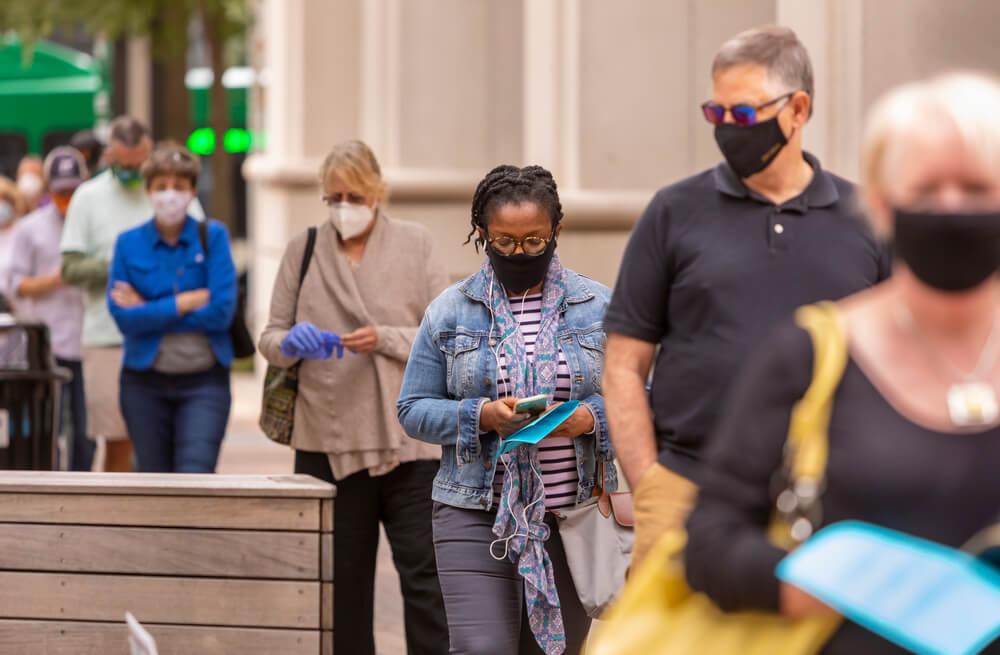 In recent years, more and more immigrants living in the United States have naturalized. According to the US Department of Homeland Security, 2009 million immigrants became citizens between 2019 and 7,2.

Immigrant voters in the country come from a variety of backgrounds. Most of those eligible to vote are Hispanics or Asians, although they hail from different parts of the world. Immigrants from Mexico make up the largest group at 16% of foreign voters. Two thirds of all immigrants have lived in the United States for more than 20 years, and 63% are fluent in English.

Hispanics, who number 7,5 million, make up 34% of all immigrants who are eligible to vote. 6,9 million Asian immigrants with the right to vote make up 31% of the foreign-born electorate.

Most of the 23 million immigrants (61%) eligible to vote in the 2020 elections live in just five states, writes Pew... California has more immigrant voters (5,5 million) than any other state, more than New York (2,5 million) and Florida (2,5 million) combined. Rounding out the top five are Texas and New Jersey with 1,8 million and 1,2 million eligible immigrants, respectively.

On the subject: 2020 election: Trump almost acknowledges Biden's victory, tens of thousands take to the streets in Washington

Here's a more detailed overview of immigrant voters eligible to vote in these five states.

Asians make up 43% of California's eligible immigrants, the highest of any racial or ethnic group. Nationally, Hispanics make up a higher proportion of immigrants with the right to vote than Asians (34% versus 31%), but the opposite is true in California, where many Hispanic immigrants are not eligible to vote because they do not have US citizenship.

In New York City, no country of birth constitutes a large proportion of immigrants who can vote; about a quarter of voters born abroad come from the three largest countries of origin: the Dominican Republic, China and Jamaica.

Texas rivals Florida for the percentage of Hispanic immigrant voters. Roughly half (52%) of all eligible immigrants in Texas are Hispanic, a share second only to Florida (54%) among the top states. Asian immigrants are the second largest group in Texas with 29%.

By country of birth, Mexican immigrants alone represent 40% of all immigrant voters in Texas, or 736 people. The second largest group, with 000 voters, are Vietnamese immigrants, and Indian immigrants (130 voters) make up the third group in the state.

Biden will be given access to information on national security, although the transfer of power is not approved