Home In the U.S. 300 thousand immigrants will not be able to vote in the elections due to the slowness of USCIS

The data shows that some 300 legal permanent residents across the country will not be able to complete the naturalization process in time to vote in the upcoming November elections. Writes about it Miami Herald. 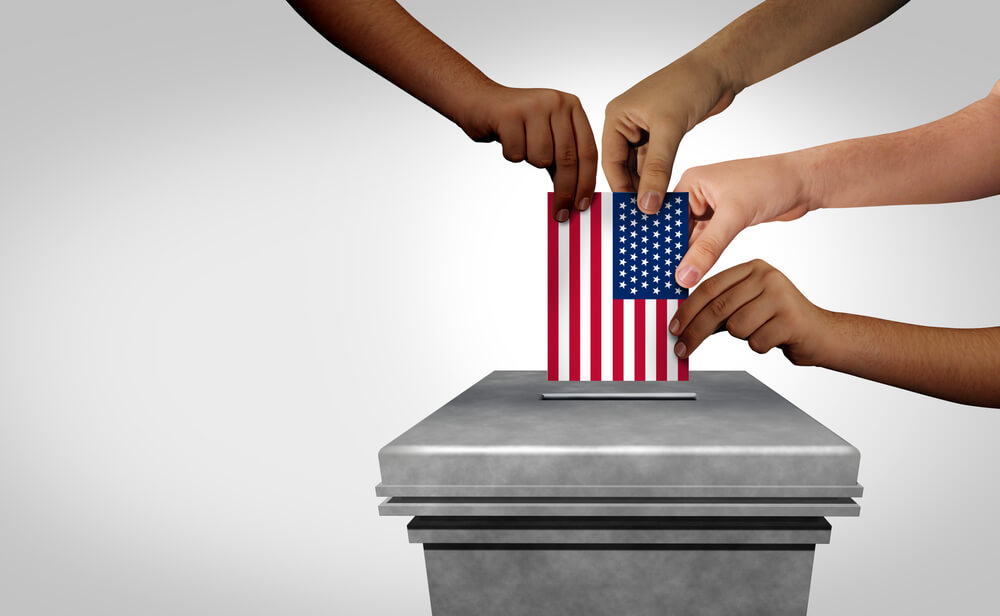 Data from the Immigrant Legal Resource Center and Boundless Immigration, a technology company that helps immigrants obtain green cards and citizenship, shows that the immigration policies pursued by the administration of US President Donald Trump since the onset of the COVID-19 crisis have slowed down the processing of naturalization applications and created a record gap. when the number of naturalization applications increased dramatically.

Experts say the desire to vote in the November elections, as well as the fact that the administration will soon nearly double the fees for naturalization applications, also pushed people to apply faster.

The number of naturalization applications traditionally increases during presidential election years. Motivation: Ability to obtain US citizenship in time to register to vote.

Under the previous administrations of George W. Bush and Barack Obama, the United States Citizenship and Immigration Services (USCIS), the agency that manages the country's naturalization and immigration system, received additional resources during the presidential elections of 2004, 2008, 2012 and 2016 to ensure it can handle with an influx of new naturalization applications.

Immigration data experts say the backlog is a result of government policy, and many of the less important aspects are known technical changes that doubled naturalization interview times and added new USCIS lines of interrogation.

Some examples: "USCIS officials recently introduced an unnecessary and burdensome standard for determining whether naturalization applicants possess the necessary 'good moral character' to become citizens," the report says. "In some cases, USCIS asks for documentation of minor offenses that occurred decades ago, such as unpaid parking tickets or traffic violations."

On the subject: Elections 2020: how the homeless in California will vote

This new policy, along with higher fees and the closure of immigration offices during the pandemic, slowed down naturalization judgments, increased red tape and created a rapidly growing naturalization gap of about 1 as of October 650. During the presidency of Barack Obama, the gap was 000 people.

USCIS data show that the average waiting time for immigrants wishing to naturalize has increased from an average of 5,6 months in 2016 to 10,3 months in 2018, 9,9 in 2019 and to about 8,8 months in 2020 year. In some cases, naturalization applicants waited more than two months. years to complete the process. Before the pandemic, the processing time doubled - on average from 10 months to a year, and even more in some regions.

As of early October 2020, 93% of Florida naturalization applicants could expect an average of 26,5 months to process their application. At the end of September, data showed that the government conducts an average of 70 naturalization interviews per month. Only 000 thousand were processed last month.

By creating deliberate barriers to naturalization, USCIS officials appear to have created a new form of voter reduction that prevents hundreds of thousands of potential citizens from participating in elections for the first time. In doing so, USCIS is setting a dangerous precedent that could make it difficult for future immigrants to acquire citizenship and voting rights.

With the onset of the COVID-19 pandemic in March, USCIS has closed its field offices to provide any personal services, resulting in a sharp cut in the agency's operations. Without personal services, processing of all applications requiring interviews, including applications for naturalization, has been suspended. The naturalization oath ceremonies for applicants who have successfully completed the process have also been suspended.

The swearing-in was not carried out remotely via video conferencing, telephone or socially remote personal visits. In the summer, some offices partially reopened with very limited meeting space.

“Every day that passes without prompt processing of naturalization decisions represents the effective disenfranchisement of thousands of potential voters,” the report says.