Home Positive Residents of Chicago were surprised by unusual ice pancakes on Lake Michigan: what is this phenomenon

This week on the shores of Lake Michigan in Chicago, ice pancakes were discovered - round flat disks of ice. CNN. 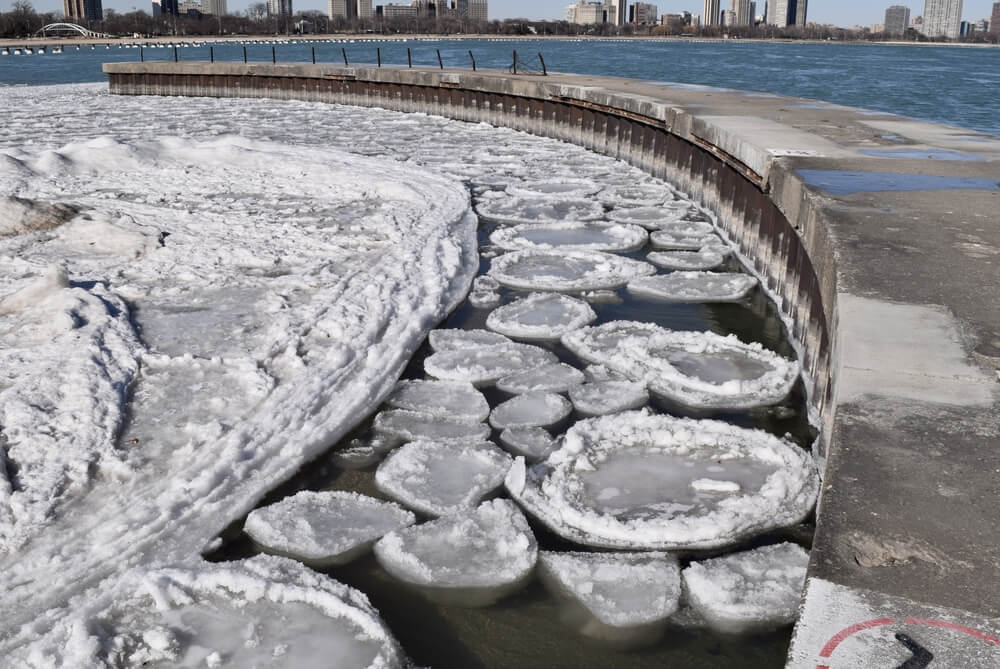 The photographs of Sharan Banagiri were taken on Loyola Beach in Rogers Park about 16 km north of the city centre. Banagiri said the photos were taken on the path leading to the lighthouse. Banagiri noted that the temperature at the time of taking the photos was around -6 degrees Celsius.

The Great Lakes ice sheet is currently 21,9%, the highest on this date in six years. Lake Michigan is also covered by 20% ice, which is close to the average today.

During this time of the year, oddities such as ice pancakes appear due to very low temperatures in much of the north of the United States.

On the subject: 11 Natural Wonders of America that must be visited at least once in a lifetime

Ice pancakes look exactly what you think they are - round, flat disks of ice. They are common in the Arctic, but usually only begin to appear in the lower states after temperatures drop well below freezing for several days.

This phenomenon is limited strictly to bodies of water such as rivers, lakes and oceans.

Once these bodies of water are cold enough, the chunks of ice that have begun to form will hit each other, forming elliptical disks with rounded edges.

“The hallmark of pancake ice is the raised edges or ridges around the perimeter, caused by pancakes colliding with each other due to ocean waves,” explains the National Snow and Ice Data Center.

Ryan Alioto also took advantage of the cold in the Great Lakes region by taking photos and videos with his drone on January 20 over Lake Michigan in Chicago. He said that at the time he filmed the footage, the temperature was around -4 degrees.