Home Our people A Russian-speaking candidate is fighting for the chair of the mayor of a city in Florida: what is known about her

Larisa Svechin is a Jewish immigrant from Belarus, Gomel, who moved to the United States in 1979 when she was 6 years old, along with her parents and two sisters, seeking political asylum for religious reasons. She is now a candidate for mayor of Sunny Isles Beach, Florida. 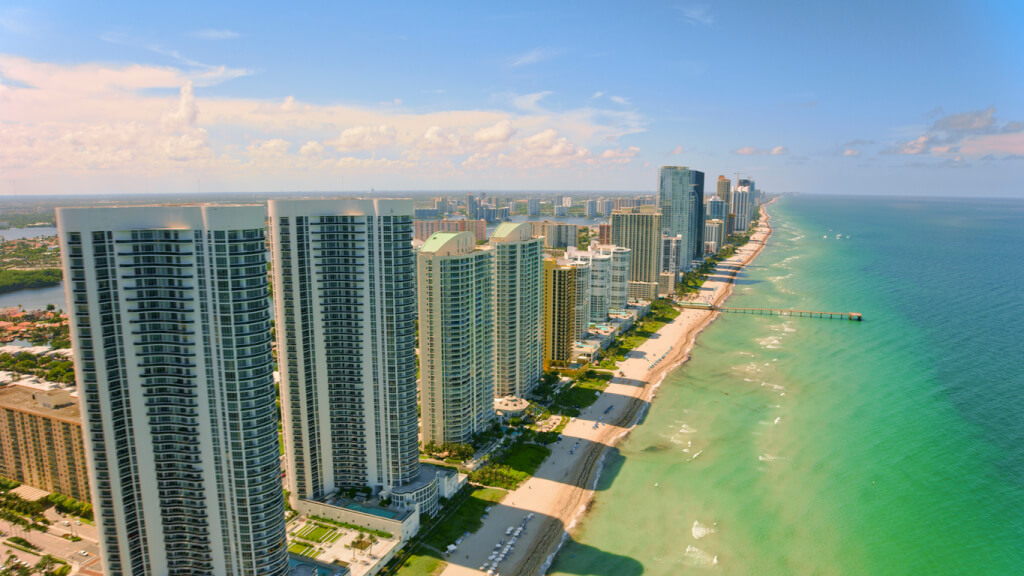 Larisa manages to simultaneously cope with four children and a city with a large proportion of the Russian-speaking population.

She says she wants to overcome the stereotype of Russian-speaking blondes in high heels in the minds of Americans.

Larissa spent her childhood in Sunny Isles Beach. She attended North Miami Beach High School, then moved to New York for college and eventually made a career in advertising at one of the largest media agencies in the world, managing over $300 million. There she met important people, gained experience with money and management skills that helped her succeed in her former positions as city councilor, vice mayor, and mayor.

On the subject: Ukrainian schoolchildren won the NASA competition: their mini-laboratories flew into space on a SpaceX ship

“For me, being mayor is not just an honor, it is a personal matter close to me. My family has lived in Sunny Isles Beach since 1987, and I really want what has always been so special and vibrant in this community to remain so for my own children and future generations,” says Larisa. “I will continue to be the mayor who works with everyone and brings together all the stakeholders of the city. This is how we preserve and protect the character of our city. I have never had a divisive approach to public service because I believe that when everyone has a voice, the city always comes first.”

She believes that never before has Sunny Isles Beach, a world-class city, been so divided.

Svechin says it's time for unity, transparency and the freedom to make choices that make sense for the families of the community.

“My vision for Sunny Isles Beach is focused on listening to you, protecting you and doing what is best for you. My role as a dedicated public servant is to represent the people of Sunny Isles Beach,” she says.

To be a successful leader, you need 100% desire to change something for the better, as Larisa says.

“It means being available to you every day of the week and always leaving my door open. The government's role is to be accessible and transparent, she says. “I will continue to do this, as I have done for the past five years.”

This commitment helped Svechin earn her Master of Public Administration degree from Harvard University, from which she graduated in May 2022. She believes that a true leader must be willing to do hard work, devote a lot of time to each issue, keep promises and inspire communication.

Larisa is fighting to keep the streets of her hometown safe. She wants to expand the city's police department and add special units to patrol the beaches, parks and piers.

She also wants to protect the architectural beauty of the city, make aging buildings safer. She says that for this it is necessary to eradicate corruption in condominiums. “Our security and the protection of our investments should be a real priority,” she says. Svechin also wants to renovate the city's parks, build new sports grounds, and improve public recreational areas by modernizing Sunny Isles Beach's infrastructure.

Larisa also sees problems in bureaucratic processes that need to be accelerated and reformed. She fights to eliminate unreasonable delays in obtaining permits, public records, or responses to job offers.

“Our government, budget and bureaucracy are out of control and need to be controlled,” she says.

“Our services remain the same as they were 20 years ago. We have to travel to North Miami to renew our driver's license, travel to Aventura for early voting, travel to North Miami Beach to get all post office services, and fight traffic in 3 cities to get our kids into high school. A city of our caliber must have impeccable resources, service and infrastructure,” she said.