Home Incidents The house exploded and burned down: in California, Tesla caught fire while charging

The house exploded and burned down: in California, Tesla caught fire while charging

Yogi and Caroline Windum were still asleep when their Tesla Model S sent a warning that charging had been interrupted. Twelve minutes later, they were awakened by a fire alarm that engulfed their home in San Ramon, California. The fire started in one of the two electric vehicles in their garage and spread to the other. As it turned out, this is not an isolated case. The edition told in more detail The Washington Post. 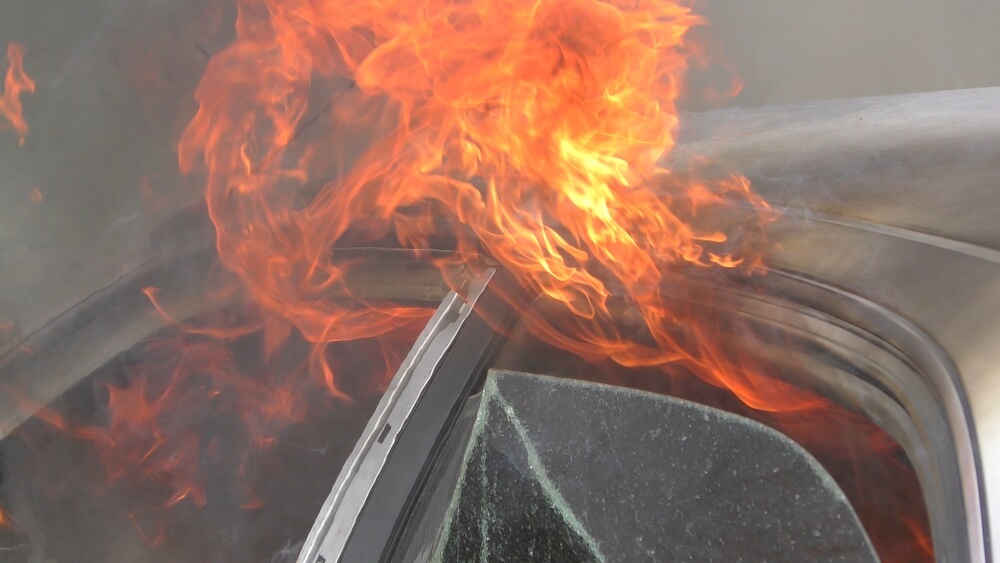 The fire is one of a number of recent examples showing what can happen if electric vehicles are left in garages to charge overnight. The issue is a growing concern as a number of electric vehicle manufacturers have warned owners not to leave cars unattended under certain circumstances or fully charged in garages.

Automakers including General Motors, Audi and Hyundai have recalled electric vehicles in recent years over fire hazards and warned of the associated dangers.

Last year, Chevrolet advised owners not to charge their cars at night or store fully charged cars in garages. The company has recalled more than 60 of its Bolt electric vehicles over fears of spontaneous ignition of cars parked with fully charged batteries after five fires were reported with no prior impact damage. Last month, the company posted another recall on the same vehicles after two reports of battery fires on repaired vehicles.

“We don't think every vehicle has this rare manufacturing defect,” said General Motors spokesman Dan Flores. "But we cannot risk it, so we are recalling all vehicles."

Hyundai spokesman Michael Stewart said the company announced in March that it was recalling its Kona electric vehicle in order to replace the battery. Stewart said that owners were advised to lower the maximum charge level in their vehicles to 80 percent and park on the street until the charge level is low.

On the subject: A revolution in the trucking industry: Tesla launches electric trucks

Automakers face multiple challenges in getting EVs to consumers ahead of the regulatory and company deadlines for moving production off vehicles. They face skepticism about the availability of charging stations, concerns about vehicle range, and concerns about cost.

Tesla has claimed in the past that its cars are ten times less likely to catch fire than gasoline-powered cars, based on data from the National Fire Protection Association and the Federal Highway Administration.

However, safety experts note that fires on electric cars can burn harder and last much longer.

“It can take up to 24 hours to put out a battery fire,” says Tesla's Model S emergency response guide.

Tesla owners have reported numerous fires involving older vehicles, although not all under the same circumstances. There are at least five known fires involving the Model S, including the December 30, 2020 fire that destroyed most of the Windum home in San Ramon. In this case, Yogi Vindum recalls, at least six fire engines arrived at the house.

Also late last year, a five-year-old Tesla Model S in Frisco, Texas caught fire, with firefighters struggling to gain access to the cockpit after the motorized doors failed to open. In 2019, Tesla said it had sent investigators to the scene of the Model S explosion in a Shanghai parking lot. Surveillance video showed smoke erupting from a parked car before a fiery explosion. In 2018, a Tesla Model S car caught fire "unexpectedly" on a Los Angeles street, according to actress Mary McCormack, whose husband owned the car. Tesla admitted that the batteries are on fire.

At the end of June, the new flagship Tesla Model S Plaid was destroyed when it caught fire shortly after the owner bought the car.

Meanwhile, the National Highway Traffic Safety Administration (NHTSA) has been looking into Tesla's battery management system since 2019. The agency said it did not comment on open investigations.

Tesla has come under scrutiny over concerns that it has allegedly manipulated battery software in older cars to reduce the risk of fire. The company proposed to resolve this issue, and at the end of last month Elon Musk tweeted: "If we are wrong, then we admit it, as in this case."

NHTSA began investigating the Chevrolet Bolt fires in October 2020, prior to the initial recall of the vehicle.

The Windum car case is unique in that it involved two electric vehicles parked next to each other in a garage. They have demonstrated the explosive power that they can release when burned.

A fire inspection report received by the Windumas in July cites the Tesla Model S's thermal management system as one of two possible causes of fire, and the other as a malfunction of the vehicle's electrical system while charging.

Yogi Vindum, who identified himself as a Tesla fan, missed the initial warning on his iPhone at 05:25. In the garage where a 85 Tesla Model S 2013 was charged overnight, a flame erupted and began to spread rapidly. Another Tesla Model S was parked nearby. According to him, the garage caught fire, causing violent explosions powerful enough to rip off the metal garage doors.

They were awakened by a roaring car alarm. According to him, the house was filled with smoke. From across the street, Windum watched as their house burned.

On the subject: Our response to Tesla: electric cars and supercars produced in Russia and Ukraine

The Windums are unable to live in their home after a fire on December 30, which caused more than $ 1 million in damage.

“The firefighters said it was so hot they couldn't walk down the driveway,” Windum said.

Windum eventually replaced the Teslas with a gasoline-powered Audi from an insurance premium that covered the cost of the cars. He said he was disappointed with what he called the company's lack of interest in the aftermath of the fire. The charred carcasses stood in the couple's driveway for weeks, "waiting for Tesla to figure out what went wrong."

“As far as I know, they never showed up,” Windum said.

The fire in his home changed his view of whether car fires pose a unique risk to electric vehicle owners.

“Cars with gasoline engines do not light up in the garage when they are parked there. And that's the difference, ”he said. "I'm not worried that my Audi catches fire when it's not working."