Home In the U.S. US recalls millions of cars: airbags kill 27 people 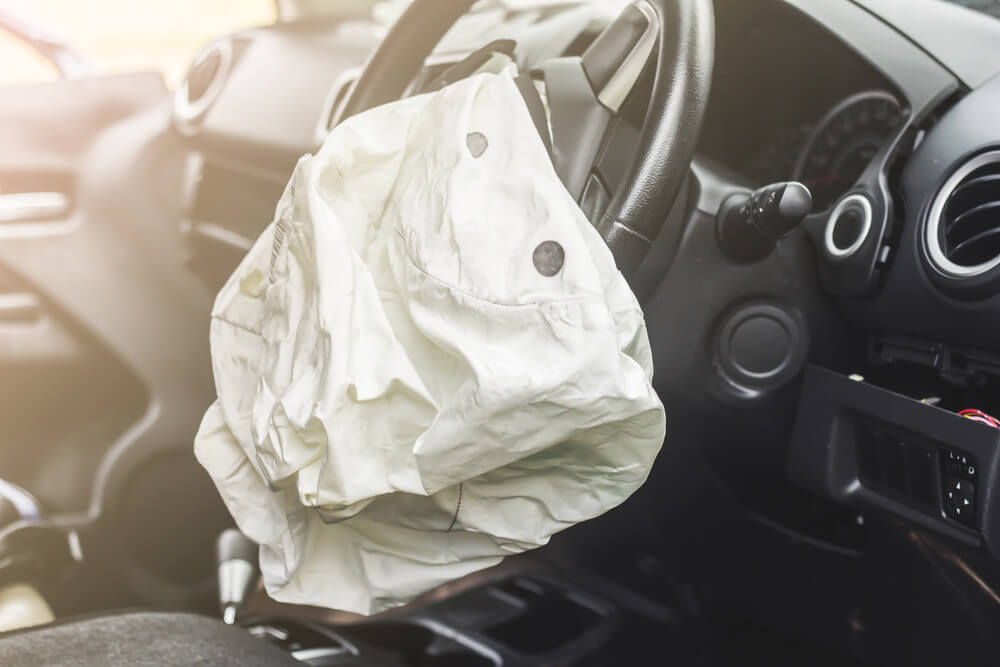 The announcement came on Monday, November 23, after the US government told the automaker that it should recall the cars. GM says it will not challenge the decision, even if it believes the vehicles are safe. That will cost the company roughly $ 1,2 billion, which is about a third of its net profit this year.

According to the National Highway Transportation System Authority (NHTSA), these are Takata PSAN passenger side airbags fitted in the following 2007-2014 vehicle models:

Since 2016, the automaker has petitioned the NHTSA four times to avoid recalls, claiming that the airbag containers did not pose a threat on the road and during testing. But on Monday, November 23, the agency dismissed the petitions, saying the devices were still at risk of exploding.

Owners complained to NHTSA that the company prioritized profit over safety.

“The GM recall is a huge step in the right direction,” said Grace Brombach of the US PIRG Education Fund, a consumer advocacy group. “Airbags are there for protection, not for causing more harm. Vehicle owners shouldn't have to worry that their vehicle's airbag may be killed during a minor turn or a more serious collision. ”

On the subject: Deadly risk: dangerous toys for children are sold in the USA

Largest series of testimonials in US history

The Takata airbag explosion caused the largest recall series in US history, with at least 63 million cars being recalled. The US government says over 11,1 million have not been fixed as of September. Around 100 million airbags have been recalled worldwide.

Japanese automaker Honda agreed in August to pay $ 96,5 million to settle an investigation into defective airbags in some of its vehicles. Lawsuits were filed by attorneys general in 46 states, three US territories and Washington, DC. Honda has recalled approximately 12,9 million Honda and Acura vehicles equipped with defective airbags.

The Takata pillows used volatile ammonium nitrate to create a small explosion and inflate airbags in an accident. But the chemical can deteriorate when exposed to heat and humidity, and air cushions can explode at too much pressure, bursting a metal canister and throwing out debris.

The pillow explosion killed 27 people worldwide, 18 of them in the United States.

The saga of Takata

NHTSA's decision is an important step towards the conclusion of the Takata pillow saga. This means that all Takata ammonium nitrate pillows in the US will be recalled, NHTSA said. Earlier this year, the agency decided not to recall pillows containing a desiccant chemical called desiccant. The NHTSA said it will monitor these devices and take action if problems arise.

It took the agency over four years to make a decision. In a prepared statement, NHTSA said it analyzed all available airbag data, including engineering and statistical analyzes, aging tests and field data.

“Based on this information and data presented in the public petition register, NHTSA has concluded that these GM pillows are at risk of the same type of explosion after prolonged exposure to high temperature and humidity as other recalled Takata pillows,” the agency said.

The company has 30 days to provide NHTSA with a proposed schedule for notifying vehicle owners and initiating recalls, the company said in a statement.

GM said that while the company considers the withdrawal to be unwarranted based on evidence and scientific evidence, it will comply with the NHTSA decision.

Spokesman Dan Flores said none of the pillow containers shattered in the field or in laboratory tests. But he said GM wants to avoid a protracted battle with the government.

In a 2019 petition to NHTSA, GM said the pillows and containers were designed to specifications and were safe in field tests of nearly 67 pillows. The containers have been said to have large vents and steel end caps to make them stronger.

GM also said in its petition that Northrop Grumman tested 4270 pillow designs by artificially exposing them to high humidity and temperature cycles, and there were no explosions or abnormal activations.

However, the NHTSA hired airbag chemicals expert Harold Blomkvist, who holds 25 patents to verify the data, and he concluded that GM's airbags were similar to other Takata products that exploded.

The company said the recall will be phased, depending on the availability of the replaceable pillow design, and will cost the company $ 400 million this year.

Drivers can check if their vehicles have been recalled by going to this page and entering your 17-digit vehicle identification number.

Previous reviews of Takata have led the Japanese company to bankruptcy and legal action against it. It was eventually bought by a Chinese auto parts supplier.

Toyota and Honda recall millions of cars: what's going on

1,7 million cars are being withdrawn in the USA: airbags caused 23 deaths

Toyota recalls 1,7 million vehicles in the US due to faulty airbags

Honda recalls a number of models and urges drivers not to use them yet.