Home In the U.S. Deadly risk: dangerous toys for children are sold in the USA

Deadly risk: dangerous toys for children are sold in the USA

With the holidays approaching, the hunt for gifts begins, including for kids. But not all children's toys are created equal. This year, according to a new report from researchers, a set of tools with small parts, toys with a high level of noise and powerful magnets are on the list of dangerous objects. WebMD. 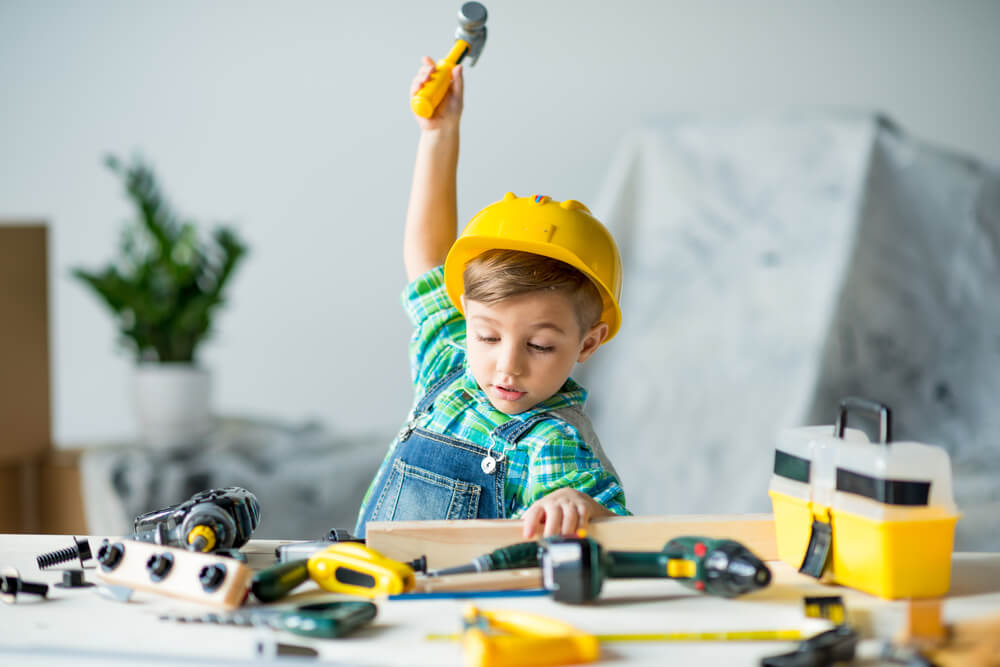 The US Public Interest Research Group has published its 35th Annual Problems in Toyland Report, which highlights dangerous toys for children. The 2020 report identified several types that should be avoided. The pandemic has only increased the risk, the report says: while parents maneuver between virtual learning, the hardships of the pandemic and their own work, child-monitoring is becoming more difficult than ever.

“Parents and caregivers are under a lot of stress,” said Grace Brombach of the Consumer Control Research Group. - Older siblings spend more time with younger ones. Toys intended for older children may end up in the hands of younger children. ”

For example, researchers found the Vtech Drill & Learn Toolbox11, designed for children ages 2 to 5, which contains bolts 1,75 "(4,4 cm) long and 0,75" (1,9 cm) wide at their widest location. According to a report by the Consumer Product Safety Commission, in 2006, three children died of suffocation after choking on toy nails or pegs, even though the items were not part of the toolbox.

On the subject: Savings that kill: why cheap goods in online stores are dangerous

Keith Cronan, an emergency room pediatrician at Children's Hospital of Delaware, highlighted the dangers of keeping small items out of reach of young children. She told the story of a two-year-old girl who was recently taken to the emergency room of a hospital after swallowing a doll's eye. The child recovered, but the eye had to be surgically removed from her esophagus.

“This is nothing new, but it is very important that we know what is happening,” she said.

The report also contains a cautionary note about flocked animal figurines such as the popular Calico Critters that come with accessories and are intended for children ages 3 and up. According to the report, these toys and accessories may be responsible for the death of a child in New Mexico and the dire condition of a boy in Utah. Both children were under 3 years old and reportedly choked on the same dummy accessory from such sets.

The report recommends avoiding these foods, especially if there are young children in the home. But the toy manufacturer said in a statement: “All Calico Critters products meet or exceed all US safety standards. We are confident that Calico Critters are safe and safe for children over the age indicated on the packaging. ”

Some products, such as powerful magnets, can be harmful if swallowed. The Consumer Product Safety Commission reports that in May, a 9-year-old child swallowed three powerful magnets manufactured by Zen Magnets LLC. A week later, the girl required urgent surgery, as the swallowed magnets caused severe abdominal pain.

According to Zen Magnets, "There is a dangerous perception that powerful magnets are children's toys (they are certainly not children's toys and should never be sold as such)." In a statement, Zen is working on new standards that require child-proof packaging and strict warnings on all magnet kits.

In addition to choking and swallowing, the report highlights the dangers associated with overly loud toys. For example, researchers found a fire engine on Amazon that reproduces sounds with a maximum output of 104 decibels. According to the World Health Organization, noise of 100 decibels for more than 15 minutes can damage hearing. The toy manufacturer, Zetz Brands, said in a statement that the company is spending thousands of dollars on research and development on its products to keep them safe, and the toy has been "tested and approved to meet safety requirements."

But Brombach said that "such a loud toy, especially when brought to a child's ear, can cause serious damage." She recommends turning down the volume of such toys as much as possible, removing the batteries, or applying electrical tape to the speaker to block out the noise.

The report also contains a cautionary note about recalled toys being sold second-hand. Brombach said several pages of the recalled toys were found on eBay. In order not to give away a recalled product, buyers should be aware of toys recalled by the Consumer Product Safety Commission over the past year. Search on saferproducts.gov will show if the toy has been recalled and for what reason.

Cronan suggested that due to fear of COVID-19, parents may refuse to take their children to the emergency room after a dangerous toy incident that may seem like a non-urgent matter at the moment. She strongly encourages parents and guardians to call a doctor before deciding to stay at home so that a professional can assess the need for travel to the hospital.

"In any case, if something happens, you should immediately call a doctor," Cronan summed up. "I just want my parents to know they can be helped."

Ashes, police evidence, animals: weird things that are mailed to the USA