Home Page culture 'Into the wild': why people risk their lives to see an old bus in the forests of Alaska

In 1992, an American last-year student gave all his money to charity and went alone to the wilds of Alaska to start a new life, says Air force. 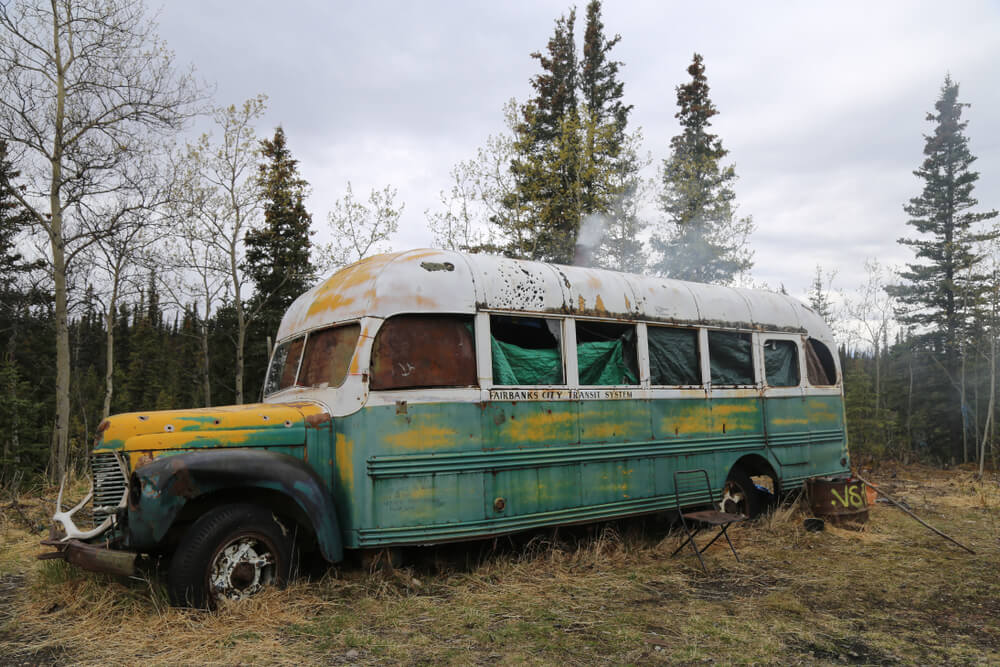 Having hitchhiked to the city of Fairbanks, 24-year-old Chris McCandless settled in an abandoned bus, where local hunters sometimes slept.

McCandless's diary, who took on the pseudonym "Alexander Supertramp", had entries for 189 days.

And on September 6, 1992, an accidental hunter discovered his body in a bus.

Probably the fugitive from civilization mistakenly ate a poisonous plant.

The life and death of McCandless inspired writer John Krakauer to create the book Into the Wild, which was used in the 2007 film of the same name.

And it also inspired the traveler Gavin Brennan to take the book of Krakauer and go to Alaska.

Somewhere since 2002, especially after the release of the film, McCandless's bus became a place of pilgrimage for his ideological like-minded people. These are people who despise the routine of working from nine to five, and are just adventure seekers.

The problem is that traveling to the bus is really dangerous. This was confirmed several days ago by another group of tourists. But the unequivocal warnings of local authorities do not stop people.

The bus costs about 50 kilometers from the nearest village, in the northern part of Denali National Park. To get to it, you need to wade the Teklanika River with a rapid current.

Two deaths are known there. The 24-year-old actress Veronika Nikonova in July last year was dragged into the water and carried away in front of her husband, who could not save her. It was their honeymoon.

On the subject: 'She kept me still seconds 30': the actress from Belarus died in Alaska during the honeymoon trip

And at the beginning of last week, five tourists who tried to walk to the bus got lost and were found more than twenty kilometers from the bus. One of them got frostbite.

Only from 2009 to 2017, the authorities had to conduct operations to rescue people who tried to get to the bus 15 times.

What motivates people to take risks?

“This is an idea of ​​escape from society,” says Martina Treskova, who visited the impromptu memorial with her fiancé and now her husband.

“Don't feel obligated to do what others want you to do, get lost in the wild and reunite with yourself. I think everyone has this desire sometimes. We think we [McCandless] understand him well, ”she adds.

“My father asked:” So you actually slept on the bed on which the person died? ". I said, “Well, yes,” but I didn't think about it at that moment. We felt connected to him and were happy there, “says Martina.

"The magic of the place"

According to her, she and her husband knew that the path to the bus was dangerous, but they were well prepared and would not go if they thought they were seriously at risk.

True, Chris McCandless was not a newcomer to travel either. Before heading to Alaska, he kayaked on the Colorado River, walked and hitchhiked Arizona, California and South Dakota.

Before embarking on a film about him, director Gavin Brennan spent a three-week trip to Alaska and spent several days in the same bus.

“I wanted to feel the risk and magic of this place. I have experienced various adventures, got into snowstorms, met moose, saw bear tracks. When I left, I left a book by John Krakauer on Chris's bed. I promised myself that this is the end of my journey into the wilds of Alaska and I will never go back there, ”he says.

Some local residents are not enthusiastic about what is happening.

“I'll be blunt: most of those who live here would like this bus removed,” hunter John Nirenberg told the Anchorage Daily News. “Although I myself have slept in it more than once, and in principle, it’s nice to have such a shelter just in case.”

Are there enough copies?

“I think we should take it out and put it in Healy [the neighboring town] or somewhere else where people can look at it and not be endangered.”

Denali Mayor Clay Walker doubts that moving the bus will solve the problem: "There will always be people who will be drawn to this place and the opportunity to experience the elements of Alaska."

According to the mayor, it is better to install a shield on the shore of Teklaniki with detailed instructions on how to cross.

“It is generally accepted that everyone who goes there is convinced followers of McCandless's ideas. In fact, this is not the case, says Paxson Webler, author of the Alaska hiking blog. - The debate will go on endlessly until someone takes matters into their own hands and destroys this bus on their own. This is Alaska, after all. ”

On the subject: Russian America: Russian influence in Alaska is still felt

But the situation can be resolved by itself: all the windows in the bus are knocked out, the roof was rusted.

“You won't sleep in it soon,” says Paxson Webler.

Healy Brewery purchased and installed a copy of the bus, which was used in the filming of the movie, next to his house. Some tourists limit themselves to photographing next to a copy, so as not to waste time on a long walk, or listening to the advice of local people.

“I have been to Alaska seven times, I deeply respect those who live here, and if they say that going there is dangerous, then you have to obey them,” says Antoinette Spaan. "We cannot know what Alaska is and how it is when nature is rebelling against you."