A couple of immigrants moved to the United States while still young. They had three children there. But they really wanted to visit their homeland, although they could not even predict how it would all be. Why now full-fledged Americans didn't like living in Moscow, the author said blog "Let's live!" on Yandex.Zen. Next - from the first person. 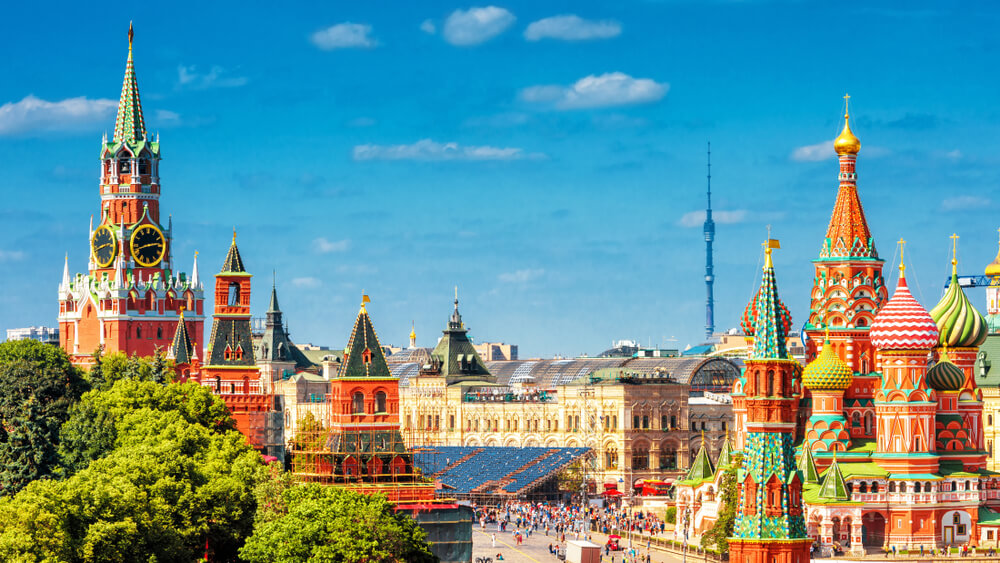 They moved to the United States after the 1998 crisis. The joint business collapsed. The American side offered luxurious conditions. Children, three sons, were born in California.

A career has also developed. Employers have not been deceived. A huge house even by American standards, a salary, a social package. Everything is even cooler than imagined.

They did not take into account one thing - the immense longing for the abandoned homeland. The television is only Russian, films were watched exclusively by Russians, they did not miss a single tour of the artists - former compatriots, they bought food in a Russian store. The children's books were in Russian.

They even found a children's pioneer camp, or whatever it is called, it seems, it is, pioneer. It was organized a long time ago by previous settlers. And everything in that camp was like in their childhood: forge, rulers, training camps, "Zarnitsa". The boys were filled with delight.

On the subject: From a waiter to an American deputy: the story of a Russian-speaking immigrant

“The whole family is flying to Moscow. Looking for where to stay. The hotel is dear to them. In general, the trip is expensive. Five round trip tickets during high season. Other expenses. Do not try to offer your apartment, "- said a common friend.

“Do you have any idea what three American boys are? They will not take care of your wallpaper. Furniture too. They will jump on sofas in boots and roll on the bed. And to throw your feet on the table in shoes, ”- answered a friend.

The boots convinced me. M, however, did not ask for a wait and in general did not indicate their presence in any way. We rented a cheap apartment in Vykhino.

I lived in a dacha and at any time was ready to provide a car and myself as a guide. But they were humble and didn't even call. They later referred to time constraints.

They did not like Moscow. Not even that. She terrified them.

The first is housing

After the huge house, the kopeck piece in a panel on the outskirts looked depressing. It is not hard to imagine that they managed to rent for very limited funds. This is the capital, not the American province.

Over the years of her life in the United States, the hostess has lost the habit of cooking, and she would hardly have been able to cook in a rented kitchen - for her gluttonous family.

To eat hearty, tasty and relatively inexpensive in Moscow, you need to know the place. We didn’t know such places, they weren’t Muscovites even before immigration. The restaurants are prohibitively expensive. Delivery of ready-made food with a variety and prices was also not pleasing.

In California, none of them are used to walking. Generally. Never and never. To friends on your own street only by car. In Moscow, they were afraid to rent a car - they did not see such traffic jams in Los Angeles.

And in Moscow I had to stomp my feet a lot. For the first time in my life. And travel in crowded vehicles.

Vykhino, may its inhabitants forgive me, an area for survival. From the point of view of a resident of a more, let's say, convenient area, although I lived in different ones. What can we say about the Americans.

The center was remembered by the guests of the city by the crowds, the prohibitive high cost of food, souvenirs and entrance tickets (for foreign citizens the prices in museums are always higher than for fellow citizens), paid and not cheap, besides, rare toilets, which you can still try to find if you do not know where look for. All this overshadowed the emotions of the sights and beauty.

In general, all such a long-awaited trip is one continuous big disappointment.

Almost the only thing that made a good impression was the Moscow McDonald's. In the US, this brand is a dirty lumpen eatery.

It also happens. It is pointless to be offended by their reviews of my beloved city. Like the Americans, my not always flattering impressions of the United States. It's a little annoying that they didn't call, didn't make themselves known. I could show them beautiful Moscow.

How much does it cost to go to the cinema in the USA, and why Russians consider it a luxury