Main page In the U.S. Employees of the headquarters of Bernie Sanders, who wants to raise the minimum salary, complain of low wages

Employees of the headquarters of Bernie Sanders, who wants to raise the minimum salary, complain of low wages

Presidential candidate Senator Bernie Sanders promised the American workers that he would set the minimum wage at 15 dollars an hour if he won the elections in the 2020 year, writes Fox News. 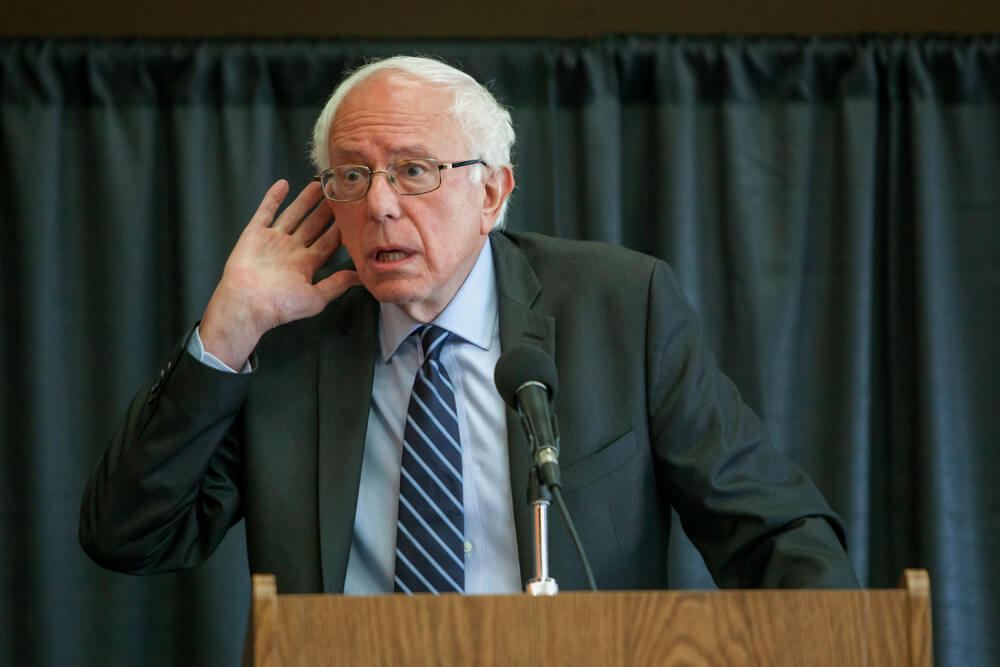 But employees working on the Sanders election campaign say they would like him to do it now in relation to the people who work for him and began to pay them higher wages.

“Our campaign has pledged to raise the cost of living to at least $ 15 an hour, so we believe it will be fair if this commitment is fulfilled to our own team,” said employees in a letter to Sanders' campaign manager Faiz Shakir.

On the subject: Three houses and millions of incomes: Bernie Sanders leads a non-socialist lifestyle

Employees say their salary in the Sanders campaign is up to about 13 dollars per hour.

“Many field staff are struggling to survive financially, which seriously affects the productivity and morale of our team. Some employees have already quit, ”the letter says.

In the comments, Shakir said the opposite:

“We know that our campaign offers salaries and benefits that are competitive with other campaigns. Every campaigner, starting with the candidate, has joined this movement to beat Donald Trump and transform America. Bernie Sanders is the most pro-worker candidate running for president, ”he said.

It is not known whether Sanders knew that the employees of his campaign were offended by him.

In addition, President Trump during the election campaign in Greenville, North Carolina, announced earlier this week that since his election in the United States, 6 million new jobs were created, and the country's unemployment rate in 3,7 was the lowest in the last decades.

Republican leaders said that raising the minimum wage would be “devastating” for middle-class families, citing research by the Congressional Budget Office (NWO). The CBO report says that the Democratic bill will raise wages for about 17 million people, but it will also reduce business income, raise consumer prices and reduce production in the country. Overall, the CBO said that this move would reduce the real family income by about 9 billion dollars to the 2025 year, or 0,1%.

Millionaire on salary: how much money does America’s main socialist Bernie Sanders have

Opinion: Bernie Sanders has every chance of becoming the only Democratic candidate.