Home In the U.S. Separatist sentiment in the United States: six states that proclaimed themselves separate republics

The history of the United States has only a little less than two and a half centuries, however, during this time the country was repeatedly seized by separatist sentiments, which led to the formation of albeit short-lived, but still independent territories and even unions of states. Yandex Zen. 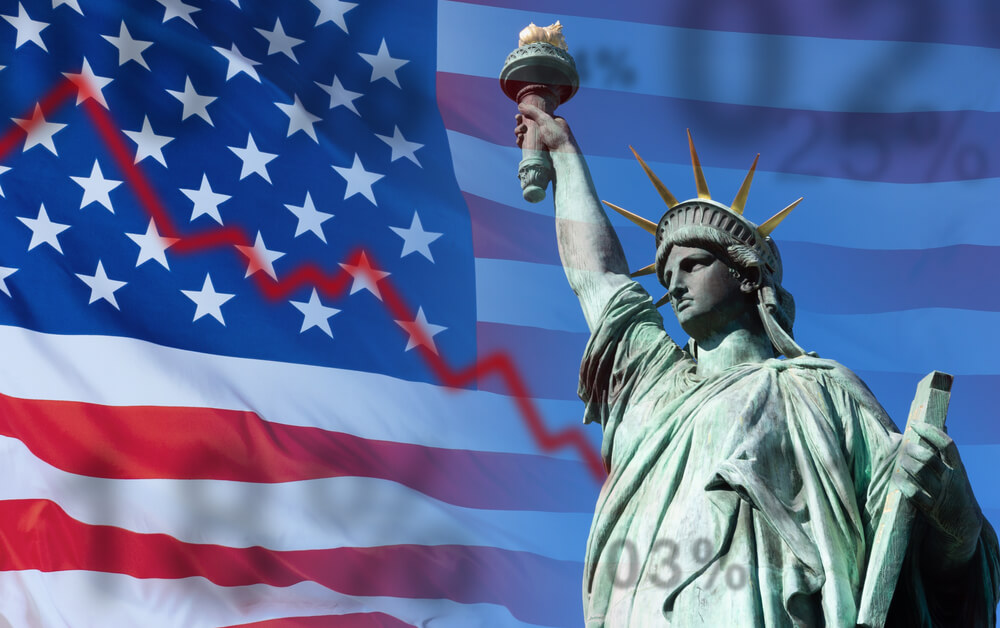 The most famous of these formations, of course, are the Confederate States of America, which existed for more than four years and were liquidated as a result of the bloody civil war of 1861-1865. However, in addition to them, there were less well-known examples of secession from the United States and not only, which ended, however, just as sadly. Here are six such cases from 1777 to 1846.

It existed for 14 years, in the years 1777-1791. It was formed as a result of secession from the state of New York in the midst of the Revolutionary War, originally called New Connecticut, but a few months later became Vermont. It adopted its own constitution, created a postal service, introduced its own currency and prohibited slavery.

On the subject: The United States and Russia began negotiations about Ukraine, NATO and international tension: so far everything is not going very smoothly

In subsequent years, the republic hesitated between joining the United States and reuniting with the metropolis within Canada. However, in the end, after long negotiations, Vermont became part of the United States.

Yes, from 1799 to 1803 such a state existed. Its creator was William Augustus Bowles, a member of the British Army who deserted during the Revolutionary War. Taking refuge in Florida, which then belonged to the Spaniards, he joined the tribe of the Crick Indians (Muskogi) and after a while became its leader.

Bowles announced the creation of the "State of the Muskogee Nation" in 1800 and declared war on Spain, waging it successfully for three years. During this time, Muskogee territory expanded and became a real republic with a mixed population of white settlers, Indians and fugitive slaves. But in the end, he was captured and died in a prison in Cuba, and the state ceased to exist soon after.

It originated in the fall of 1810 in a disputed territory along the Gulf of Mexico. Its ownership was contested by the United States and Spain, and initially there was no armed conflict, but one day a group of American settlers attacked a Spanish fort located in Baton Rouge and captured it. After that, the creation of a new independent republic was announced and even its state flag was raised.

Then a constitution was adopted and a president elected, but three months later, US troops entered the territory and President James Madison announced its annexation and annexation to the United States.

There was also such, on the territory of the future Texas from 1826 to 1827. In the mid-1820s, a certain Hayden Edwards received permission from the Spanish authorities to settle 800 families. Later, due to the conflict, it was canceled, but Edwards did not obey and with a detachment of about 30 people captured the fort in Nakogdoche, after which he announced the creation of a new state.

He tried to establish relations with local Indians and enlist their support, but he failed. And after a month and a half, Spanish troops arrived and the new republic ceased to exist. Its creator and his surviving associates fled to the United States.

Republic of the Indian Stream

Those did not like it and therefore they declared self-government and created their own constitution, although only about 300 adults lived in the new state. But in 1835 the state of New Hampshire occupied this territory, and in 1842 the territorial problem itself was settled.

It existed for only 25 days, from June 15, 1846, arose as a result of an uprising against the local Mexican authorities. After the capture of the city of Sonoma, the rebels raised a flag over it with the image of a bear and one star. Then they occupied San Francisco, but after that the American-Mexican war began and the new republic first supported the United States, and then became part of them.

Today, the United States is in deep internal conflict and creation of new separatist formations many consider it almost inevitable.

The talk of secession is part of wider discontent, according to Robert Tsai, a Boston University law professor.

“People don't feel like the federal government expresses their values. It's true whether you're on the left or on the right. You are looking at a government that cannot do anything, that cannot solve people's problems, ”he explained.

Texas has repeatedly announced its desire to secede. There were even petitions and bills.

The Miller Group, the state’s largest secessionist organization, which boasts more than 390 "declared supporters" on its website, said the campaign for Texas self-determination involves the creation of a government that "begins and ends at the Texas borders" and liberation from wasteful federal bureaucracy, rules and debt, the Republic of Texas would be culturally distinct, economically independent, and grounded in the values ​​of individualism, entrepreneurship, and family.

California is no exception. Over the past few years, disagreements both within the state and between California and the rest of the USA spawned at least six initiatives aimed at dividing California into smaller states, if not at its secession from the United States.

Members of the Alaska Independence Party want to give residents of the state the opportunity to vote for secession.

In the Pacific Northwest, the Cascadia Independence Party seeks to transform Washington, portions of Oregon, Idaho, Montana and Alaska, and much of British Columbia (total population about 14 million) into a new country that will defend and promote its unique interests.

The situation is quite difficult indeed. And here the opinions of experts were divided. Some believe America's problems are not fatal, while others claim that the United States is on the verge of collapse.

Viktor Shenderovich fled Russia for fear of persecution by the authorities

Protests in Kazakhstan continue: 8 people have already been arrested, Putin saw there 'technologies of the Ukrainian Maidan'

separatism in the USA