Home In the U.S. Texas is preparing a referendum on state independence and secession from the United States

One of the Texas lawmakers wants to put to a referendum the issue of secession of the state from the United States. His supporters say that he is very serious in his intentions, writes Insider. 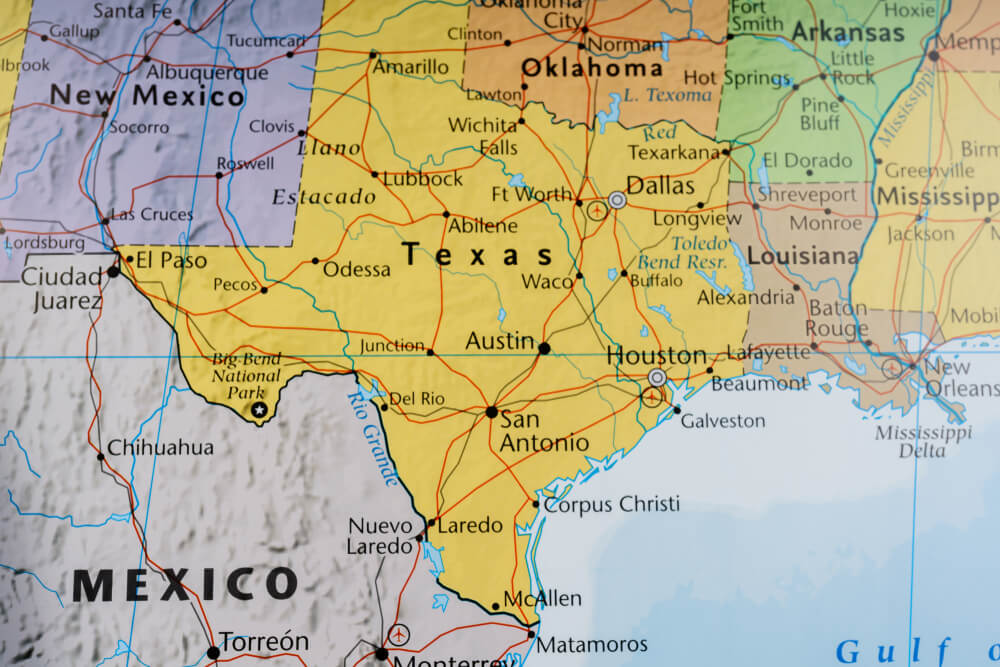 On the second Saturday of every month, Karl Gleim marches to the site of the Battle of the Alamo in San Antonio. He lays a ceremonial wreath in honor of Texas's struggle for independence from Mexico in 1836 and the secession efforts he supports today. He began his marches eight years ago.

“I'm tired of the bullshit and idiots we've dealt with in Washington for so long,” he said. - To hell. We can do more at the local level. ”

Texit (similar to Britain's Brexit) is expected to be brought up for debate by the state legislature this week in the form of a bill that will raise the issue of secession in a referendum in November 2021. This idea became relevant after the crowd stormed the Capitol in the US capital, as a result of which five people were killed.

State Republican Rep. Kyle Biedermann, a hardware store owner and arms dealer, says he will submit the bill to a referendum on whether Texas should claim independence from the United States.

“The federal government is out of control and has no value for Texans,” Biedermann said. "My office is overflowing with support not only from Texans, but also from like-minded patriots across the country."

If his bill remains in effect at committees and hearings, it could be put to a vote in front of 150 state representatives and 31 senators, who meet in odd years for no more than 140 days a year.

Biedermann is famous for once disguised as a "gay Hitler" for charity fundraising. In 2017, he attempted to interview state Muslim leaders and groups about their views ahead of a meeting he planned to understand the threat of "radical Islamic terrorism in Texas."

The flames were fueled by recent comments made by GOP chairman Allen West after the U.S. Supreme Court dismissed a Texas-led lawsuit to overturn the results of the 2020 presidential election in four states.

“Perhaps law-abiding states should unite and form a union of states that will abide by the constitution,” West said in a statement released in December. He later denied that he was in favor of secession.

Radio host Rush Limbaugh also voiced the idea by telling millions of people who listen to his national radio show that he sees "a significant and growing feeling" for secession after the election results. But he stressed that he only "repeats what he heard", and he himself does not advocate separation.

But Daniel Miller, who leads the Texas Nationalist Movement, said any growing popularity of the branch stemmed from disaffection among the state's residents.

“People don't wake up one day and say, 'Since I didn't get my way in this election, I want Texas to leave the United States right now.' These problems appeared not only on the first Tuesday in November, ”he explained.

On the subject: Without the right to vote: what is wrong with the status of the District of Columbia and whether it will become the 51st state

The campaign for self-determination involves creating a government that “starts and ends at the Texas borders,” and liberates itself from wasteful federal bureaucracy, rules, and debt. The Republic of Texas would be culturally distinct, economically independent, and grounded in the values ​​of individualism, entrepreneurship and family, says Miller's group, the state's largest separatist organization, which boasts over 390 "declared supporters" on its website.

Texit is very similar to Brexit, said Richard Kreitner, author of the 2020 book Break It Down: The Division and Secret History of America's Imperfect Union.

“The pilgrims themselves were separatists. The whole point of American political momentum is to secede, Kreitner said, and noted that many people rejected the South's threats to create an independent Confederation as a bluff in 1861. - It is rejected as a minor phenomenon until it surprises everyone and becomes mainstream. I think it will be the history of the 2020s. "

The talk of secession is part of wider discontent, according to Robert Tsai, a Boston University law professor.

“People don't feel like the federal government expresses their values. It's true whether you're on the left or on the right. You are looking at a government that cannot do anything, that cannot solve people's problems, ”he explained.

And that's just Texas. But the idea has many supporters across the country. For example, members of the Alaska Independence Party want to give state residents the opportunity to vote for secession.

“We should be our own nation. We can be honest and put Alaska first. We are a freedom-loving state, ”said Tim Huith, an Anchorage resident who ran for the State House of Representatives last year. Alaska Senate candidate John Wayne Howe, who supports tax abolition in favor of a voluntary payment system, closed the November election with nearly 17 votes, or just under 000%.

In the Pacific Northwest, the Cascadia Independence Party seeks to transform Washington, portions of Oregon, Idaho, Montana and Alaska, and much of British Columbia (total population about 14 million) into a new country that will defend and promote its unique interests.

Nearby, the Greater Idaho Movement and the Oregon Border Movement propose to reshape Idaho's borders to include rural counties in Oregon, and ideally also parts of California and Washington, with shared interests in agriculture and timber, lower taxes, and fewer drug addicts who spoils decriminalization. In November, two Oregon counties voted in favor and two against. Implementation will require approval from the Oregon and Idaho legislatures, as well as the US Congress.

Elsewhere, the League of the South wants to secede the former Confederate states to avoid the "unholy crusade of a country of leftist agitators and foreign religions."

“We call on all states that voted for Donald Trump to secede from states that legally voted for Joe Biden. As political bodies, we have nothing in common, ”Michael Hill said on his website in early December. The South Poverty Law Center, which tracks domestic terror, called the league a racist hate group.

Ironically, in the 1960s, black nationalists wanted secession of the same southern states as compensation for slavery.

In the 1960s, writer Norman Mailer ran for mayor of New York, and columnist Jimmy Breslin was in the city council presidential election, and together they advocated secession of the city to become the 51st state. Mailer received 41 votes. A century earlier, New York City Mayor Fernando Wood, who had supported slavery, offered to secede from Manhattan, which at the time was engaged in a thriving cotton trade with the Confederate states.

These days, states may well split and regroup in common interests, Kreitner said, similar to those identified during the pandemic, when groups of like-minded governors collaborated in the West and Northeast to address issues such as the supply of personal protective equipment and the effectiveness of the vaccine.

Returning to the Texas Nationalist Movement: Miller said that every state should participate in the same debate.

“This conversation is very important for the American character,” he stressed. - Any attempt to suppress this conversation or deprive people of the right to vote on it is itself very un-American. If we didn’t feel that we couldn’t win this referendum, we wouldn’t insist on it so strongly ”.

Texas resident found a way to fly planes for free

In Massachusetts, a police officer bought food for a family caught stealing food