Home At home Russia evacuates its diplomats from Ukraine

Russia evacuates its diplomats from Ukraine

The Russian Foreign Ministry announced that the personnel of the Russian embassy and consulates general will be evacuated from the territory of Ukraine in the very near future, reports with the BBC. 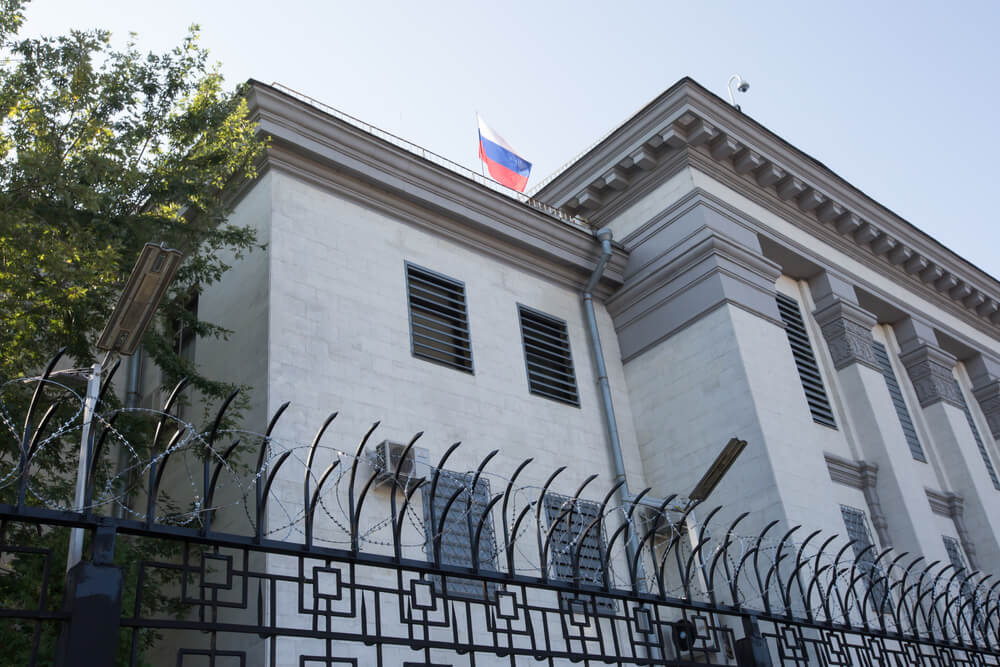 On February 21, Russian President Vladimir Putin announced the recognition of the self-proclaimed "DPR" and "LPR", after which the Ukrainians went to protests near the Russian embassy in Kiev.

According to the Russian diplomatic service, since 2014 (after the annexation of Crimea and the first aggravation of the situation in Donbass), the Russian embassy in Kiev and consulates general in Odessa, Lvov and Kharkov have been repeatedly attacked.

On the subject: Putin signed decrees recognizing the independence of the 'LNR' and 'DNR' and on friendship with them

Russian diplomats in Ukraine received threats of physical violence, their cars were set on fire, and Kiev did not react to this, according to the Russian Foreign Ministry.

“Under the current circumstances, our first priority is to take care of Russian diplomats and employees of the embassy and consulates general. To protect their lives and safety, the Russian leadership decided to evacuate the personnel of Russian foreign missions in Ukraine, which will be implemented in the very near future,” the Russian Foreign Ministry said in a statement.

“In response to a growing threat”

In mid-January of this year, the American New York Times reported on the evacuation of 30 employees of the Russian consulates in Kiev and Lvov. The publication referred to a high-ranking member of the Ukrainian security service.

Family members of Russian diplomats - mostly children and wives - left Ukraine on Jan. 5, according to the NYT source, and diplomats at two other Russian consulates were instructed to prepare to leave.

The Russian Foreign Ministry called this information unreliable, saying that the Russian embassy in Kiev is operating normally.

In the 20th of January, it became known that Britain began to export some diplomats and their families from Ukraine “in response to the growing threat from Russia”, and also that the US Embassy in Kiev applied to the State Department for permission to remove some of the technical personnel from Ukraine.

In early February, Western media, citing US officials, reported that the Russian invasion could begin on February 16.

Against the background of these messages, more than 30 countries recommended their citizens to leave Ukraine, some countries began to evacuate diplomats. At the same time, the United States decided to temporarily move its embassy from Kiev to Lvov.