Home Page In the U.S. University professors in the USA urged to recognize the 'inferiority of whites': this is how they train to fight racism

The University of Kentucky hosted a $ 5000 Anti-Racism Workshop in which deans and leading faculty were instructed on how to acknowledge their “white inferiority,” and filled out promise cards on how they would promote diversity, equality and inclusion in their faculties. Writes about it Daily Mail. 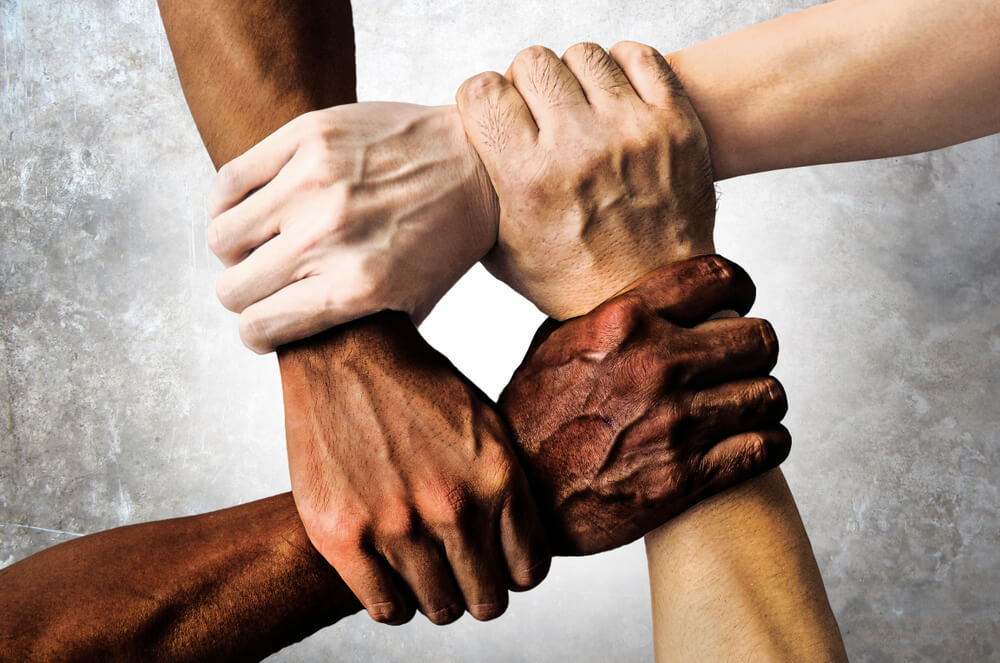 The seminar, "Building anti-racist thinking in academic administrators," was hosted by the Center for Racial Trauma Treatment last winter and offered guidance on how to mitigate and prevent racism.

Led by University of Kentucky professor of psychology, Candice Hargons, the session included instructors filling out clues about their “anti-racism metric”, to whom they decided to be held accountable, and the steps they took to address the problem.

Fifty university professors took part in this seminar. The dean of the College of Law promised to "read more anti-racist literature" and "force herself to admit the inferiority of whites."

“To be honest, this is really difficult,” she wrote.

Executive Vice President Finance and Administration Eric Munday has pledged to hire more blacks, indigenous people and people of other races with a minimum wage of $ 50.

Munday pledged, among other things, to "create a recruitment fund of $ 250 per year over the next two years and make the executive team accountable to the target in the annual review."

On the subject: McDonald's accused of racism: black franchise owners are more likely to go broke

In April, University of Kentucky President Eli Capiluto confirmed the holding of the seminar in a campus-wide email after Young America Foundation (YAF) requested information about the seminar under the Freedom of Information Act.

“The important work at our university to create a more diverse and host community is vital. It must and will continue, ”Capiluto said. “We will not deviate from our Diversity, Equity and Inclusion Plan that engages faculty, staff and students across our campus.”

The Foundation has repeatedly attacked the seminar, claiming that it shows "how far our universities have gone."

“These universities are absolutely terrified that their critical programming of race theory will be in the spotlight,” wrote Kara Zupkus, a spokesman for YAF, on Twitter. "Since these are taxpayer-funded institutions, citizens have the right to know what is happening behind closed doors and in emails."

Project 1619, published in the New York Times in 2019 to commemorate the 400th anniversary of the arrival of the first enslaved Africans on American shores.

The critical racial theory debate revolves around fears that some may be led to believe that white people are inherently racist or sexist.

In June, a professor of sociology at Pennsylvania State University led a discussion about white privilege.

Known for his provocative and popular lectures, Dr. Sam Richards had a crowded auditorium during his June 30th Introductory Race and Culture program.

Richards walked into the crowd and randomly selected a white student in a baseball cap and hoodie who called himself Russell.

“It doesn't matter what he does. If I compare him with a black guy who is like him, has the same GPA, looks like him, walks like him, talks like him, behaves in a similar way, was involved in the same groups at university town, occupying the same leadership positions and the same jobs, Russell's advantage is that he has white skin, ”Richards said.

One Twitter user asked, "When will Dr. Sam Richards retire as a black professor because of his white privilege?"

Another remarked, "The saddest thing is when a student replies that the color of his skin upsets him."

Then in July, spokeswoman Jen Psaki insisted that the administration of US President Joe Biden made a "mistake" by promoting a group that pushes teachers to "destroy whiteness and oppression" in the Department of Education leadership.

Psaki said the federal government does not "dictate or recommend specific curriculum solutions" in schools and other educational institutions. Such decisions are not made at the federal level, but at the local government and state levels.

“We believe that Americans trust the teachers and not the government for these decisions,” the spokeswoman said.

What you need to be ready for when moving to California