A brief set of rules of conduct in the United States invites you to read the draft "Samokatus". 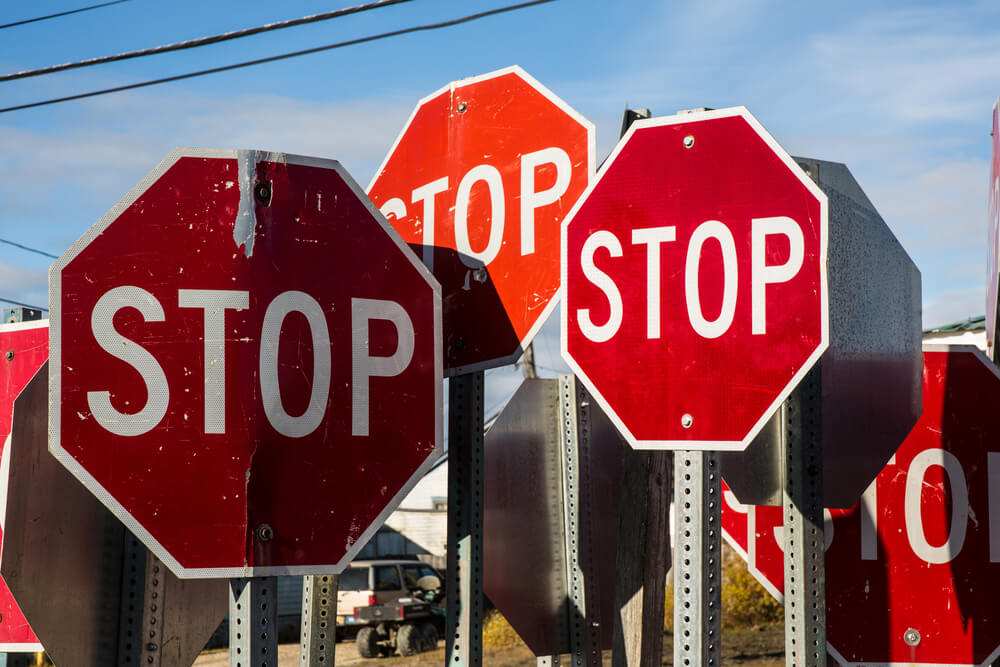 1. Do not compare the USA with other countries

Americans are confident that their country is the best. In any public place, you can chant “USA! USA! ” and make sure the crowd picks up the chant.

What is not worth saying: "Here in Russia, everyone has free medical insurance."

2. There is football, and there is soccer

Be careful with American sports. American football is a cult thing in the United States. Tens of thousands of people go to university matches. Fathers and sons do not kick a round ball, but throw an oval ball to each other.

What you can't say: “Here we have real football. And yours is some kind of garbage. "

3. Don't be greedy for tips

If you are greedy and leave any 10% tip, then there is a chance that the waiter will chase you and ask what was wrong. In America, it is not customary to leave less than 15%. Even if the service was not the best. The general rule is “double the tax”. Leave the tax amount multiplied by 2.

There are a few things that should be discussed with the Americans with great care.

That you can't say, "I don't like black people." And the N-word, of course.

These are racial and gender issues, and the main issues on the political agenda are gun control, abortion, migrants.

American society has been the most polarized (politically) since the Civil War. Make fun of the Texas rednecks just by making sure the person you're talking to is a Vermont Liberal.

5. Do not call fat people names

Needless to say, you think obesity is a "health problem." No matter how fat you see on the streets. Body positive is the right tactic.

That you can't say: "You should lose weight."

On the subject: Here it is possible, in America it is impossible: what rules do immigrants most often violate in the USA

6. Do not quote Zadornov

Get out of your head the stereotype about stupid Americans, which was cultivated in Russia by Zadornov and news releases on TV channels.

7. Don't even think about bribing police or other government officials

And try not to get arrested. Police officers in America have significant powers. When meeting with them, it is worthwhile to briefly and politely answer questions, not to joke and not to take a water pistol out of your pocket (or somehow demonstrate a threat). An attempt to bribe is considered a serious crime. Never try to "resolve the issue."

8. Don't wander into dangerous areas of the city

Chicago, New York, Cleveland, Los Angeles - every major American city has areas that you shouldn't enter. These are areas with high criminal activity, in which less affluent Americans live. There are no attractions in them. Find out in advance about these places.

The price of all goods, except for those that cost hundreds and thousands of dollars (cars, houses, etc.) - market and fixed. Don't forget about sales tax, which is not included in the price of the item. This does not apply to flea markets, of course.

Every American has an invisible bubble of personal space that shouldn't be crossed. No need to snuggle up to people in line or stand too close when talking.

In addition, you should not enter private property. The No trespassing sign is always relevant. In many states, it is legal to shoot someone who steps on a private property if the owner thinks he is a danger.

11. Do not come to the USA without health insurance

Seriously. Better buy a good and expensive one. It is not a fact that she will help you in the end, but you will be calmer. The main fear of the American is not a serious illness, but the subsequent ruin because of it.

12. Do not smoke indoors

Smoking is prohibited in rooms, restaurants, shops, at the entrance to buildings, and almost everywhere. And if you are in Silicon Valley, it’s better to give up cigarettes at all during this time. The level of censure of smokers there is prohibitive.

13. Don't smoke marijuana if you're unsure about state law.

You can smoke marijuana almost everywhere, but different states have different laws. Only two states are completely illegal marijuana: Idaho and Nebraska. Moreover, in Nebraska, it is decriminalized.

In 17 states, marijuana is completely legal, both medical and recreational. You can buy "grass" legally in a store in California, Colorado, Washington, Oregon, Nevada, Illinois and other states. It's legal in New York, but sales haven't started yet.

Wikipedia article state laws are always up to date.

If you are asked "How are you?" There is no need to retell your day. But in the US there is a culture of small talk, small talk about nothing. For a 5-hour flight in an airplane, your American companion will seem almost your best friend. He will tell you everything about his family and work, he will ask you everything about yours. But after the flight, he will say “Good luck” and leave your life forever.

In a bar, restaurant, on the street, unfamiliar Americans talk to each other all the time and about nothing.

15. Don't expect an invitation to a restaurant to pay your bill.

No, anything can happen, of course. But an invitation to lunch or dinner usually does not mean that the bill will be paid for you. Unless it was said that you are being called on a romantic date (although here, keep your wallet with you).

With the exception of a few cities, public transport in the United States is in very poor condition. This is due to the cult of the personal car. Count on Uber or rent a car on the road.

In general, the United States is one of those countries that can be fully seen only by car.

17. Don't say anything about the American army

Or just speak positively about its power and technical superiority. Americans take seriously those guys who risk their lives bringing democracy to the desert. Let ordinary marines remain out of the discussion.

18. Do not take off your shoes when entering the house

America is a country of accents. Southern, New York, Irish, Canadian, Mexican, African American and so on ad infinitum. In a country created by migrants, emphasis is common. Refrain from "how sweet you say" and the question "Where are you from?" Many immigrants see racism in this issue.

What you can't say: “What a cute accent you have. Where are you from?".

We have already said that it is better not to touch on this topic. And in the south, it's better not to even hint. And strictly monitor what you say in the presence of African Americans. For "You people" can be beaten. Centuries of slavery and segregation have left their mark.

21. Signs of respect and hospitality

Southerners often say "sir" and "ma'am" in reverence. Don't be surprised and use it yourself when addressing strangers. And after a couple of minutes of communication, you will be called sweetie, honey, or baby. Especially older people will do this. This is normal.

Southerners are very hospitable. They can easily feed, drink, or even provide an overnight stay for the traveler. Don't be surprised if people start asking you personal questions. This is normal.

Southerners are poorer than Americans in the north-east or west of the country, they travel less and are more interested in tourists.

Sometimes shockingly religious. The rest of America makes jokes about them, but in the South, missing a Sunday sermon in church is a subject for the entire congregation next week. Be careful.

The White House froze the property of the Russian authorities in the United States: what else is in the new sanctions