Home In the U.S. Rising cost of USCIS services will block many immigrants from access to US citizenship

The Trump administration plans to skyrocket the cost of naturalization applications this fall. Critics say this is part of a scheme designed to discourage immigration from poor countries. New York Times. 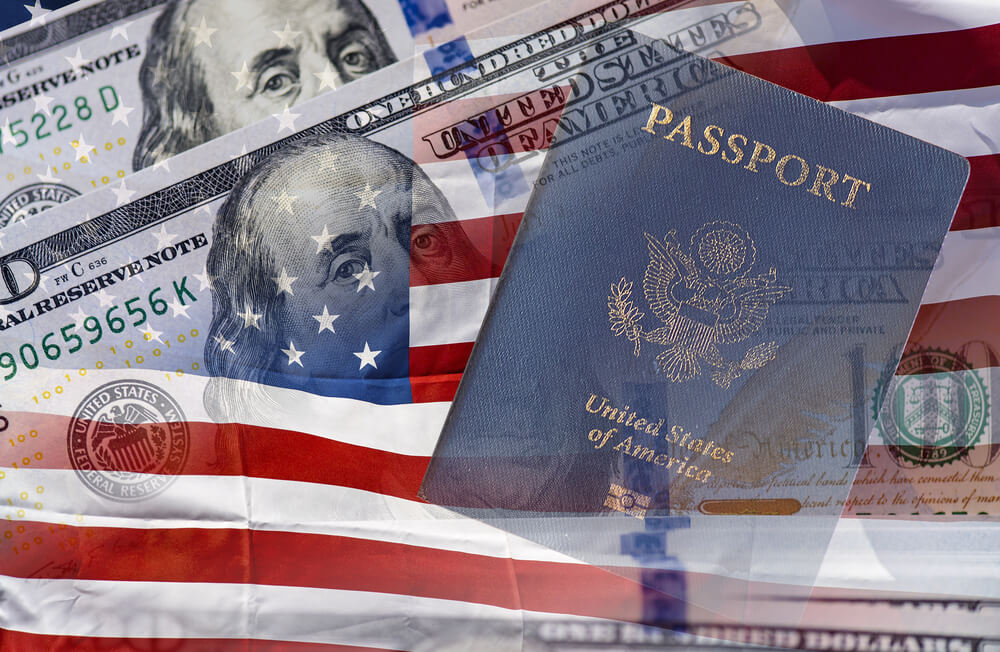 When 41-year-old Guadalupe Rubio contracted COVID-19 in July, she lost not only her strength, but her small construction business, which provided for her, husband and daughter in the United States, as well as her parents and three children in Sinaloa, Mexico. Due to the virus, she was trapped with no funds to support the six family members who depended on her.

Around the time the pandemic hit Washington State, Rubio was eligible to apply for US citizenship. She was making a little more money than she needs to qualify for a reduction in the application fee, which is currently $ 640, and the economic fallout from the pandemic and illness has depleted her savings. She applied for food stamps (Food Stamp Benefits) but still could not contact an overwhelmed social services agency that could help her.

If she can't save money or get the duty waiver by the fall, Rubio's prospects for becoming a citizen will be more distant. Late last month, the Trump administration took steps to raise the cost of naturalization applications by more than 80% and substantially tighten the eligibility requirements for a subsidized application.

The naturalization price will jump to $ 1170, or $ 1160 for an online application. The rule will also lower the income threshold for qualifying for the fee waiver and remove the partial subsidy for the application.

Almost all other exemptions that allow immigrants to waive pay will be lifted, including financial hardship mitigation and means-tested public benefits such as Food Stamp Benefits. Only a few protected immigrants, including victims of domestic violence and human trafficking, will remain eligible.

Rubio is one of many who no longer qualify for a duty waiver. Immigration lawyers across the country are rushing to file their clients' applications with the agency already working with delays before a fee hike is introduced on October 2.

“This is a blow during a pandemic,” Rubio said through an interpreter. “I have worked hard for this country, and if I am a citizen, I can not only contribute more, but also benefit better from all my hard work in this country.”

Immigrant advocates say the tariff hike is aimed at thwarting legal immigration and depriving immigrants of their voting rights before elections in November.

“This is the first ever citizenship test,” said Melissa Rogers, program director at the San Francisco Immigrant Legal Advocacy Center. She called the new rule "the most dramatic change we have ever seen in the structure of the immigration system" and its fees.

The US Citizenship and Immigration Services, whose budget is almost entirely funded by fees, faced a financial crisis under the Trump administration and became even more in need of funds as the coronavirus pandemic has sharply reduced the number of applications for visas and other services.

Ken Cuccinelli, acting undersecretary of the Department of Homeland Security overseeing USCIS, said higher fees are needed to align with the "true cost" of processing applications in an already over-extended system.

The agency has asked Congress for $ 1,2 billion in emergency funding for a proposed coronavirus relief package that is unlikely to pass until next month, if at all. With no money, the agency plans to fire almost 70% of its employees on August 30 If Congress allocates funds, USCIS has proposed an additional 10 percent premium for its services in addition to the increased fees.

In a statement, Joseph Adlow, the agency's deputy director for policy, said the immigration service was required by law to change its fees based on routine financial analysis. These "overdue fee adjustments are necessary to effectively and fairly manage our country's legal immigration system, keep the homeland safe, and protect Americans," he said.

Rogers said administration policies "effectively bankrupted USCIS." Under the Trump administration, the agency's staff grew by 19% and many of the new positions were aimed at detecting fraud. Processes slowed down due to new interview requirements and more applications were rejected.

“This administration has no one but itself to blame for pushing an entire federal agency to the limit,” said Doug Rand, a former Obama administration official who worked on immigration policy. He expressed doubts that the new fees would solve the agency's financial problems or simply reduce the number of applications even further.

The Department of Homeland Security said the price change would have little effect on the number of candidates.

Research has shown the opposite. A study by Stanford University found that the duty exemption granted to immigrants in New York doubles the likelihood that they will apply for naturalization. Duncan Lawrence, executive director of the Stanford Immigration Policy Laboratory and author of the study, called the new fees "a systemic wall for access to citizenship."

Decades after she emigrated from San Luis Potosi, Mexico, 65-year-old Maria Turrubiartes became a US citizen, in part because she wanted to help her husband apply for permanent residence. However, the new rule will increase his application fee by 52% to $ 960.

Turrubiartes, an epileptic, said her husband remained her primary caregiver. She said through an interpreter that her modest disability benefits and her husband's salary would make it difficult to afford the new expenses. While they are saving money for the toll, Turrubiartes and her husband can no longer send money to their parents in Mexico.

Until they give up everything that is not necessary.

“If you love someone, you have to make such sacrifices,” she said.

Some activists say the tariff hike is part of a longstanding effort by the administration to exploit anti-immigrant sentiment. President Trump pledged to limit immigration at the start of his 2016 campaign, and he has already made the issue a centerpiece of his re-election bid.

The Department of Homeland Security issued a policy last year that applicants will be denied permanent residency based on their use of community benefits, including Food Stamp Benefits or Medicaid. In August 2020, a federal appeals court blocked this rule in several states.

On the subject: 'Terrible Consequences': New USCIS Rules for US Asylum Seekers Come into Effect

“This administration has tried to find different ways to hinder immigration,” Hinkapi said. “It's about Trump trying to restrict who is considered worthy of being American, and over and over he sends a signal to immigrants, especially low-income immigrants, that if you're not from Norway, our country doesn't need you.”

For Rubio, this message is obvious. At the moment, she is staying at home recovering from the coronavirus infection. Her headaches have subsided, her sense of smell has returned, but she is still out of work. Like many others, she has no idea how to find money until October, when the prospects diminish even further.

Rubio said that citizenship will change her life in many ways. This will allow her to save money for retirement, visit her family in Mexico for extended periods, and bring her parents to the United States. She said she hopes her parents will join her in Washington state the day after she receives citizenship.

According to Rubio, among the main reasons for her desire to become a citizen was that she wanted to have a say in the political process, which made it so difficult to obtain her naturalization.

Trump or Biden: whose victory is predicted by scientists who guessed the results of the US elections more than once