Home In the U.S. US immigration system is on the verge of collapse due to financial problems USCIS

Since Congress was unable to agree on a new pandemic relief package, the United States Citizenship and Immigration Services (USCIS) will lay off about 30 employees on August 13, or about two-thirds of its state. Forbes. 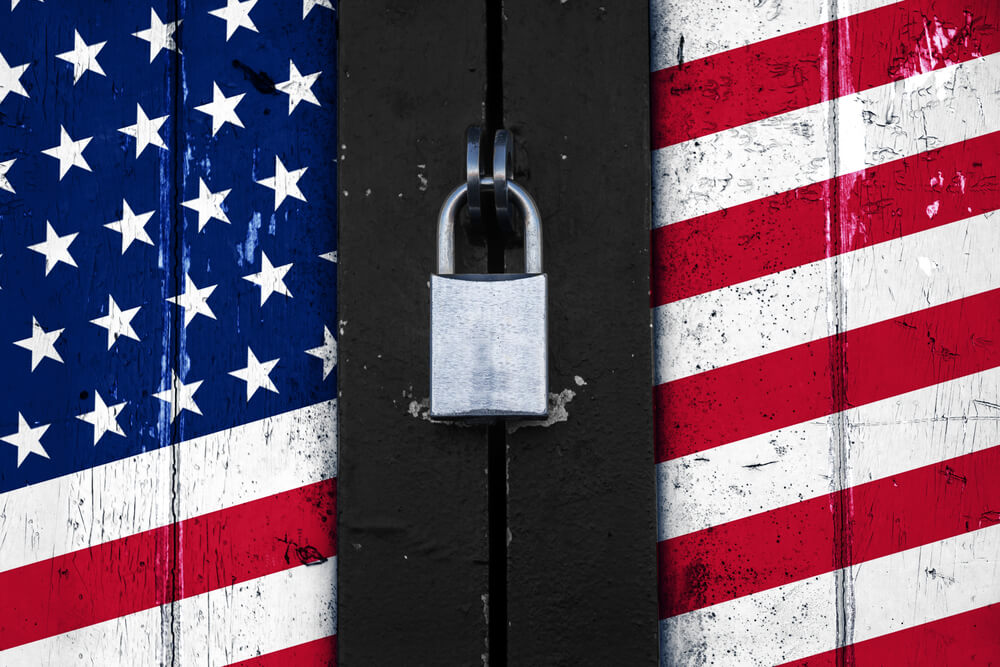 USCIS hoped that the aid package would help close the agency's budget deficit, but after two weeks of discussions, congressional talks fell apart as Democrats and the White House stumped each other.

The closure of the immigration system will negatively affect families, American businesses, educational and medical institutions. Immigrants who are in the process of naturalizing in the United States will not be able to complete this process in time to register to vote in the elections, DACA recipients will not be able to renew their benefits, asylum seekers will face longer delays, and businesses will not be able to hire or retain employees. In a word, the full scale of the immigration shutdown caused by budgetary problems has not yet been fully understood and may shock the American economy.

“In the past few months, USCIS has taken steps to stave off the financial crisis, including caps on payroll costs and critical activities. Without the intervention of Congress, USCIS will have to take drastic measures to keep the agency solvent, ”said a spokesman for the US Citizenship and Immigration Services.

USCIS has traditionally been a self-funded agency that is entirely managed by fees paid by legal applicants and recipients of immigration-related services. However, under the Trump administration, costs have risen due to the presence of new employees at the agency who investigated possible cases of fraudulent immigration applications.

On the subject: 'The Last Nail in the Coffin': How USCIS Financial Problems Destroy US Immigration

Daniel Spooner, president of the local federation of civil servants that represents workers at USCIS, said: “It's not just the 13 American families that will be laid off during the pandemic. This is yet another lightly veiled attack on the legal immigration system by Trump administration officials. "

“Without the ability to fund this agency, the administration was able to use the global pandemic to virtually shut down all US immigration by the end of the month, damaging thousands of American families and businesses,” she added.

Immigration policies under Trump cut legal immigration by 49%, according to an analysis by the National Endowment for American Policy. Ron Clasco, former president of the American Immigration Lawyers Association, outlined some of the main concerns regarding Trump's immigration policy:

The USCIS layoffs seem like another step towards ending immigration.

“I don’t think I can stress enough how serious this problem will be,” laments Ruark Hotopp, a USCIS Worker Representative in Nebraska who has assisted American businesses over the years with his job at USCIS. - We see the last days of legal immigration in its present form in the United States. International students, scientists who come to America to study COVID-19, asylum seekers, workers employed by American businesses, refugees - we're talking about the millions of people who are dealing with an immigration system that works at 30% of its normal capacity. Our economy will lose billions of income, American businesses will lose access to the workforce they need, and hundreds of thousands of legal immigrants will be left in limbo. ”

On the subject: USCIS announced a large-scale delay in the issuance of green cards and work permits

The bill, introduced by US Representative Emanuel Cleaver, will pay for the $ 1,2 billion injected in Congress over two years by adding 10% to fees paid by legal applicants until USCIS private funding stabilizes. While discussions on USCIS funding have received some bipartisan support in Congress, Democrats have said they want funding to depend on reforms in USCIS.

However, not everyone agrees with the reform as an immediate measure that should be included in the agency's funding terms by Congress.

"If Congress doesn't take action, American companies playing by the rules will be devastated by these layoffs," said Nick Walsh, representing USCIS workers in Pennsylvania. “Before we can talk about reform, we need to secure the agency's work and funding before it's too late - for our economy, the thousands of our employees and the millions of immigrants who rely on us.”