January 20, Ukraine evacuated from China 45 of its citizens and 27 foreigners (citizens of Argentina, Ecuador, the Dominican Republic, El Salvador, Costa Rica, Montenegro, Panama and Israel). The flight was operated by the Ukrainian airline SkyUp. He writes about it RBC. 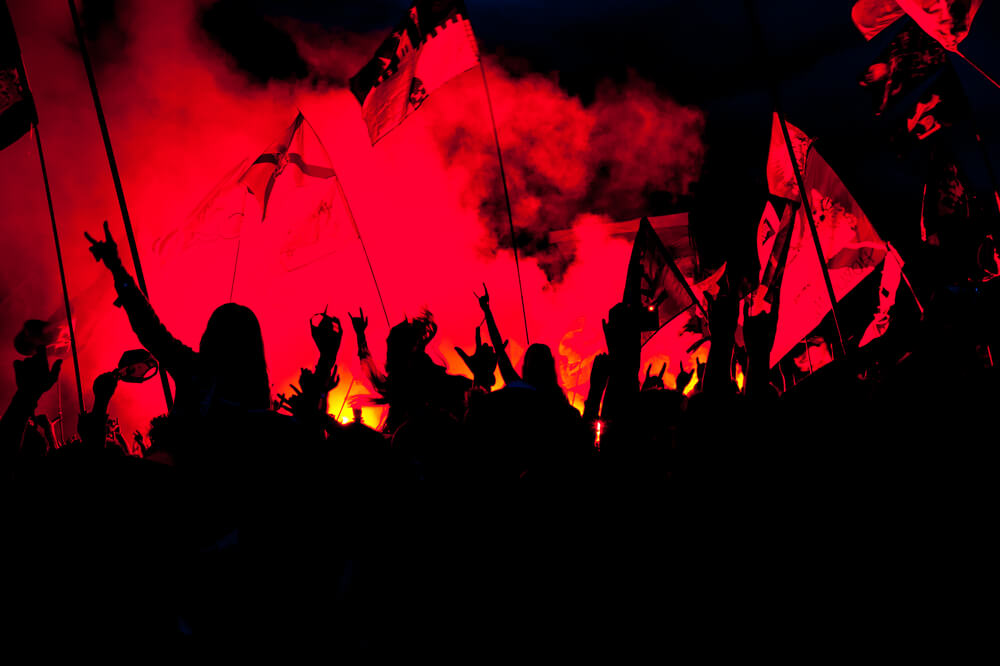 After landing in Kharkov, passengers were taken to the territory of the medical center of the National Guard of Ukraine in the village of New Sanzhary in the Poltava region.

Several passengers during control in China were removed from the flight due to fever. Each of the arriving passengers was checked for the presence of Chinese coronavirus, the test results were negative. However, as a precautionary measure in Ukraine, they will be quarantined.

In anticipation of the arrival of the flight with evacuated to Ukraine, the authorities called several possible places for their placement for 14-day quarantine. However, residents of these regions organized protests, fearing the spread of the disease. Protests took place even at Kharkov airport - from there they did not want to produce buses with evacuated Ukrainians.

As a result, New Sanzhary was named the place for quarantine, which caused fierce protests of the residents of the village, as well as clashes with the police. They tried to block the bridge at the entrance to the city so that buses with evacuees could not pass.

“This is a nuclear bomb on our Sanzhary. The sanatorium has neither normal sewerage nor conditions. Everything goes to the river, and then to the Dnieper, ”said a woman named Irina.

On the subject: 'Returning to Ukraine is more dangerous than staying in China': Ukrainian student on the situation with coronavirus

Her neighbor explains that a hospital had previously closed in Novy Sanzhary.

“We go to give birth to Poltava or Kobelyaki. To cut appendicitis - also in the regional. If we had medicine like in China, then I can still understand. But why should we take them to the center of the village, if the conditions are not suitable at all? " - she is indignant. 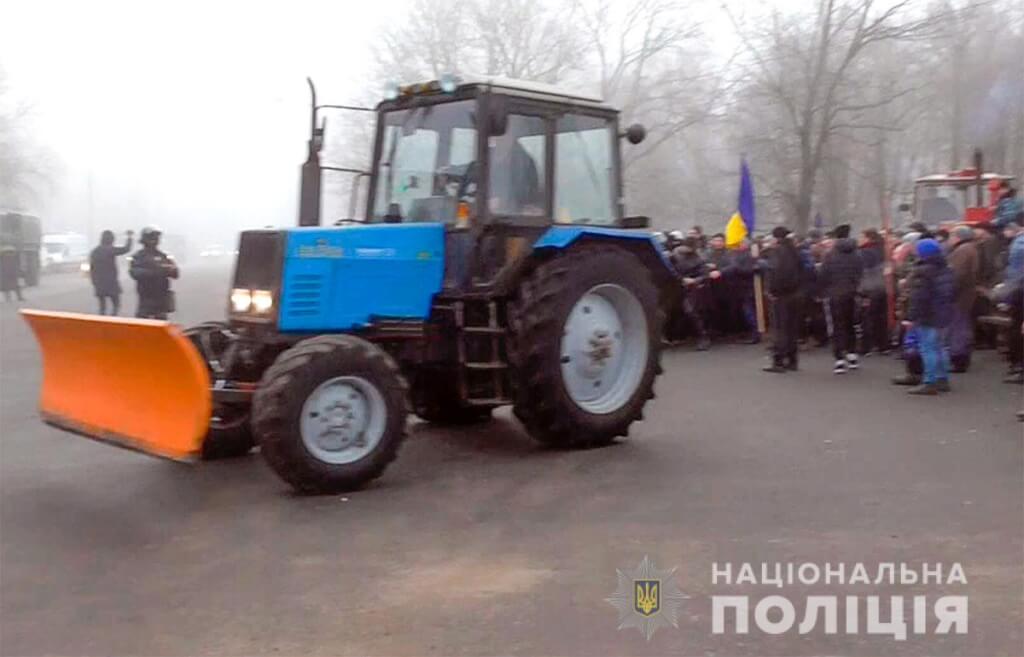 At the same time, the police and authorities severely condemned the protests of the residents and promised to stop them.

“All unlawful attempts to obstruct the placement of evacuees at this facility or violate the regime of their observation will be stopped by the National Police and the National Guard in accordance with the requirements of the law and the decision of the government headquarters,” - The report says the National Police of Ukraine.

President of Ukraine Volodymyr Zelensky also commented on the return of Ukrainians from Wuhan, trying to calm worried protesters.

“There is no bacteriological danger. But there is another danger that I would like to talk about. The danger of forgetting that we are all human and all of us are Ukrainians. Each of us, including those who ended up in Wuhan during the epidemic, ”he said.

“This is not the best side of our character. Especially when you consider that the majority of passengers are people under 30 years old. For many of us, they are almost like children, ”he stressed. 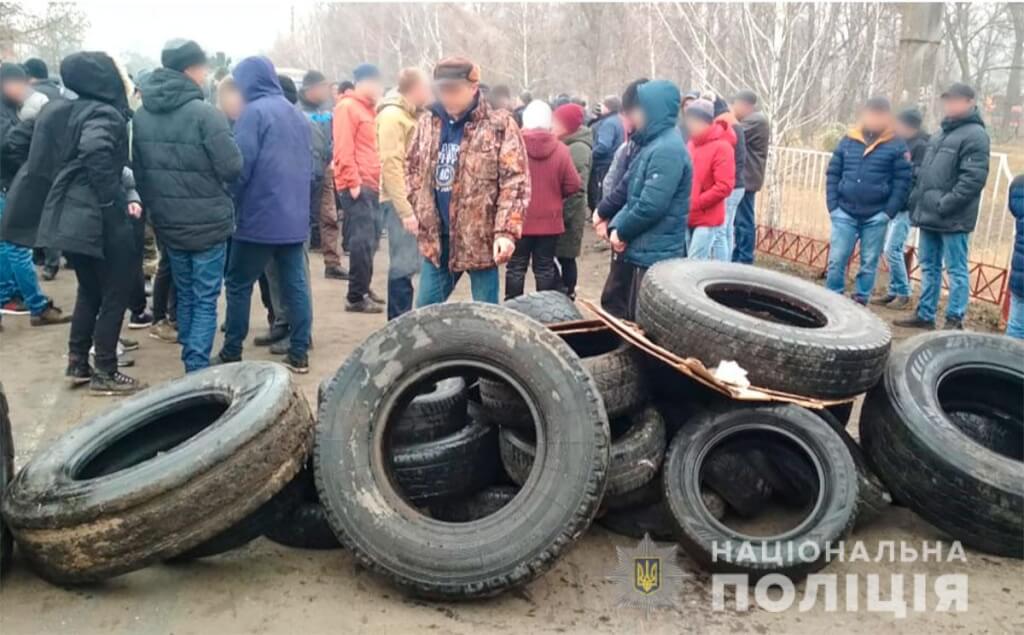 According to the press service of the Ministry of Health of Ukraine, crew members and passengers of the aircraft do not have symptoms of acute respiratory diseases. However, they need support and understanding.

“The psycho-emotional state of all passengers is normal. But they still need support and understanding from their fellow citizens, ”the message says.

The Ukrainian government informed that all personnel of the Novi Sanzhary medical facility had been removed from the facility and would not be in contact with the evacuees. And medical assistance will be provided by volunteer doctors.

It is also reported that after a 14-day quarantine, everyone who will not have symptoms of the disease will return home.

If a coronavirus is found in someone, the rest of the evacuees will be quarantined for another 14 days.

On the subject: The panic epidemic: why everyone is afraid of the coronavirus, although measles is infectious, and the mortality from the flu is higher

Locals are outraged that people from China were brought here to the village, where, according to them, there are not enough doctors. Protesters are convinced that coronavirus patients are being taken to them.

After the evacuees ended up in the sanatorium, the situation in Novy Sanzhary became calmer.

The building, the approaches to it and the road were surrounded by police. Law enforcement officers do not let anyone in.

The police dismantled the last barricade in front of the medical center, next to which, as of the evening of February 20, several dozen people continued to express their indignation at the current situation.

'Returning to Ukraine is more dangerous than staying in China': Ukrainian student on the situation with coronavirus

The panic epidemic: why everyone is afraid of the coronavirus, although measles is infectious, and the mortality from the flu is higher