Home Special Projects Chinese coronavirus triggered an outbreak of racism and xenophobia: what to do about it

The outbreak of the coronavirus has catalyzed another epidemic - an outbreak of xenophobia and racism towards Chinese and people from other Asian countries. Writes about it with the BBC. 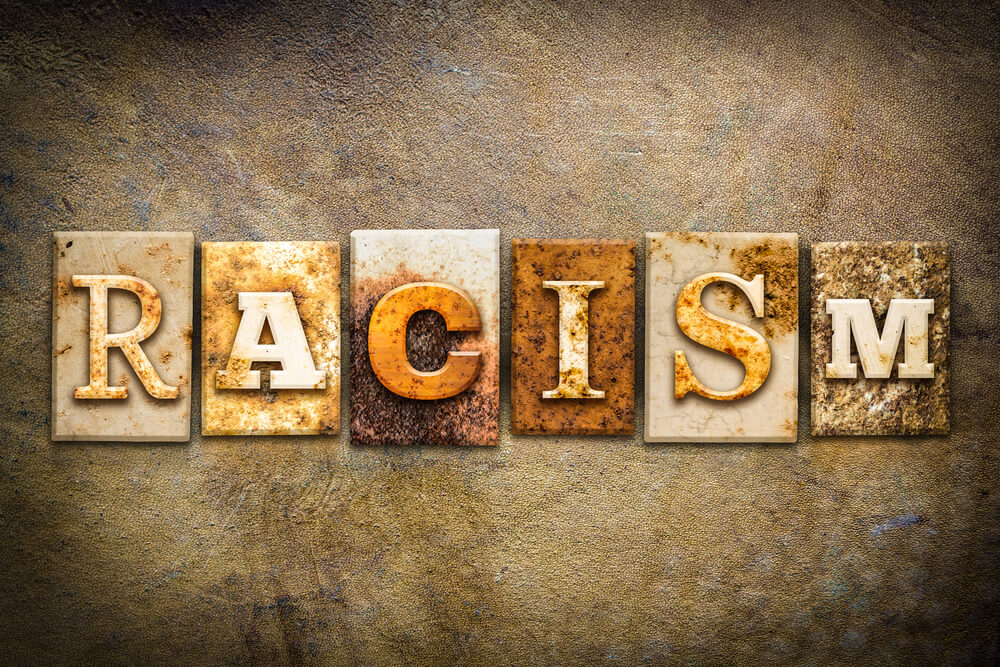 Harrassment, discrimination, and victimization (blaming the victim) against the Chinese and people in other Asian countries are visible to the naked eye. In social networks, popular treatment tips are spread, myths about the emergence of a new virus, and with them racism: from assumptionsthat the virus “leaked” from a secret laboratory, to accusations that “uncivilized” Chinese were to blame for everything. their eating habitshygiene and everyday life.

“Horror, no words, - says in the caption to a video on an animal rights public on Instagram in which an Asian-looking girl eats centipedes. - I understand everything, a different culture. In Asia, they eat everything that moves, and then they wonder where the new forms of viruses come from! ”

The video has tens of thousands of views, under the post - hundreds of comments like “this is not a culture”, “these are not people, but primates”, “this is as disgusting as the Chinese themselves”, “wild monkeys, let the earth be cleansed”.

Some people in the comments object: “Everyone should know that these artificially derived viruses are spreading only to Asians” (spelling and punctuation of the author is preserved).

Another videocirculating on the internet shows a girl eating soup with a bat. Comments under this video also condemn the Chinese for "bad habits" in eating, blaming them for the spread of the coronavirus.

Theories about how the virus is transmitted are also popular: from versions about packages from Aliexpress to assumptions about the dangers of Chinese restaurants and in general any sneezing Chinese... “When you sit in your favorite Chinese restaurant and hear a cough from the kitchen,” spoken with meme with an amazed black man at the table.

Meanwhile, scientists and doctors are still not known for certainhow exactly the causative agent of Covid-2019 appeared. One of the most likely theories claims that the zoonotic virus was somehow transmitted to humans. from bats - their specific immune system allows them to carry many viral infections.

However, this theory suggests the existence of another link between the man and the bat. Such a link could be located in the fish market in Wuhan - the epicenter of the outbreak - where the illegal trade in rare and exotic species of animals was conducted. Some experts count them.that such close proximity to so many species that might not otherwise have met could have facilitated the spread of new diseases. There is an assumption that such a link - or one of the links - could be pangolin.

And what in real life?

From social networks and the media, racism spills over into real life, where it does much more harm. Many overseas Chinese - in Russia, Ukraine, Britain, France, the United States, Canada and many other countries - say attitudes towards them have changed amid the outbreak. “Some treat us as if we are a virus,” says Shao, a resident of Kiev.

On the subject: Not all patients are equally contagious: who are the superpreparants of Chinese coronavirus?

Kazan hostel hung a sign banning entry to Chinese recently flown from China, later stating that "it was not racism."

Two Chinese tourists in Tallinn ended up in the hospital after the employee of the hotel where they were staying called an ambulance, finding it suspicious that guests rarely leave their room. Suspicions were unfounded: Chinese tourists were completely healthy.

Many Chinese people talk, if not about insults and actions, then about insulting jokes that hide micro-aggression.

Racism, sociologists say, often goes unnoticed by those who allow themselves such statements and behavior. But for those against whom it is directed, “words and actions are equally painful,” says Roger Keil, a professor at York University.

Neither the 1 North American H1N2009 swine flu outbreak nor the 1996 E. coli outbreak in Scotland were racial. On the contrary, infections that appeared in Asia, like the new coronavirus and SARS in 2003, or in Africa - like the Ebola virus in 2014 - quickly acquired a "racial component" in the public consciousness: they began to be associated with specific groups of people and their behavior.

According to Roger Cale, an explanation for this should be sought, first of all, in the history of colonialism.

“Racism has historically worked as the logical equivalent of white supremacy. White skin is believed to be associated with cleanliness and health. And colonial history has raised suspicions about the non-white population, ”says the professor.

Such an explanation is consonant with the findings of the researcher Kariann Leo describing consequences of severe acute respiratory syndrome, also known as SARS, for Asian minorities in Canada in 2003. SARS, having symptoms similar to the new coronavirus and sharing 80% of the DNA with it, then killed almost 800 people, more than 8 thousand became ill.

“As a result of SARS, members of the Chinese and Asian communities felt stigmatized and experienced cases of exclusion, discrimination and harassment,” she described the situation in 2003.

In her study of the origins of the link between racism and disease outbreaks, Leung uses the term “yellow menace” dating back to the late XNUMXth century.

Its authorship is often attributed to the German Kaiser Wilhelm II: in the 1880s, he allegedly had a dream in which Buddha, riding a dragon, threatened to invade Europe. Historians point out that the alleged "yellow threat" from the "new world superpower" was an important part of William II's foreign policy.

The rise of emigration from East Asia to North America and Europe, cheap Chinese labor and colonial expansion in the XNUMXth century contributed to the spread of this fear of an “Asian other” threatening the well-being of the Western world.

Leung recalls in his work that at the end of the XNUMXth century, local authorities compared Vancouver's Chinatown with an “ulcer” on the body of the city, placing it in the same category as city sewers, slaughterhouses and pig farms, as an object requiring regular sanitary inspections.

Chinatowns and Asian regions, for example, at the beginning of the XNUMXth century Limehouse in London, were associated not only with physical illnesses, but also with moral decay: sin and perversion, sex trade, smoking opium and gambling allegedly flourished here.

The media, politicians and popular culture eagerly picked up all this, cultivating stereotypes and racial hostility until recently.

“This new virus has exposed something that has always existed in a latent state, not on the surface: the fear of the other and the idea that bad things come from somewhere outside,” says Professor Keil.

On the subject: Scientists have found a universal way to protect against all viruses at once

“There is a pattern of anti-Chinese racism associated with disease outbreaks. This is almost a ready-made template that shapes the public response to each outbreak, as it was in 2003 with SARS and is now happening with the coronavirus, the researcher adds. “It's a strange phenomenon that seems to be as difficult to explain as it is to eradicate.”

"Wash your hands and don't be a racist"

Racism is one of the main driving forces behind dehumanization, says Professor Roger Keil. According to him, as soon as a connection between certain groups of the population and diseases is established in a society, “it becomes almost impossible to separate the marked group from the image of the threat”. The consequences of such racism can be far more devastating and lasting than the outbreak itself.

ИErica Lee, a historian and professor of Asian studies at the University of Minnesota, advises: each time, publishing another post on social networks about coronavirus or interacting with people in life during an outbreak, stop and ask ourselves: would our reaction be the same if the virus didn’t originate in China , but in any European country?

Roger Cale agrees with this opinion. “Anyone can make an effort to avoid making unnecessary generalizations by taking precautions to protect against the virus,” the professor said. "Instead of avoiding people with a certain background or, for example, not eating in Chinese establishments, you better wash your hands and practice good hygiene."