Home Educational program Not just the court: what can Trump do to challenge the election results

Not just the court: what can Trump do to challenge the election results

Congratulations to President-elect Joe Biden come from politicians both inside and outside the United States, but so far there has been no word from Donald Trump. QZ. 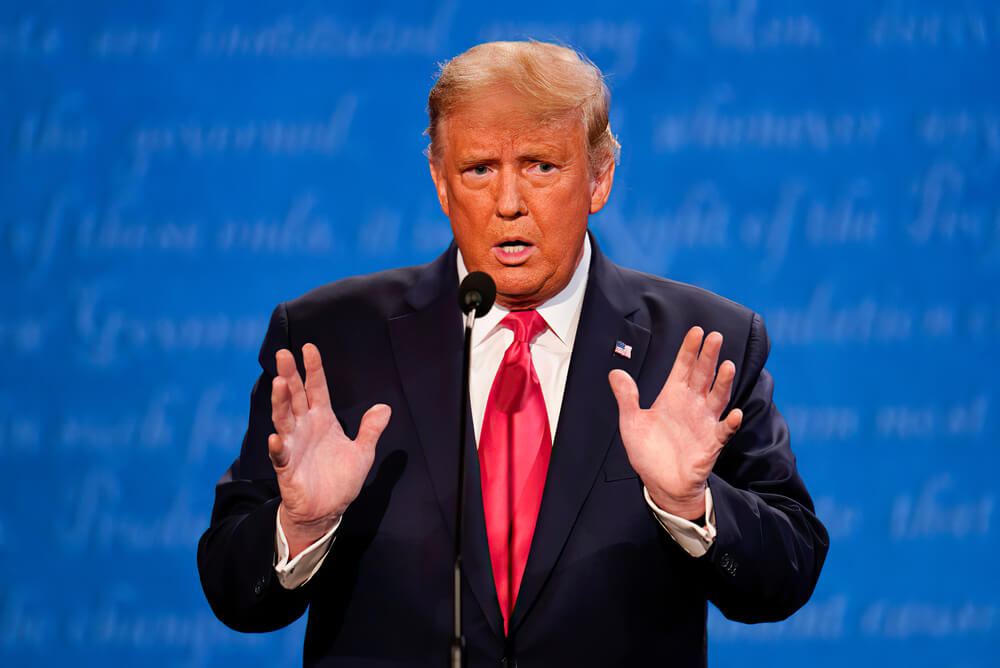 His usually chatty Twitter account went silent after a Saturday morning tweet in which Trump showed no intention of following the long-standing American tradition of losing presidents and admitting defeat after the election results were announced.

The tradition of a losing candidate reaching out to a winner to say, “Hey, this is your victory, good luck,” began in 1896 when William Jennings Brian sent William McKinley a telegram of good wishes. Hillary Clinton called Donald Trump on election night 2016 to congratulate him and offer her support. ("He was so shocked," Clinton told Howard Stern in December 2016. "I think he was more shocked than me.")

During the count, Trump made it clear that he did not consider Joe Biden's victory to be legitimate. At a press conference this week, Trump made allegations of corruption and electoral fraud, but provided no evidence.

Whether Trump will ever be able to phone Biden with congratulations is an open question.

So what happens if the president never gives in? There is no law requiring a written or oral transfer of presidential powers between the incumbent president and his successor. Trump's refusal to acknowledge victory is like an athlete's refusal to shake hands at the end of the game: looks bad, but otherwise irrelevant (just as hard to imagine Trump sitting behind Biden at the inauguration ceremony).

However, beyond etiquette, there are many ways to complicate things. In August, the Transition Integrity Project (TIP) - a bipartisan group of 100 current and former senior government officials and election experts - released a report detailing what the contested elections might turn out to be. Here are some options:

1. Transfer of the vote count to the court

Trump has filed multiple lawsuits in hesitant states as part of a strategy tied to unique voting dynamics this year. A record 65 million ballots have been mailed due to the pandemic. Democrats voted more often by mail this year, so Biden was favored on those ballots. This means that election day results tended to be in Trump's favor, but varied as the mailing ballots were counted. Trump took advantage of this to report fraud (unproven). So far, the courts have largely not sided with him, but even one favorable decision by the state's Supreme Court could lead to a battle that goes to the US Supreme Court.

There are precedents here. In 1960, Richard Nixon conceded despite contested results in Illinois, and in 2000, Al Gore conceded after the Supreme Court ruled to end the recount in Florida. To succeed with lawsuits, Trump will need to provide evidence of ballot tampering at certain sites.

On the subject: Republican split vs 'Trump has nothing to lose': US elections through the eyes of Russian-speaking American politicians

2. Use of the electoral college

States give popular vote the power to appoint electors, but Trump and his allies can use friendly legislatures and state governors to send alternate or additional electors. When the electoral college meets on December 14, states with competing electors will cast twice as many votes as they should. This will force Senate President Mike Pence, who is in charge of organizing the electoral college vote, to figure out what to do with the extra votes. If Pence throws out the extra votes he sees fit and none of the candidates gets 270 votes, the House of Representatives will decide. And there, each state will get one vote; currently 27 states in the House are represented by a Republican majority.

In theory, House Speaker Nancy Pelosi could prevent House members from entering the hall to witness the vote count after such a vote. According to the rules, it should take place "in the presence" of the governing body. If she announces the suspension of her activities for an indefinite period, for example, until Inauguration Day, she will be able to declare her right to the presidency through the line of succession - ForumDaily already wrote about it.

On the subject: Biden received more votes in the election than any other candidate in US history

These first few perspectives are not mutually exclusive. Pence could use conflicting electoral votes to declare Trump's victory, while Pelosi could delay that technical victory until inauguration day and declare himself president. In this situation, all three claims to the presidency will be justified.

In all of these scenarios, a lot depends on how GOP officials view Trump's strategy. Some of the more troubling scenarios outlined by the TIP, including Trump's attempt to deploy the National Guard, may not receive support from Republicans. Party members are already distancing themselves from Trump's vilification of the electoral process.

Of course, there is a chance Trump will simply refuse to leave the White House in January. But the Constitution leaves no room for maneuver on this front: The 20th Amendment states that "the terms of office of the President and Vice President expire at noon on January 20, and then the term of their successors begins."

“I think there will be a point where a group of leaders will go to the White House to announce, 'Mr. President, it's over,” Michael Steele, the former chairman of the Republican National Committee who participated in TIP, told the Boston Globe. "And, of course, the Secret Service or US marshals can at this point portray Trump's private citizen as an offender."

“If the president is chained to the Resolute table,” Steele said, “the new president might come in and tell the Secret Service, 'Could you come in and take him out, please?'

Supporters of the incumbent president also do not sit idly by and have created petition for recount or complete cancellation of results the 2020 U.S. presidential election.

“In the last election, we witnessed the greatest injustice against the American voter. Our goal is to recount all results or to conduct a second vote with more careful tracking of the process of receiving and counting votes. Voters in the United States of America are tired of distorting election information in the media. We believe that some states acted unconstitutionally due to a lack of transparency as to where the votes came from and how they were processed. We also ask that no media report on the victory of this or that candidate until all 100% of the votes have been received, counted and verified, ”the petition, which has already been signed by more than 2,2 million people out of 3 million needed.