Home Educational program Joe Biden won the presidential election: what to expect for US residents

The Democratic candidate and rival of the incumbent President of the United States Donald Trump Joe Biden bypassed his rival and, according to preliminary data, won the presidential election... What did Biden promise his voters? Back when he officially announced his participation in the 2020 presidential race, Joe Biden stated that he stands for two things - the workers who "built this country" and the values ​​that can bridge its divisions. Reminds of this Air force. 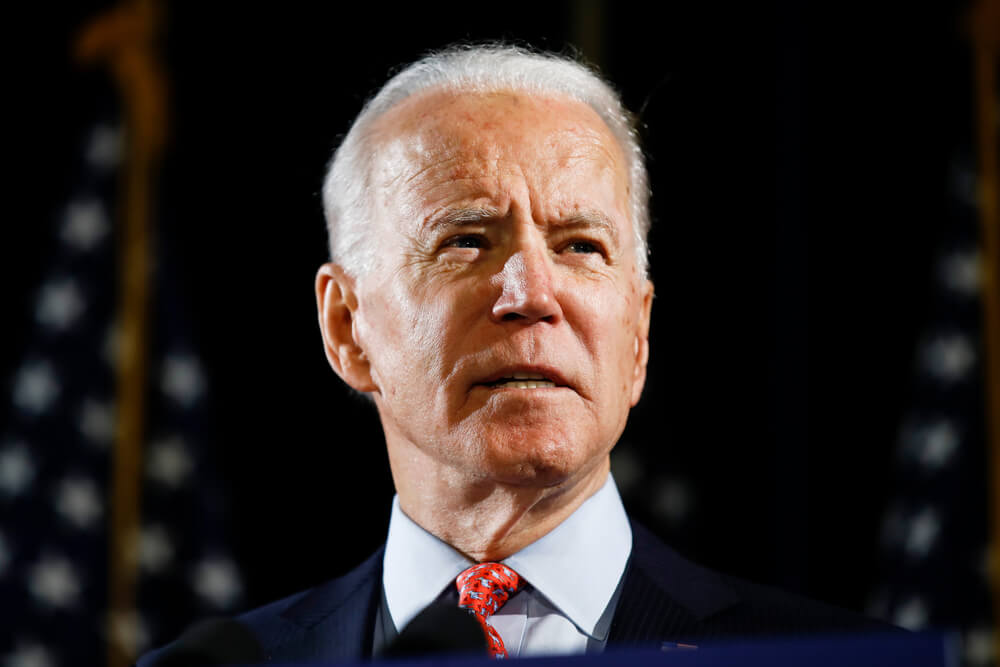 The United States faces challenges ranging from coronavirus to racial inequality. And Biden's goal, according to his agenda, is to create new economic opportunities for workers, restore environmental protection and the right to health, and international alliances.

It discusses in detail the candidate's position on key issues.

Biden's approach to tackling the coronavirus, the most urgent and obvious challenge facing the country, is to provide free testing to everyone and hire 100 people to create a national contact tracing program.

He says he wants to create at least 10 testing centers in every state, urge federal agencies to commit resources, and enforce tougher national guidance through federal experts. Biden states that all governors should require the wearing of masks.

Raising the minimum wage and investing in green energy

To address the immediate fallout from the coronavirus crisis, Biden has pledged to spend “whatever it takes” to provide loans to small businesses and increase direct cash payments to families. The proposals include an additional $ 200 in Social Security payments per month, the elimination of Trump-era tax breaks, and the write-off of student loans up to $ 10 in federal loans.

He supports raising the federal minimum wage to $ 15 an hour, a measure popular with young people and a totem figure for the Democratic Party in 2020 and a sign of its shift to the left. He also wants to invest $ 2 trillion in green energy, arguing that the development of green manufacturing helps the working class unionists who do most of the work.

There is also a $ 400 billion pledge to use federal dollars to buy US goods, along with a broader commitment to enforce the Buy American Act for new transportation projects. Biden was previously criticized for supporting the North American Free Trade Agreement (Nafta), which critics say was driving jobs abroad.

His plan calls on the federal government to invest $ 300 billion in American materials, services, research and technology.

Biden promises not to raise taxes for those earning less than $ 400 a year. If Biden brings his agenda to fruition, then most of the tax burden will be borne by high-income individuals. Analysis Penn wharton budget model shows that those who earn less than $ 400 a year will see an average 000% decrease in after-tax income, and those who earn more than this amount will receive 0,9% less in their hands than before the innovations Biden.

The former vice president also proposes to increase the tax credit for children and restore credit for first-time home buyers.

Biden's plan calls for an increase in the maximum federal income tax rate from 37% to 39,6% for those with taxable income in excess of $ 400. He also wants to tax wages in excess of $ 000 on Social Security. Now people who earn more than 400 a year do not pay it. Estimated Tax foundationthis can be a real problem for the wealthy living in states with high local taxes (California, New Jersey, New York). Their combined tax burden (state and federal taxes) can exceed 60%.

The famous rapper 50 cent is outraged by Biden's idea and announced that he will leave the United States if he wins. The artist is not ready to give 62% of his income to the government.

Estimated Urban Brookings Tax Policy Center, such innovations will lead to the fact that the 1% of US residents with the highest income, the amount on hand after taxes will be reduced by an average of 15,9%.

According to Biden's plan, the corporate tax rate will rise from 21% to 28%. It will also set a minimum tax on "book" corporate profits of 15% and increase the tax on international profits. According to the analysis by Tax foundationThe proposed business taxes will bring the US budget $ 2,4 trillion to $ 4 trillion over 10 years.

President Donald Trump canceled the individual mandate in 2017 as part of his tax reform. Biden intends to recover tax penalties for lack of health insurance.

Reducing the price of prescription drugs

Biden intends to repeal a law that now prohibits Medicare representatives from negotiating with drug manufacturers to reduce the cost of medicines. He also wants to curb price increases "for all overpriced branded, biotech and generic drugs."

Consumers will also be able to buy prescription drugs from other countries where prices are much lower. According to Biden's plan, this will help mobilize competition and lower prices in the American market.

Illegal immigrants will also be able to buy health insurance

In the first 100 days of his tenure, Biden promises to reverse Trump's policy that separates parents and children at the US-Mexico border, as well as lift Trump's travel bans for citizens of several countries (predominantly Muslim) from entering the United States. He also promises to protect the "dreamers" - people illegally brought to the United States as children, who were allowed to remain in the country in accordance with the policies of the Obama era - and to guarantee them the right to federal student aid.

Joe Biden's agenda basically boils down to returning immigration policy to the state it was in under Barack Obama.

To do this, he intends:

In a marked shift to the left, Biden proposed several important elements of education policy that have become popular in the party: student loan debt relief, the expansion of free colleges, and universal access to preschool. According to the plan, they will be paid with money received from the repeal of the Trump-era tax breaks.

Following the racial protests that gripped the US this year, Biden said racism still exists in the US and needs to be fought with sweeping economic and social support programs for minorities. His program provides support for minority businesses through a $ 30 billion investment fund.

On the criminal justice front, he has strayed far from his criticized "tough on crime" stance of the 1990s. Biden has now proposed policies to reduce the number of prisoners, eliminate disparities in the justice system based on race, gender and income, and rehabilitate released prisoners. He now promises to create a $ 20 billion grant program to encourage states to invest in efforts to reduce prison prisoners, abolish mandatory minimum sentences. decriminalize marijuana at the federal leveland abolish the death penalty.

However he rejected calls for police definancing, stating that instead, resources should be tied to maintaining standards. He argues that some of the funding for the police should be diverted to social services such as mental health, and is calling for $ 300 million in public order.

For more details on Biden's plans, see page of his campaign headquarters.