Home Page World What presidents fly on: 10 planes of the world's largest leaders

It's no secret that world leaders travel with style. Despite the fact that the flying fortress of the Russian president for 500 million dollars or the 1,5 billion fleet of the royal family of Qatar looks luxurious, they are primarily created and equipped to protect the heads of state during their travels. 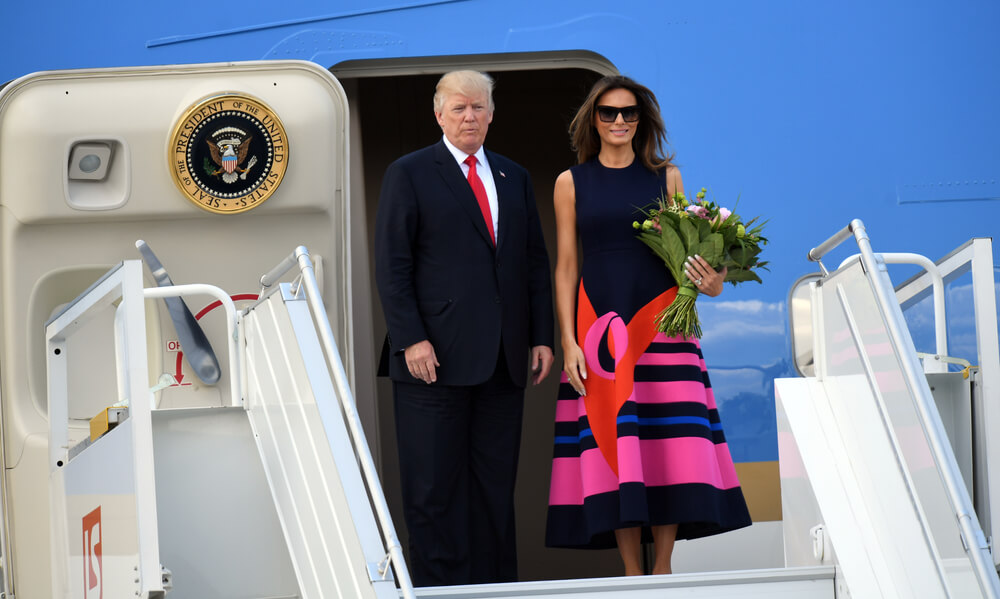 Although filming and photographing presidential planes is a rare piece of luck, something is known about the planes of the world's largest leaders. Business Insider.

When US President Donald Trump sets off on a journey, he flies on the upgraded Boeing 747-200B. In fact, there are two, but the presidential one is called Air Force One. Blue and white double-decker aircraft have been in flight for 25 years. Air Force One is equipped with electromagnetic pulse protection and is equipped with a secure communication line. It even has a fully equipped medical kit that can serve as an operating room. Onboard can fit 100 people. The cost of the aircraft is estimated at 1 billion dollars. 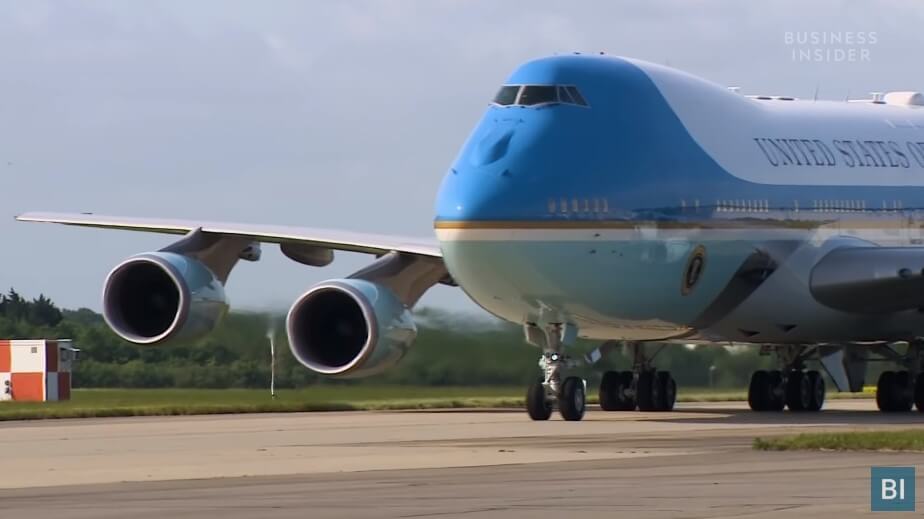 Russian President Vladimir Putin has the largest fleet - only 132 aircraft. His main transport? IL-96-300 Russian production. The outside of the plane is painted with a special coating that makes it difficult to detect on radars. The aircraft has radar jammers and protection against air attacks. Inside there are tapestries, lots of gold, a study, a bedroom, and a full gym for the president. The cost of the plane is $ 500 million.

On the subject: 12 ordinary things that are forbidden to do the president of the United States 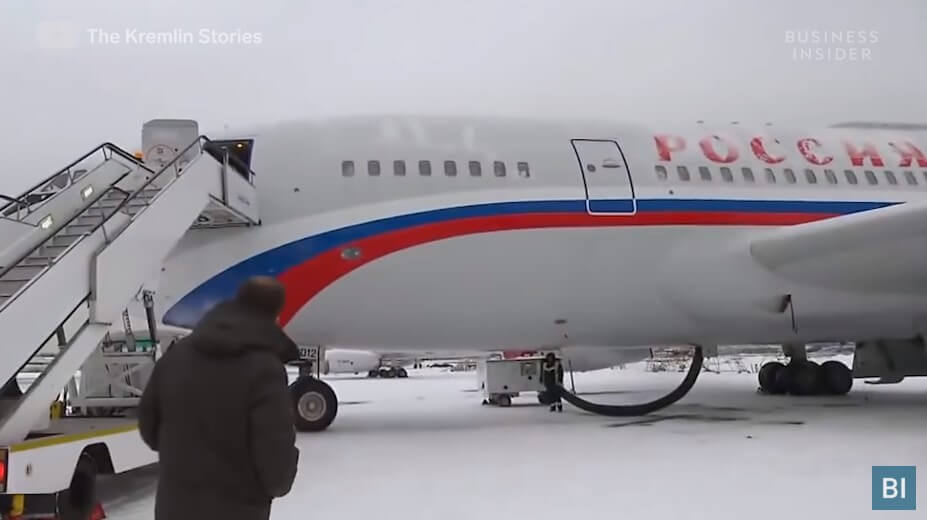 Unlike US and Russian leaders, Chinese leader Xi Jinping does not have a designated aircraft. He flies in one of two Air China Boeing 747 airlines. Each of them costs about 250 million dollars. When they don’t carry C, planes are used for regular commercial passenger flights, so inside they are regular. But when the president needs one of them, the planes are checked for additional safety, they equip the bedroom and office. 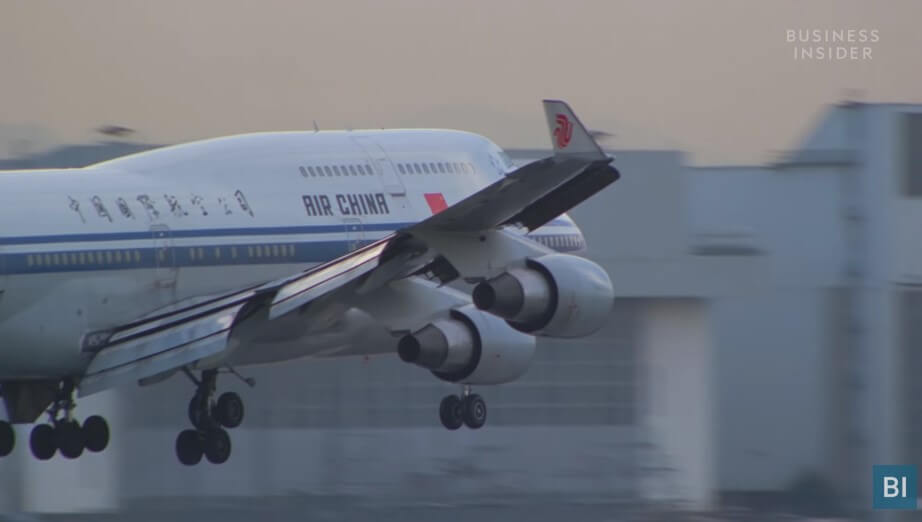 For his overseas travels, South Korean President Moon Jaein rents a Boeing 747-400 from Korean Air. The exact rent is unknown, but a regular Boeing 747 costs about 240 million dollars. The 10-year lease expires in the 2020 year, according to reports, the president is looking for a personal flight. At the moment, he has a white 747 with red and white accents on the case. The aircraft is equipped to protect against missiles and radar interference. 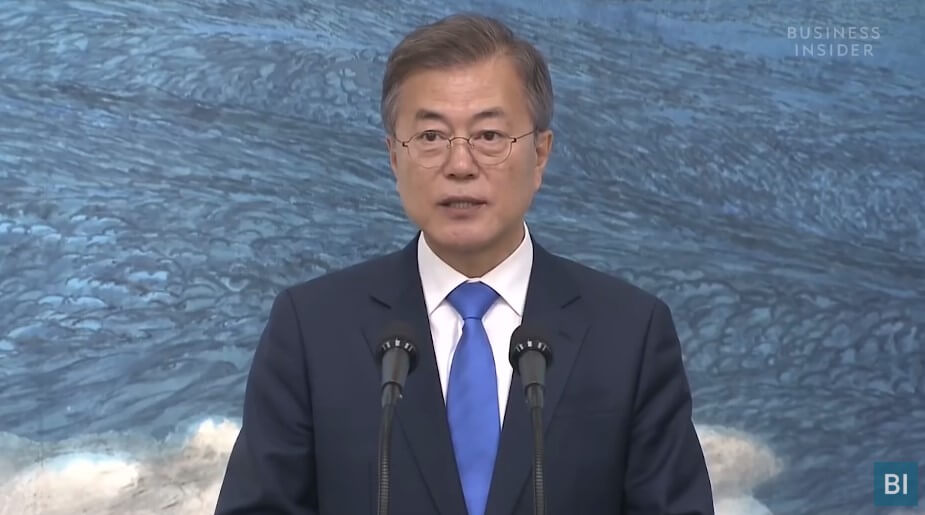 The emir of Qatar owns the most expensive fleet in the world, the cost of which is 1,5 billion. He has two Boeing 747-8 BBJ aircraft. Whenever the emir travels, he uses more than one aircraft to transport all of his goods and his surroundings. 1000 people accompany him on any flight, and the cargo includes food and even limousines, which he will use for his intended purpose. Members of the royal family also use his fleet. 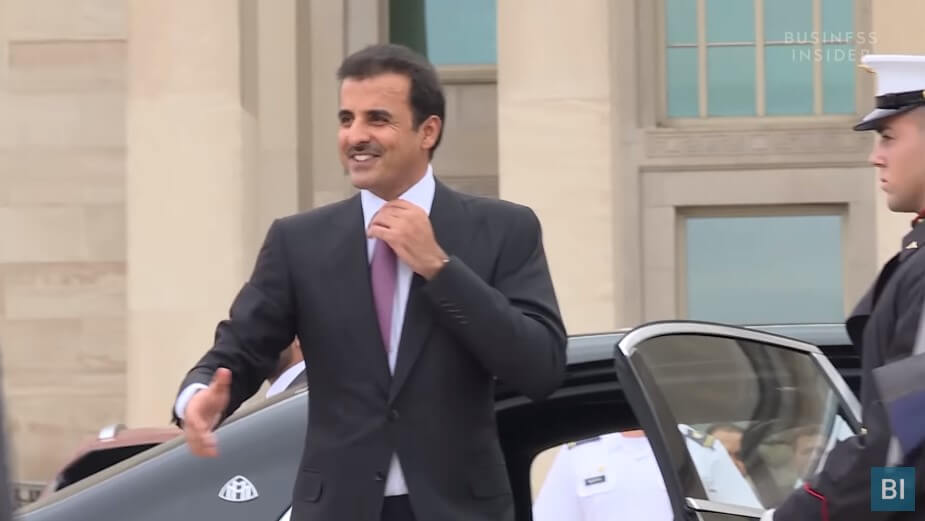 German Chancellor Angela Merkel flies on one of two Airbus A340-300 airliners, known as Conrad Adenauer and Theodor Hayes. Prior to Merkel, the A340 were Lufthansa's passenger aircraft. They can accommodate about 143 passengers and are equipped with bedrooms, showers, offices and soundproofed conference rooms. Each of A340 costs about 300 million dollars. 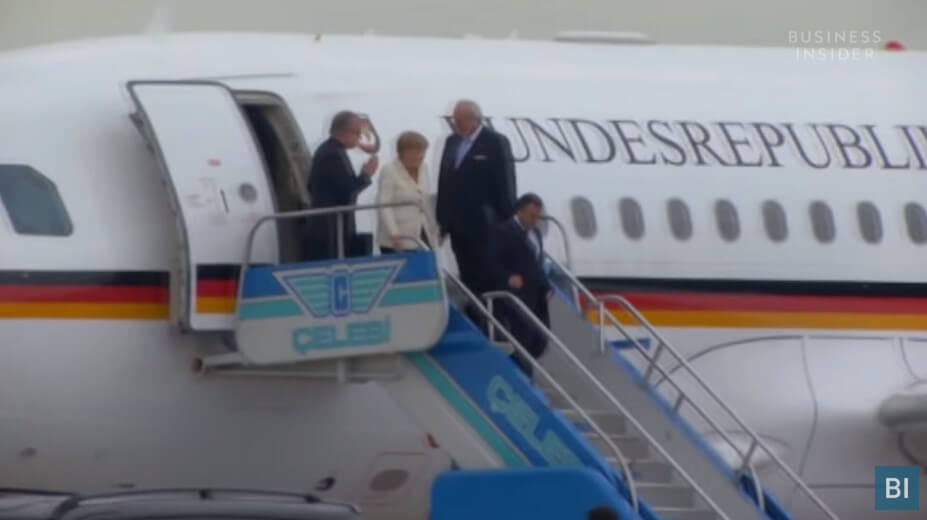 UK Prime Minister flies on the Airbus A330, which costs 250 million dollars. This is largely a passenger plane, but air refueling capabilities have been added and the interior has been completely redone. In front of the aircraft there is a room with a curtain separating it from the rest of the cabin. There are 58 business class seats and 100 economy class seats for journalists on the plane. It holds a record among the aircraft of the world leaders in passenger transportation capabilities.

The royal family boasts its own fleet of 100 million dollars with 10 planes and 3 helicopters.

On the subject: How Trump and Putin will survive the end of the world and who will be saved first 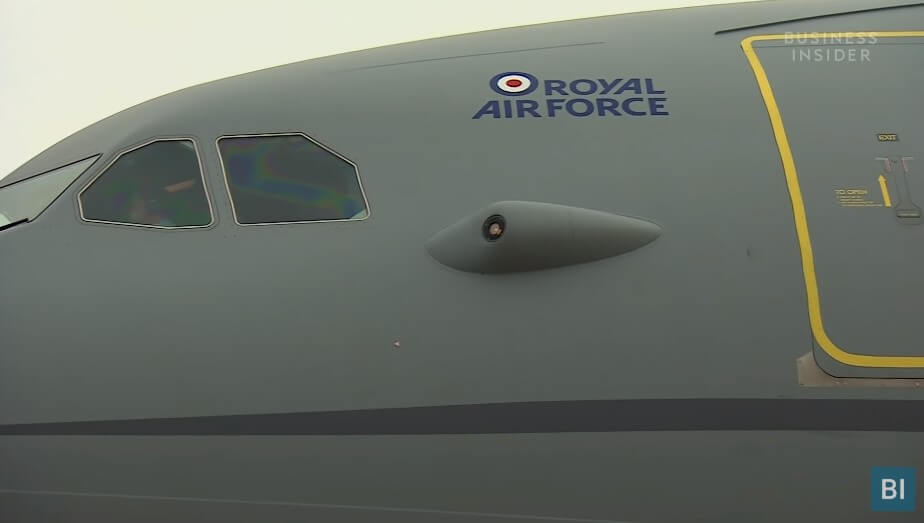 President Hassan Rouhani travels abroad on the Airbus A430, which once belonged to Air Canada and Turkish Airways. His plane is the only operated Iranian airline Dena Airways. Price unknown. 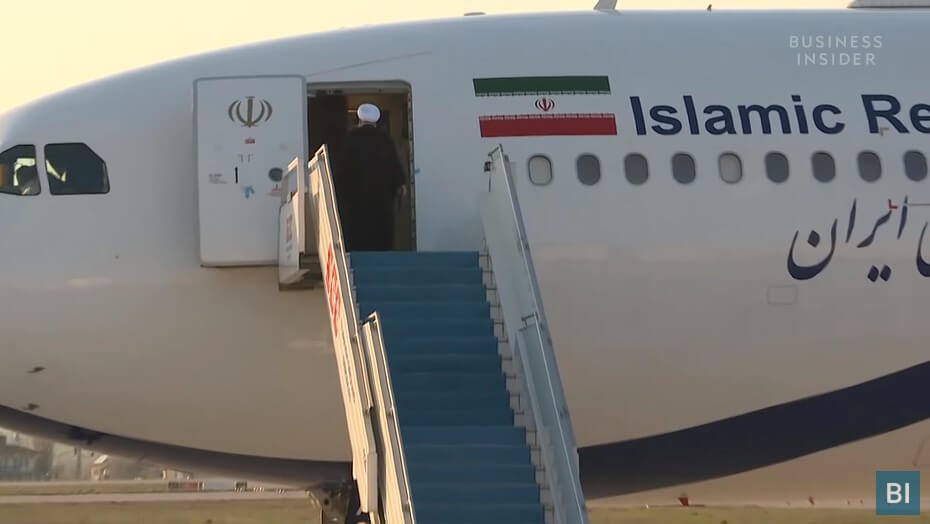 The Turkish fleet has an impressive number of commercial aircraft converted for VIP transportation, including the Airbus A330-220, Airbus A340-500 and the private Boeing 747-8. The latter was a gift to the President of Turkey from the Government of Qatar. Initially, it accommodated 400 people, but was redesigned. Now it can carry 76 passengers in first-class apartments, salons and conference rooms. There is even a hospital on board. A plane costs a whopping 500 million dollars. 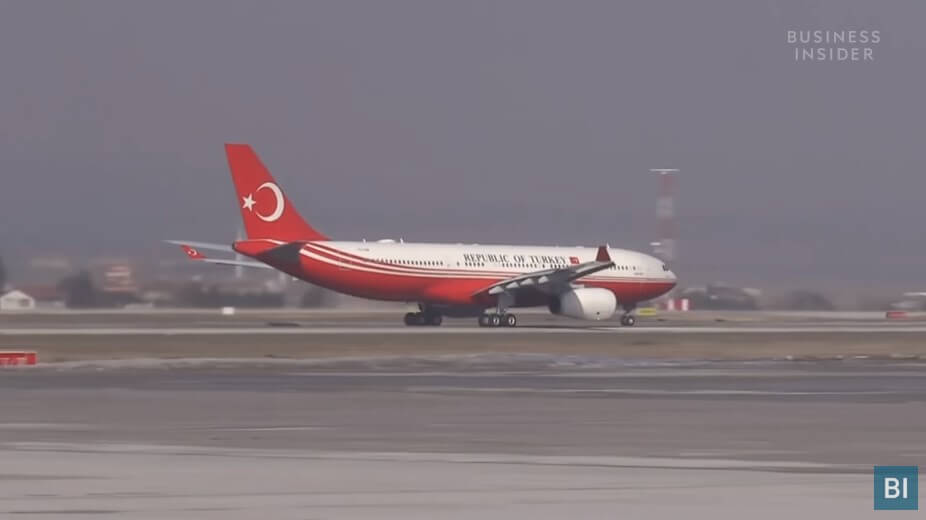 President Jair Bolsonaru uses the Airbus A319 for international flights and VIP Embraer for short flights. The Brazilian Air Force calls it VC-1A, but it is officially named after the famous pilot Alberto Santos Dumont. In front of the plane there is a presidential room with a conference room, an office and a bedroom.

Strange odor crash landings: what could be causing and is it dangerous?

Record traffic jams and crowded airports: how to travel on Thanksgiving